Home >> SEO >> What is Panda Update? Everything you want to know

What is Panda Update? Everything you want to know 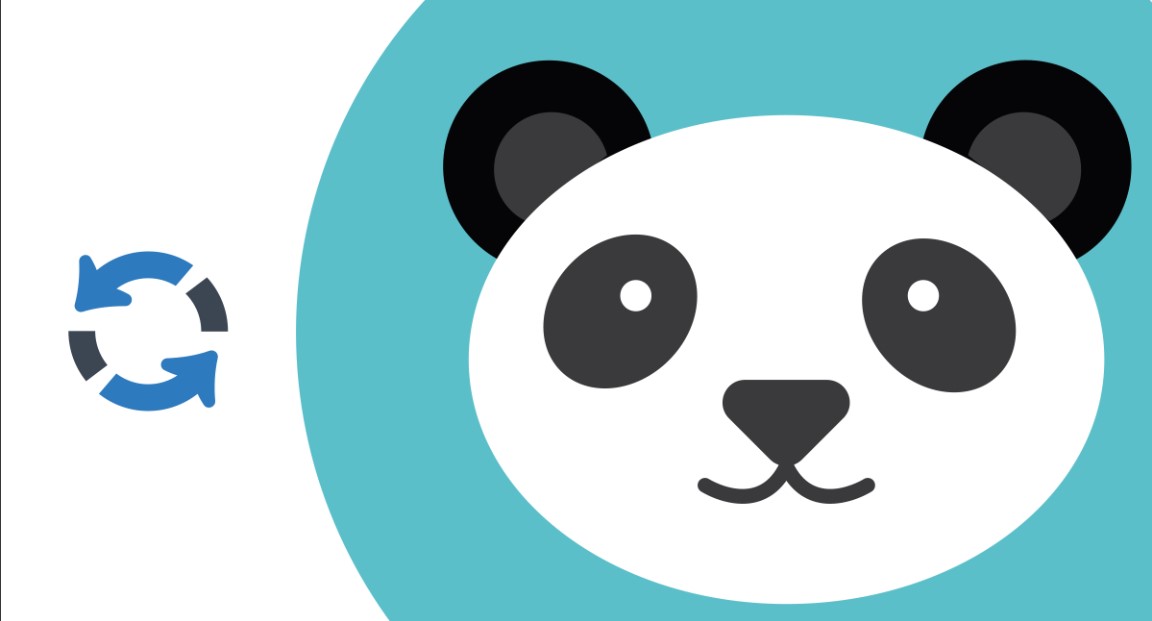 What is Panda Update? A Google update for evaluating the quality of website content.
If you do a good SEO against this Panda update criteria, you will be more likely to be evaluated by Google.

On the other hand, providing low-quality content will lead to penalties (significant drop in search rankings and de-indexing).
To avoid this bad situation, take advantage of the Panda Update evaluation criteria to improve the quality of your content.

Based on this point, this time, I would like to explain the points in an easy-to-understand manner for beginners, focusing on the definition of Panda Update and countermeasures.

For example, publish a page that copies the content of another site.
After that, let’s say that the keyword ranking corresponding to the published page drops significantly.
In this case, duplicate content may have resulted in a low rating from Google.
At this time, “panda update” is used to evaluate the quality of content.

Origin of the Panda Update

There is a theory that the origin of the name of the Panda update comes from the name “panda” of Mr. Navneet Panda (Mr.
Also, the update will finally make the site good or bad.
There is also a theory that it was likened to the “panda”, a black and white animal.

Read Also: What is the difference between SEM and SEO?

The panda update is unique in that it is part of the Google core algorithm.
Also, before becoming part of the core algorithm, it was regularly performed under Google’s official announcement.
In addition, content-centric evaluation influences search rankings.

Part of the Google Core Algorithm

As such, being part of the Google core algorithm is one of the features of the Panda update.

By the way, even if it is incorporated into the core algorithm, it does not mean that it will be updated completely automatically.
It says that sometimes you do a pandas update manually.

Was carried out regularly (history)

Panda update was carried out on a regular basis.

For example, on February 24th, 2011 the Panda update was introduced.
After that, the panda update was repeated many times, and July 18, 2015 was the last.
A total of 29 panda updates were implemented from the introduction to the end.

In this way, one of the features of the Panda update was that it was implemented regularly.

By the way, at the time of these panda updates, there were often Google official announcements (notices [announcements] and post-event reports).

For example, let’s say you have a site with high quality content and many good backlinks.
In this case, only the high quality of the content content is evaluated.
So backlinks are basically not evaluated.

In this way, one of the features of the Panda update is that it focuses on content.

For example, let’s say you don’t have a lot of content on a particular subject.
In this case, it becomes less specialized.
If that happens, your EAT won’t go up, so you won’t get good reviews from Google.
As a result, it will be difficult to improve your search ranking.

In this way, one of the features of the Panda update is that it affects search rankings.

By the way, the higher the quality of your content, the easier it is to get good ratings from Google.
As a result, your search ranking will also improve.

This difference in purpose is the major difference between the Panda update and the Penguin update.

By the way, many of the features are the same, such as being part of the core algorithm, affecting search rankings, and having been updated independently many times in the past.
that’s why, There is no big difference between the Panda update and the Penguin update regarding these features.

How to deal with Panda update

Panda updates are part of the core algorithm.
So, if you implement the panda update measures well, it will be easier to be evaluated by Google.

Also, regarding measures against the panda update, Google officially mentions it in ” Advice for creating a good site “. I hope I summarized the gist of this advice and explained how to deal with the panda update.

To consider the user’s search intent, See the trends of your top competitors.

For example, search with SEO keywords (keywords you want to be displayed at the top) and see the trends in the title names and content of the top competing sites that are displayed.
Incorporate that trend into your content.
Include SEO keywords in the title name.
The result is a web page that contains the information the user is looking for.
As a result, it becomes easier to be evaluated by Google.

In this way, considering the user’s search intention is the key to taking measures against the panda update.

To increase EAT, Increase your specialization.
For example, choose keywords that relate to the theme of your site.
Then write content with that keyword and increase the number of pages.
This will make your site more professional as it will cover specific information.

Add value by including unique content such as reports, research, and analysis, as well as insightful and interesting information.
In addition, we will reduce spelling and grammatical errors, and improve the quality of reading in magazines, encyclopedias, and books to make the site more reliable.
This will make your site more authoritative and recommended by others.

As a result, EAT will increase, so it will be easier to be evaluated by Google.

In this way, increasing EAT is the key to countering the panda update.

To enhance your page experience, Convert to SSL.

For example, issue an SSL certificate with a contracted rental server and set it up.
Then, rewrite the http of the URL of the loading file in the site and the internal link URL to https.
It also forwards from http to https with a 301 redirect.
This will make your site more secure as it will be encrypted with SSL.
As a result, it becomes easier to be evaluated by Google.

In this way, improving the page experience is the key to countering the panda update.

By the way, getting rid of annoying interstitial ads, safe browsing issues, mobile friendliness, and faster page loads all add up to a better page experience.

Things to avoid when dealing with panda updates

Even if you take measures against the Panda update, if you adjust it inappropriately, it will have the opposite effect.
As a result, it will be difficult to be evaluated by Google.

This improper adjustment is described in the ” Specific Guidelines ” section of our Webmaster Guidelines.
I will summarize the main points from this guideline and explain what you want to avoid in countermeasures against the panda update.

Providing low quality content you run the risk of being penalized.

For example, copy and paste all the contents of other sites and publish the page.
In this case, it is reproduced without permission and contains almost no original content.
If so, you are more likely to be penalized for violating Google guidelines.
As a result, it leads to a drop in search rankings and removal from the index.

Thus, providing low-quality content is a point to avoid in the countermeasures against the Panda update.

If you provide different content to users and search engines, more likely to be penalized.

For example, embed hidden text within your content controlled by CSS.
In this case, the content of that hidden text is visible to search engines, but invisible to users.
Doing so would be an act of deceiving the user.
As a result, there is a high possibility that you will be penalized for violating Google guidelines.

In this way, providing different content to users and search engines is a point you want to avoid in countermeasures against the Panda update.

Summary: Use the Panda Update Evaluation Criteria to Improve the Quality of Your Content

Utilizing the evaluation criteria of the panda update, Improve your content quality.
For that reason, it is important to understand the evaluation criteria and take appropriate SEO measures.
Specifically, we take into account the user’s search intent, EAT, and page experience.
By doing so, the quality of the content will increase, so it will be easier to be evaluated by Google.

On the other hand, providing low-quality content increases the risk of penalties.
In the worst case, it will lead to a significant drop in search rankings and index deletion.
To avoid such a bad situation, take advantage of the Panda update evaluation criteria and improve the quality of your content.

PreviousWhat is the difference between SEM and SEO?
NextWhat is Black Hat SEO and White Hat SEO?