Home >> Pets >> where does wild rabbits live & what is their lifestyle?

where does wild rabbits live & what is their lifestyle? 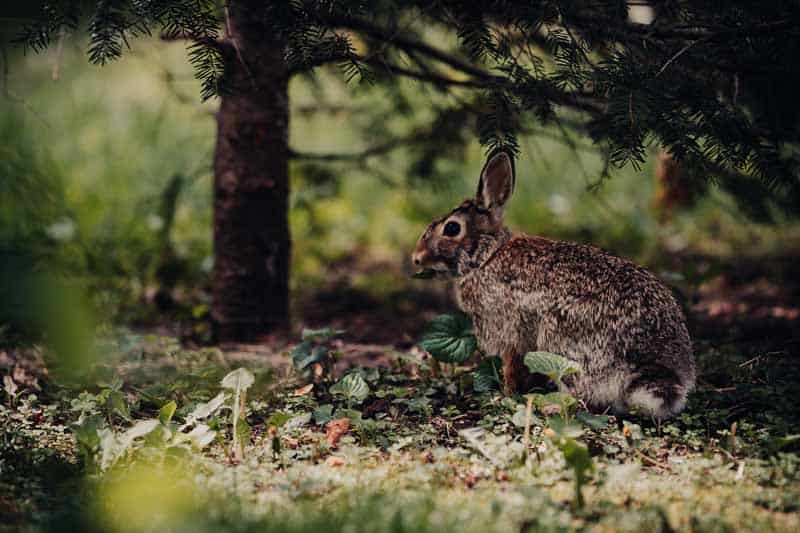 Most often people, after seeing the cute and fluffy rabbits, starts thinking about their relatives. They make a perception about their relatives that live in the brutal wilder environment. They think either they lead the same carefree life on the juicy grass growing in the meadows and lands. This is merely a misconception since every new day for wild rabbits is a constant struggle for survival on the lands. The big question arises, where does wild rabbits live?

The wild rabbits are always in search of some food, without the consideration of the season and weather. Besides food, shelter is also a big problem for wild rabbits. They also have to think about how to prevent themselves from all kinds of predators.

Who are wild rabbits?

Wild rabbits are smaller in size. The body length of wild rabbits ranges from 32 to 46 centimeters. This length is not more than two kilograms.

The wild rabbits are available in heterogeneous colors. Wild rabbits have a brownish-gray coat on their top, sometimes they are also with a reddish tint. Their abdomen and tip of the tail are slightly lighter in weight, and a whitish stripe is visible on their sides. The strip turns into a speck in the upper part of the thigh of the wild rabbits.

The wild rabbits do not change their color during the whole year but only change twice once in spring and autumn.

Where do the wild rabbits live?

In the beginning, these wild rabbits were used to live only on the Iberian Peninsula.

Soon after the discovery of agricultural activities on the land, they were settled and found in almost all the continents of the world, except Antarctica and Asia.

Recently, the wild rabbit lives in Russia, Ukraine, and in many countries of the European state and Africa. Wild rabbits are present on the islands of the Pacific and Atlantic oceans and the Mediterranian sea.

These animals live only in places where there are abundant bushes and short trees. Wild rabbits can also live in steppes, forest belts, and plantings. Although, the living conditions of wild rabbits vary significantly from the lifestyle of hares because a wild rabbit needs less territory for its existence than the hare. The family of the wild rabbits can easily live on the plane land, the area can vary from three to twenty hectares. To make a comfortable existence, they dig holes for themselves deep inside the land, reaching up to thirty meters in length in the land.

The dwelling of small animals

Such tunnels or holes are in an open area with difficult terrain. This is the place that a wild rabbit digs for its comfortable existence. Tunnels are made in soily land to make it easier and more convenient for wild rabbits to dig holes inland and live there comfortably.

The harsh conditions of survival forced the wild rabbits to hide as deep as possible under the ground, where they can hide from predators. They spend most of their own life in the holes. Such kinds of holes are dug by females because it is a time taking procedure.

The lifestyle of the wild rabbits

where does wild rabbits live? A wild rabbit found in gullies, ravines, on steep seashores, or abandoned quarries. These wild rabbits are not at all afraid of the neighborhood of humans, so that’s why they can settle even on the outskirts of settlements and at various dumps on the land. When these wild rabbits choose a certain territory for their existence of life. They mark it with an odorous secretion. Their skin glands produce that secretion. Unlike hares, wild rabbits don’t spend their life in an isolation form, but they prefer to settle in whole groups. The families of wild rabbits make a rather complex hierarchical structure.

The habitat of wild rabbits is on a wide spectrum. The most concentrated population is in the countries of Central, Southern Europe, and North Africa. The attempts were made to acclimatize the wild rabbit in the state of the Americas, as well as Australia. It cannot be said that those attempts were successful. Representatives of this species of rabbits can be found in these parts of the universe. The habitats of wild rabbits also vary greatly in size, they can live in almost all types of terrain. It is also important to know that they avoid dense forests.

PreviousCan Lionhead Rabbits Live Outside Alone?
NextHow To Care For Newborn Rabbits Without A Mother?