Home >> Internet >> What is the James Webb telescope and what does it consist of?

What is the James Webb telescope and what does it consist of? 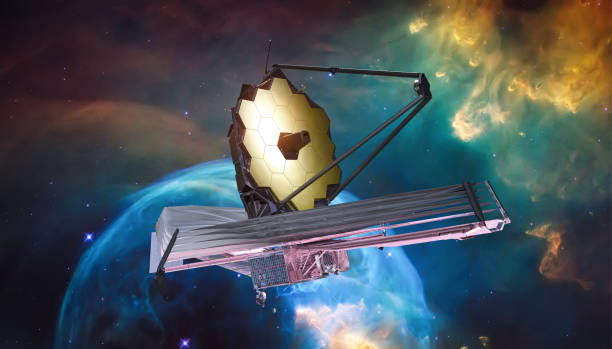 Many people wonder what is the James Webb Telescope? In short words, we can say that James Webb Telescope is a space telescope designed primarily for infrared astronomy. As the largest optical telescope in space, its greatly improved infrared resolution and sensitivity allow it to observe objects too early, distant, or faint for the Hubble Space Telescope. We expect to enable a wide range of research across the fields of astronomy and cosmology, such as the observation of the first stars and the formation of the first galaxies, and the detailed atmospheric characterization of potentially habitable exoplanets.

The James Webb Space Telescope was launch on 2021 December 25, on an Ariane 5 rocket from Kourou, French Guiana, and arrived at the L2 Sun-Earth Lagrange point in January in the year 2022. The telescope succeeds Hubble as NASA’s flagship in astrophysics.

What does it consist of?

James Webb Space Telescopes’ primary mirror consists of 18 hexagonal mirror segments made of gold-plated beryllium, which together form a mirror 6.5 meters\21 ft in diameter, compared to HST’s 2.4 m\7 ft 10 in. This gives JWST a light-gathering area of ​​about 25 square meters, about six times that of Hubble. Unlike HST, which observes in the near-ultraviolet, visible, and near-infrared such that 0.8–2.5 μm spectra, James Webb Space Telescope observes in a lower frequency range, from long-wavelength visible light such that red to mid-infrared.

The telescope must be kept extremely cold, below 50 K/−223 °C; −370 °F, so that the infrared light emitted by the telescope itself does not interfere with the collected light. It is deployed in a solar orbit near the L2 Sun-Earth Lagrange point, about 1.5 million kilometers from Earth, where a five-layer solar shield protects it from warming by the Sun, Earth, and Moon.

Initial designs for the telescope then named the Next Generation Space Telescope, began in the year 1996. In the year 1999, two concept studies were commission with a potential launch in 2007 and a budget of US 1 billion dollars. The program was plague by huge cost overruns and delays; a major redesign in the year 2005 led to the current approach, with construction completed in the year 2016 at a total cost of US 10 dollars.

What is the Function of the James Webb Space Telescope?

James Webb Space Telescope is designed primarily for near-infrared astronomy. But can also see orange and red visible light as well as the mid-infrared region, depending on the instrument.
It can detect objects up to 100 times fainter than Hubble, and objects much earlier in the history of the universe. Back to a redshift of z≈20 In comparison, the most old stars are assume to be form between z≈30 and z≈20; 100–180 million years of cosmic time, and the first galaxies may have formed around redshift z≈15; about 270 million years of cosmic time. Hubble is unable to see further back than very early reionization around z≈11.1.
The design emphasizes the near to mid-infrared region for several reasons:

What happens when the atmosphere is transparent?

Even where the atmosphere is transparent, many of the target chemical compounds, such as water, carbon dioxide, and methane, also exist in Earth’s atmosphere, greatly complicating the analysis. Existing space telescopes such as Hubble cannot study these bands because their mirrors are not cool enough; Hubble’s mirror is kept at about 15 °C [288 K; 59 °F]), meaning that the telescope itself emits strongly in the relevant infrared bands.

James Webb Space Telescope can also observe nearby object. Including objects in the Solar System that have an apparent angular velocity of 0.030 arcseconds per second or less. This includes all planets and satellites, comets and asteroids outside Earth’s orbit, and “virtually all” known Kuiper Belt objects. In addition, it can observe opportunistic and unplanned targets. Such as supernovae and gamma-ray bursts within 48 hours of the decision.

What is James Webb’s Telescope Location and orbit?

Objects near this L2 Sun-Earth point can orbit the Sun synchronously with the Earth. Allowing the telescope to remain at a roughly constant distance with its unique sun shield. And instrument bus continuously oriented toward the Sun, Earth, and Moon. Combined with its wide shadow-avoiding path, the telescope can simultaneously block incoming heat and light from all three bodies. And avoid even the slightest temperature changes from the shadows of Earth and the Moon to affect the structure. Yet maintain uninterrupted solar power and Communications Earth on its side facing the Sun. This arrangement keeps the temperature of the spacecraft constant and below the 50 K/ −223 °C; −370 °F necessary for weak infrared observations.

PreviousCan you jailbreak ps5 or ps4 is easy to break?
NextIs it safe to pass through supermassive blackholes?