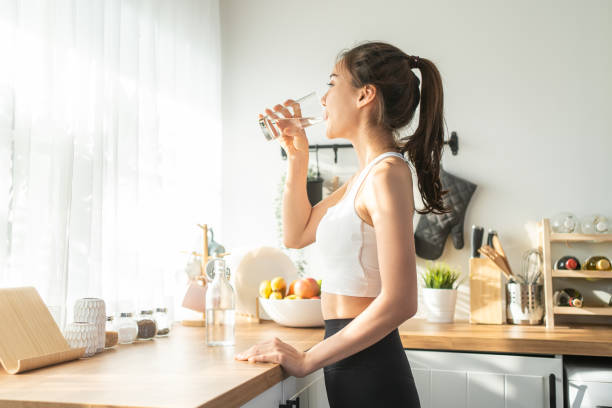 Sweeteners are used instead of sugar. Are “zero calorie” foods that use “natural sweeteners” such as stevia and licorice, “artificial sweeteners” and “sugar alcohols” dangerous? I will explain the characteristics, safety, and dangers of each.

But think about it. A sweet drink with zero calories. If you use sugar, it shouldn’t be zero calories. Can you explain what the heck you use to give it that much sweetness? What many people don’t know is that there are many types of sweeteners that can be used instead of sugar. I will explain each feature and safety in an easy-to-understand manner.

Read Also: 50 Lemons a Day!? Appropriate Vitamin C Intake and How to Take It

■Natural sweeteners: stevia, licorice , monk fruit, etc.
There are sweeteners extracted from plants such as stevia, licorice, and monk fruit. Stevia has 4 kcal of energy per gram, but sweeteners extracted from licorice and monk fruit have no energy. Stevia is said to be 300 times sweeter than sugar, so even if the amount of energy per gram is the same, it is said that the amount used is reduced, resulting in low energy consumption. Licorice and monk fruit are also said to be 10 to 500 times sweeter than sugar, so you can feel a strong sweetness with a small amount.

■Artificial sweeteners: aspartame, sucralose, etc.
Artificial sweeteners include aspartame, acesulfame potassium, sucralose, and saccharin. All of them are designated additives based on the Food Sanitation Law and have zero calories. There are restrictions on how to use it. For details, please refer to ” About sweeteners other than sugar ” by the National Agriculture and Livestock Industries Promotion Organization . Each type of sweetness has its own unique flavor, and some have the effect of suppressing bitterness in addition to adding sweetness.

■ Sugar alcohols: xylitol, erythritol, etc.
Sugar alcohols include xylitol and erythritol. Sugar alcohol chains such as sorbitol (sorbitol), malditol, and reduced starch syrup are produced (catalytic reduction) by reacting and reducing hydrogen under high temperature and pressure using a nickel catalyst for sugars with reducing groups. Although it is said to be a general term for polyhydric alcohols, it can be roughly described as an artificial sweetener made by combining sugar and alcohol. Artificial sweeteners such as xylitol are known to be gentle on the teeth, and are also used in chewing gum.

Among these, it seems that those that do not have calories are sold as “non-calorie sugar” that can be used as a substitute for sugar.

Is calorie-free sugar healthy or dangerous?

In response to these various opinions and reports, the author told the patient, “If you really want to eat something sweet, just add one sugar to your coffee a day. No,” he explains. In fact, I also drink coffee with non-caloric sugar at least once a day.

For those who want to know more about the effects on the human body, please refer to ” Masaru Sakurai: Nutrient Intake and Hyperglycemia 5. Artificial Sweeteners and Sugar Metabolism, Diabetes 59 (1): 33-35, 2016 ” (PDF). I think it will be

Also, it seems that some people were surprised to learn that even though it is written as non-alcoholic, it actually contains a small amount of alcohol in ” Do you get drunk if you drink too much!? The same thing can be said about calories.

However, in the case of alcohol, some people who are really weak get drunk even by a small amount, but the source of energy is just a few too many calories, and it usually does not lead to weight gain or complaints of poor physical condition. Considering how much 5kcal is in 100g of food, for example, 1 bunch of bok choy (100g) is about 8kcal, so 5kcal in 100g is within the margin of error.

About 10 years have passed since non-calorie sugar became popular. I think it’s become quite common, but it’s still short when you think of it as a “dietary history.” At the moment, it is safe to sell it in Japan, but considering the length of the food history and the amount of intake per serving, it is not calorie-free, so you can eat as much as you want. I feel that it is dangerous to use a large amount of it without worrying about it. I want to make good use of zero-calorie sugar by making a compromise with my brain that craves sweets.

Previous50 Lemons a Day!? Appropriate Vitamin C Intake and How to Take It
NextDo you get fat if you eat and then go to sleep?