Home >> Health >> Are yeast foods and emulsifiers dangerous? Is it safe to use unused sweet buns?

Are yeast foods and emulsifiers dangerous? Is it safe to use unused sweet buns? 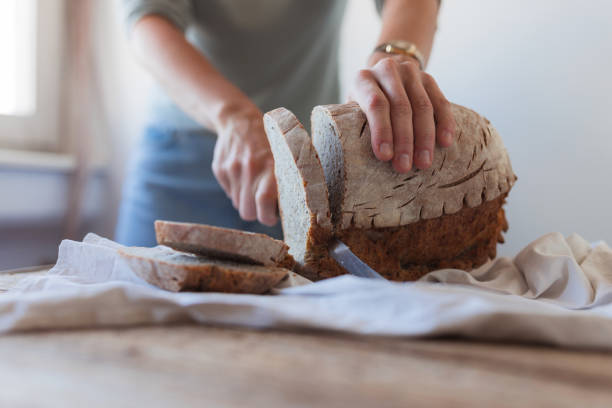 You often see sweet breads labeled as “no yeast food” or “no emulsifier” at convenience stores and supermarkets. Looking at these labels, many people may think that yeast foods and breads containing emulsifiers are dangerous and unhealthy. We will explain the content and role of these additives, their actual effects on the body, and their dangers and safety.

Convenience store bread contains additives and preservatives, so is it bad for your health?

So-called convenience store breads tend to contain more preservatives because it takes longer to make, transport, and reach each store, and it is necessary to keep them from spoiling until consumers purchase them. I can’t.

Also, recently, we often see bread with labels such as “no yeast food” or “no emulsifier”. Many consumers may think that the fact that these are appealing points means that yeast foods and emulsifiers used in many breads are really bad things. This time, I will explain the role, danger, and safety of these additives.

Read Also: Do you get fat if you eat and then go to sleep?

Are yeast foods and emulsifiers dangerous? The role of additives and how they are used

Bread is ‘leavened’ before it is baked, making it puffy and fluffy. Yeast is essential for this fermentation. Yeast creates a layer of air between the gluten in the flour by producing carbon dioxide and alcohol during fermentation of the dough. This layer is the source of the “fluffiness” of the bread.

Yeast is a type of yeast and is a living organism, so it needs food. The bait is exactly as the name suggests, “yeast food”. Anything that feeds the yeast is OK, so you can also use sugar. In fact, when I was an assistant, sugar was used as yeast food in the bread making training. On the other hand, industrially, there are 16 kinds of additives, specifically ammonium chloride, magnesium chloride, ammonium carbonate, potassium carbonate, calcium carbonate, ammonium sulfate, calcium sulfate, magnesium sulfate, tricalcium phosphate, and diammonium hydrogen phosphate. , Ammonium Dihydrogen Phosphate, Calcium Monohydrogen Phosphate, Calcium Dihydrogen Phosphate, Potassium Gluconate, Sodium Gluconate, Calcined Calcium, and 4 to 5 Types of “Potassium Bromate” as a Processing Aid. , seems to be used as “yeast food”.

In other words, even if it is described as “yeast food”, the contents are not the same, and it is not possible to know what is in which bread. And since some of the 17 types of additives mentioned above are suspected of being harmful, the word “yeast food” is written in a round shape, so that “if it contains yeast food, it is good for your body.” I think that the idea of ​​“Isn’t it possible?” spread.

Also, “emulsifiers” are additives that make food creamy. And like yeast food, emulsifiers are not made up of a single ingredient, and some of them contain ingredients that have been pointed out to be harmful. So isn’t it just as bad for your health as yeast food when it’s rolled up and labeled as “emulsifier”? It may have come to be considered.

Bread other than “yeast food free” and “emulsifier free” = not dangerous

Earlier, I wrote that “some substances are suspected to be harmful”, but whether it is yeast food or emulsifiers, even if they are toxic compounds, they are usually not edible by humans. , when eaten in large quantities.

The amounts used in bread, etc., are no more than the amount within the prescribed range of “the amount that is safe to eat for the rest of your life” determined by detailed experiments by the government. Very little is used.

It’s like dropping a drop of ink into a pool. No matter how dark the ink is, you can’t tell how many colors you’ve dropped if you mix them, right? It does not affect the color or quality of the pool water. Rather than sticking to the presence or absence of yeast food or emulsifiers, I would like you to enjoy choosing and eating bread that looks delicious.

As explained above, the presence of yeast foods and emulsifiers does not pose a health problem.

However, depending on the product, whether it is convenience store bread or bakery bread, there are quite a few products that use a lot of sugar, such as so-called sweet bread, or that are not nutritious. If you enjoy it as a snack, sweet bread is considered to be nourishment for the mind, but when you eat bread instead of meals, I think you should choose bread that looks like a meal, such as hot dogs and sandwiches.

And one more point, compared to rice, bread contains fats such as butter and margarine. It also contains salt, which is not found in regular rice. Fats and oils are high in calories, and salt is too salty.

PreviousDo you get fat if you eat and then go to sleep?
NextBreakfast to prevent heatstroke