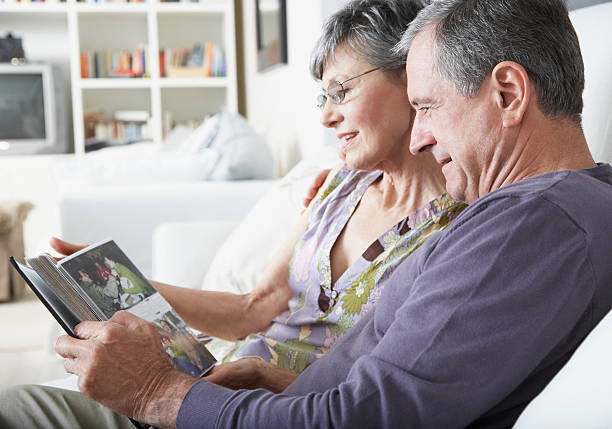 Memory is not uniform. Especially happy and scary experiences are remembered well without forgetting. I will explain in an easy-to-understand manner how the strength of emotions makes memories stronger, using my own research.

What is the suspension bridge effect? Not only romantic feelings but also the relationship with memory

Do you know the psychological term “suspension bridge effect”?

It is a psychological effect that people who meet in a place where people feel uneasy and fearful, such as on a suspension bridge, are more likely to develop romantic feelings. It is explained that this psychology is due to mistaking the pounding of fear for the pounding of love. It is based on an academic paper (*1) titled “Some evidence for heightened sexual attraction under conditions of high anxiety” published in 1974 by Donald G. Dutton and Arthur Aaron of the University of British Columbia, Canada.

Indeed, as evidenced by our own experience, memory is not uniform. We tend to remember emotional events, particularly happy or frightening events, better than ordinary events that pass by us casually. But how are emotions and memories connected?

In order to tackle this question myself, I have conducted experimental research in a university laboratory. This time, I would like to introduce a part of it and try to approach the secret of the brain that associates emotions and memories.

As I explained in detail in ” Functions and functions of the hippocampus in the brain: Deeply related to memory and spatial cognition “, the hippocampus is the part of the brain that works to remember the events we have experienced. On the other hand, as explained in “Why do people’s likes and dislikes change? The amygdala, which determines the course of love,” the amygdala is the part of the brain that is involved in the reactions (emotions) of the body and mind caused by emotions. This means that the hippocampus and amygdala in the brain must exert some influence on each other when memories and emotions are connected.A research group led by Dr. James L. McCaw at the University of California, Irvine, USA, believed that the amygdala influences the process of memory formation in the hippocampus, conducted various learning experiments using mice, and found that the behavior of the mice showed I was vigorously researching how memory changes due to damage to the amygdala and drug administration (*2). After reading that paper, my research group used a technique (*3) to measure changes in synaptic transmission in the brains of anesthetized rats in order to prove this hypothesis more directly.

First, a thin metal needle was inserted into the hippocampus of anesthetized rats, and changes in electrical signals accompanying synaptic transmission were recorded to investigate the function of the hippocampus related to memory formation. Compared to animals with a normal amygdala, it was found that the hippocampal function, which is involved in memory formation, is weakened in animals with damaged amygdala (*4). The same results were obtained when local anesthetic was injected into the amygdala to suppress its electrical activity (*5). Conversely, when a metal needle was inserted into the amygdala and stimulated with a weak electric current, hippocampal activity related to memory formation was enhanced (*6). In this way, my research group demonstrated that the synaptic transmission mechanism in the hippocampus changes according to the activity of the amygdala.

Love and fear… Is dopamine the source of the excitement?

It is said that various neurotransmitters are involved in emotions, but among them, “dopamine” is attracting a lot of attention. It is present in several brain regions and is known to be involved in regulation of movement, regulation of hormone secretion, feelings of pleasure, and motivation.

According to a 2015 joint study (*7) conducted by the RIKEN Center for Life Science Technology Basic Research with the University of London and others (*7), 10 men and women who are in love with an average age of 27 were asked to choose between “lover” and “lover and same-sex couple.” Positron emission tomography (PET) was used to measure the difference in dopamine release in the brain when a picture of “My friend” was shown. It seems that it was confirmed. The identity of the heart pounding in love seems to be dopamine.

My research group developed the above technique and succeeded in recording electrical signals of synaptic transmission occurring in the hippocampus when the amygdala of anesthetized mice was stimulated (*8). They also discovered that the signals from the amygdala to the hippocampus were weakened when given a drug that interfered with the action of dopamine (*9). Although it has not yet been clarified where and how dopamine specifically works in the brain, it seems reasonable to assume that the action of dopamine associated with changes in emotions enhances memory.

The connection between emotions and memories is necessary for living robustly

Both the hippocampus and the amygdala belong to the limbic system, which is the “brain for living strongly”. In other words, it is not a brain peculiar to humans, but a brain function acquired by wild animals that have survived the world of the law of the fittest.

Some of you may have wondered about the fact that the experimental research explained above was conducted using mice, saying, “Isn’t it possible to learn about humans by using mice?” However, there is no big difference in the limbic system between humans and rats. It means that we humans inherited what was developed in mammals such as rats. Therefore, it is safe to assume that the results of experiments on the hippocampus and amygdala in rats also apply to us humans.

Events with great emotional swings can sometimes be life-threatening. It is necessary to remember such important things firmly, so there must be a mechanism to improve memory by working from the amygdala to the hippocampus.

When you think about it, the thrill of love is also necessary for us humans to make our descendants prosper. Maybe that’s why dopamine works.

PreviousMemory impairment due to stress: Causes and mechanisms of hippocampal atrophy caused by PTSD, etc.
NextWhy do people’s likes and dislikes change? The amygdala, which determines the direction of love