Home >> Health >> Why do you bully me? The reason why bullies never go away

Why do you bully me? The reason why bullies never go away 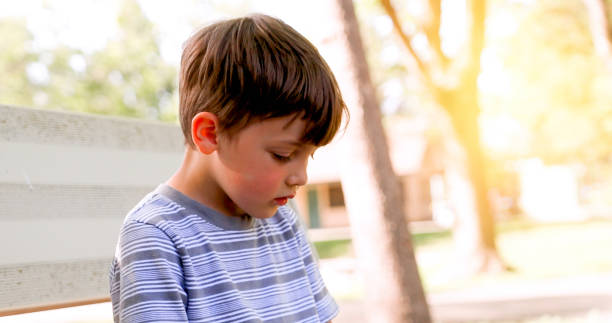 Why is it that no matter how much you tell a child that bullying is wrong, the child who bullies does not go away? In order to eliminate bullying, it may be necessary to deeply understand the psychology of bullies. We will explain why bullies do bullying, what they think at the bottom of their hearts, and what adults around them should keep in mind to stop bullying.

Why do you bully me? Bullying child’s feelings and mental problems

When the issue of bullying is taken up, the violent nature of bullying is often discussed, but the psychological background of bullies is rarely analyzed in depth. In the first place, it seems that the reason why a child bullies a person is that the child has a difficult problem to solve by himself/herself. If we don’t pay attention to the mental background of this “bullying child”, bullying will not be eliminated even if we make bullying harsher or say, “Let’s stop bullying.”

Read Also: How to review the habit of blaming others

How to understand bullying
So why do people bully other people? I think it’s because they want to relieve themselves of the stress they have by bullying someone. When a person becomes very unstable, he or she activates a mechanism that maintains the stability of the mind in order to escape from the psychological crisis. This is called a “defense mechanism” . What defense mechanisms does bullying have?

One possible explanation is a defense mechanism called “replacement . ” This is to replace the emotion that you originally wanted to direct toward a certain object toward another. The anger that a bully directs toward a child being bullied may originally have been the anger that he wanted to direct toward another person. It’s also possible that you’re taking it out on your own by replacing your undirected anger with someone you can easily attack.

The real feeling that a bully wants to be accepted

What bullies need to understand
I think there are various factors behind bullying people, but one of them is the swirling sadness of not being accepted or recognized.

For example, in the case of bullying from the defense mechanism of “replacement” or “compensation”, they want to express their anger to trusted adults such as parents and teachers, but they can’t do that, so they bully weak children. There may be something. She wants an adult she trusts to accept her for who she is, but that doesn’t happen, so she may have relieved her stress through bullying.

It is thought that in the hearts of such children, there is a feeling that “I want you to listen to my feelings more” and “I want you to understand my essence more.”

Put Preconceived Notions aside and Listen to Your Child

Are you listening as if you were a bully?
Furthermore, once a child is regarded as a “bully,” no matter what the child claims, it will be perceived as “selfish,” and even if the child does something good, “there seems to be a hidden side.” there is. When talking to children, it is important to set aside preconceived notions and listen carefully to what the other person is saying.

Once or twice, you may not be able to take the story well. Lies and excuses may continue. Even so, I think that if children listen to the story seriously, they will want to express their honest feelings, such as “I really wanted you to take my anger” and “I wanted you to listen to my true feelings.”

Reliable adults around you accept your feelings

If there is even one person who accepts my feelings, I will be saved
People can purify the ill-feelings deep inside their hearts by having someone who trusts their honest feelings understand and accept them. Through this purification experience, people can reflect on their actions and have a positive feeling that they want to rebuild their lives.

Therefore, it is important for any adult around them to accept the child’s feelings. Not just parents, teachers, siblings, grandparents, aunts and uncles, club coaches, cram school teachers, and any other adult that the child trusts.

Connect to a specialized counseling agency and lead to deeper support

The person receiving the conversation should also consult without holding it alone.
However, no matter how much you try to listen to your child, you may feel that it is not going well. In such a case, it may be a good idea to consult with a school counselor, school social worker, or local psychological consultation service and receive advice.

Just criticizing the bully, or just passing on the message “Let’s stop bullying” won’t stop bullying. The adults around them should notice the psychology of the child who is bullying early on and accept the feelings that are trapped in the depths of her heart. Also, I think it is important to pay attention to the wish that every child has, “I want to build my own life constructively,” and to support the realization of that wish.