Home >> Health >> Why are dolphins so intelligent? The ever-evolving brain seen in comparison with the human brain

Why are dolphins so intelligent? The ever-evolving brain seen in comparison with the human brain 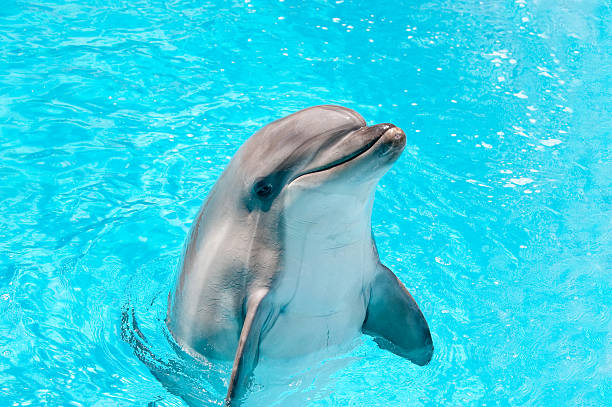 Dolphins are so smart that some scholars believe they are more intelligent than humans. In fact, the cerebralization index of dolphin brains is thought to be the second highest after humans. We will introduce the similarities and differences between dolphin brains and human brains that have been discovered through research on dolphin brains, as well as the evolutionary potential of the brain.

Are you smarter than humans? What’s going on in the smart dolphin’s brain

Dolphins are known to be very intelligent animals. Although they have not acquired language, they are particularly good at communication, and some scholars believe that they have higher intelligence than humans.

One measure of brain development is called the cerebralization index. To compensate for the fact that larger bodies tend to have larger brains, this number reflects how much the brain weighs as a percentage of the total body weight. The cerebralization index of dolphins is said to be the second highest after humans.

Studying the highly intelligent brains of dolphins is very meaningful, as it will provide an opportunity to reconsider not only the ecology of dolphins, but also the characteristics of the human brain. However, due to ethical issues, research on dolphin brains has not made much progress. Only in recent years have new technological advances begun to unravel the mysteries of the dolphin brain. I will explain in an easy-to-understand manner.

Read Also: What are the 10 major nutrients that are effective for anti-aging? Food is important!

Dolphin brains are full of wrinkles? Similarities and differences with the human brain

The dolphin brain has several features worth noting. Dolphins have more wrinkles than humans do.

As shown in the figure below, the wrinkles in the brain are formally called ‘sulci’, and the convex cortex between the sulci is called ‘gyri’. The cerebral cortex of dolphins has deeper sulci and narrower gyri than humans.

Comparison of human and dolphin cerebral cortices (original diagram created by the guide)Dolphins live in the sea and have to swim in the water, so they can’t be big-headed. It’s reasonable to think that the brain had to be crammed so small that it didn’t get in the way of swimming, resulting in a wrinkled brain. However, as a result, the surface area of ​​the dolphin’s cerebrum is very large, and there is no doubt that a large number of nerve cells are distributed there. It can also be considered as one of the factors that gave rise to high intelligence.

In the same way that thin newspaper is easier to crumple up than thick cardboard, dolphins may have prioritized thinning the cerebral cortex and folding it finely.

The big difference between the dolphin and human brains: the location of the visual and auditory cortices

Another major feature of the dolphin brain is that the positional relationship and size of the visual and auditory cortices are completely different from those of humans.

Positional relationship between the visual, auditory, and somatosensory areas in the dolphin and human brains (original diagram created by the guide)
For us humans, seeing and hearing are completely different senses, but dolphins can use ultrasound to know the position and shape of objects. Specifically, it receives the echoes of the sounds that it emits when it collides with something, and grasps the position of the object by referring to the direction and required time. Ultrasonic waves have shorter wavelengths than visible light, so they can be detected more precisely.

This mechanism is called “echolocation” or “echolocation”, and it is a special ability that only some animals such as bats and sperm whales have acquired besides dolphins. It can be said that it is exactly the mechanism of “seeing with sound”. The anatomical feature of adjacent visual and auditory cortices may be related to this special ability.

In 2015, Gregory Burns and his colleagues at Emory University in the United States applied a new technique called “diffusion tensor imaging (DTI)” to a specimen of a dolphin that died 15 years ago after being stranded. have successfully mapped the perceptual and motor systems of the brain for the first time ( Proc. Biol. Sci., 282(1811): 20151203, 2015 ).

From an ethical point of view, it was impossible to conduct experiments such as measuring the electrical activity occurring in the brains of living dolphins, but fortunately there is a museum near them that has been donated to a museum. There were many postmortem brain specimens of dolphins that were allowed to be analyzed. Also, thanks to the development of new technology, it was possible to analyze the structure of the brain without touching anything.

DTI is one of the techniques for imaging the behavior of atoms when an electric field is applied to a specimen, using basically the same equipment as MRI, which is well known as brain imaging. More specifically, we will theoretically estimate and visualize how hydrogen atoms contained in water molecules can “diffuse” from data obtained using MRI equipment. Nerve fibers (axons) run densely in the white matter part of the cerebral cortex, and water molecules distributed there tend to diffuse along the running of the axons (in a direction that crosses the axons). are difficult to diffuse), it is possible to estimate the direction of axons running in the white matter based on DTI data. However, only a small amount of water remained in the dolphin specimen that died more than 10 years ago, and it seems that scanning and analysis took a tremendous amount of time and effort.

As a result, it was specifically revealed that the auditory and visual cortices in the dolphin brain are clearly connected by auditory nerves.

The brain continues to evolve to adapt to the environment

Many mammals have evolved from the sea to land. Since there is a lot of light shining down on land, we humans are thought to have developed a sense of sight that allows us to perceive the outside world using light as a clue. On the other hand, it is believed that the ancestors of dolphins and whales once came to land, but then returned to life in the water. Light is scarce in water, and the range of wavelengths of light that exists is extremely narrow. Instead, sound travels much faster and farther in water than in air. For this reason, dolphins and whales have developed a sense of hearing that uses sound as a clue, and by transmitting auditory information directly to the visual cortex, it is possible to see with sound.

Although it is very rare, some blind people have learned to produce clicking sounds by clicking their tongue, and furthermore, obtain spatial information by discerning the sound that bounces off surrounding objects. There are people who have been able to do it. For example, it can guess the shape of a car in front of you or the style of a building in the distance, even though you shouldn’t be able to see it. You can also ride a bicycle while avoiding obstacles. This is an example of how dolphins and bats have acquired the same “echolocation” mechanism.

L.J. Norman and L. Thaler of the University of Durham in the United Kingdom, who were interested in the structure and function of the brains of blind people who acquired echolocation, developed sound stimulation and MRI was combined with functional brain image analysis ( Proc. Biol. Sci., 286(1912): 20191910, 2019 ). The comparisons were between sighted people and blind people who couldn’t echolocate. As expected, normal sighted people (who cannot echolocate naturally) responded only to the auditory cortex when hearing sounds and only the visual cortex when directly looking at an object. Even when blind people who cannot echolocate hear sounds, only the auditory cortex responds. However, in the brains of blind people who can echolocate, the auditory and visual cortices responded in tandem. Moreover, it seems that the more experienced the echolocation was, the greater the response of the visual cortex when hearing sounds. Since it is unlikely that the anatomical positions of the auditory and visual cortices will suddenly change, new neural connections will form between the two distant regions, and, just like dolphins, “auditory information will be transmitted to the visual cortex and the vision will be improved.” I think that it has become possible to have an image of

Research on dolphins and blind people with echolocation makes us think again about the meaning of the “sight” and “hearing” that we use so carelessly.

PreviousWhat are the 10 major nutrients that are effective for anti-aging? Food is important!
NextIs there a superiority or inferiority between the left and right brain? Problems with the “right-brain, left-brain theory”