Home >> Health >> Inspired by research on aphasia: what is the “localization of function” of the cerebrum?

Inspired by research on aphasia: what is the “localization of function” of the cerebrum? 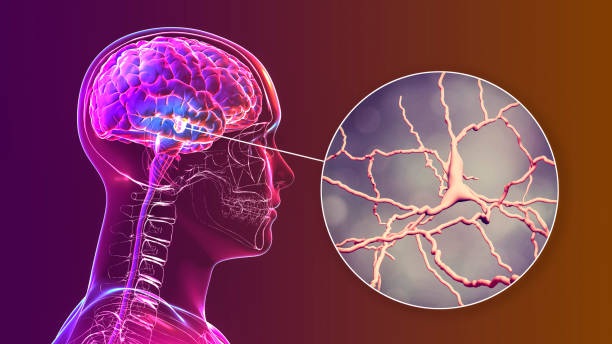 The idea that different parts of the brain, especially the cerebral cortex, have different functions is commonly called “functional localization theory.” This idea, which is the foundation of modern brain science, became clear from research on aphasia patients. From the viewpoint of brain science, we will explain the complexity and fun of “understanding and speaking” that only humans have, such as “Broca’s area” for speaking and “Wernicke’s area” for understanding language.

Do different parts of the brain have different functions? What neuroscience has revealed

Our brains have many wrinkles, and the outer surface of the cerebrum resembles the skin of a fruit. The part that covers the is called the cerebral neocortex. It is believed that humans are able to have more advanced abilities than other animals because this area has developed greatly.

Now, everyone has heard somewhere that “this part of the cerebrum works like this” or seen image data when the brain is active. is responsible for a specific function”, it shouldn’t be too much of a surprise. However, at a time when the brain was not well understood, such a thing would have been unthinkable. With the development of brain science, someone found it and now there is “common sense”.

The idea that the brain, especially the cerebral neocortex, is responsible for different functions for each part that is distinguished by wrinkles, and that these functions are determined relatively without individual differences, is generally called “functional localization theory.” This time, I will introduce the early research on how the functional localization theory of the cerebral neocortex was born.

In April 1861, a 51-year-old man named Leborgne was admitted to the Bicètre hospital, where the French psychiatrist Pierre-Paul Broca worked. Twenty years earlier, at the age of 31, the man had fallen ill and was unable to speak. However, he is not completely speechless. He could speak, but he couldn’t come up with any meaningful words and could only say “tang, tang” while moving his hands. So people around him called him “Tan”. In addition, Mr. Lebornu had normal intelligence in other areas, and was able to understand what people were saying, and was able to communicate with each other using various gestures. He also said that he could not voluntarily express what he wanted to say, but that he could read out the lines he was given. After that, Mr. Leborgne became paralyzed and bedridden, and shortly after meeting Dr. Broca, he died.

Dr. Broca dissected the brain of the deceased Mr. Leborgne because it was a case that corresponds to “motor aphasia” in the current classification, in which he was unable to express his thoughts in words even though he could speak. I decided to check what was wrong with it. They found a large, hollow, infarct site in his left neocortex, just below the frontal lobe. Therefore, Dr. Broca thought that this part of the brain played an essential role in demonstrating the ability to “speak words.” Subsequent confirmation of several similar cases (such as Lelong, an 84-year-old stroke patient) revealed that this is exactly the part of the brain necessary for speech, and that damage to it causes motor aphasia. have become.

This was the first discovery that “a specific brain is associated with a limited function,” and triggered the subsequent development of the theory of localization of functions.

The place in the brain where Broca found the role was named the ‘motor language center’ or the ‘expressive language center’ because of its function. It is also called “Broca’s field” in honor of Broca’s achievements. It is a great honor for a brain researcher to have one’s name attached to a part of the brain. Sometimes I wish I could find a new brain function and name it “Abeno”.

What is speaking language? Broca’s area, a language area unique to the human brain

By the way, do you know the sci-fi movie “Planet of the Apes”? Several series have been released, but when I first saw the first one when I was a child, I was quite shocked.

For those of you who don’t know, here’s the synopsis: three astronauts on a spaceship go into artificial hibernation and travel in space for six months, but at speeds exceeding the speed of light. By sailing, it is a story that you practically reach the world 700 years later and land on a certain planet. On that planet, there were “monkeys” who spoke words like humans, and lived with developed civilization. Astronauts from Earth are attacked and captured alive by the monkeys that rule the planet. After that, various things happened, and finally, at the end of the earth, I found the Statue of Liberty. In other words, that is what the Earth will look like 700 years from now. On Earth, human civilization has perished, and monkeys have risen instead.

However, setting aside the detailed story as science fiction, from a neuroscientific point of view, this is something that cannot happen. In this movie, monkeys evolved to be able to speak like humans. I don’t have it. I’m sure it won’t change 700 years from now, so the idea of ​​a monkey learning to speak is unthinkable from a neuroscientific point of view.

Once, when I gave a lecture on brain science, I said, “Only humans have Broca’s area, so only humans can speak.” Do they have Broca’s field, and if they don’t, how can mynahs speak?” Indeed, there are mynah birds that say, “I’m Kyu-chan. Hello.” but please wait a moment. Is myna bird really talking? What does it mean to “speak words”? Think again.

Is Kyu-chan, a myna bird, recognizing that she is Kyu-chan and introducing herself? It’s different. Perhaps he just heard his owner calling out “Kyu-chan” repeatedly and started making the same sound. I’m just voicing, not speaking words. So a myna without Broca’s field just “can’t talk.”

If you think about it like this again, I think you can understand that “speaking words” is very different from simply speaking out.

Read Also: What is the role of the hypothalamus? Important functions that regulate the autonomic nervous system and the endocrine system

There was not one language center! Discovery of the “Wernicke field”

German neuroscientist and surgeon Karl Wernicke was intrigued by Broca’s pioneering work and made observations of many aphasic patients. In 1874 he reported the details of a patient who was not the type of motor aphasia that Broca had found.

People with damage to Broca’s area have normal vocal motor function (sing songs without words) but cannot spontaneously speak well (form language, sentences). I can listen to people and read and understand what they have written. In contrast, the patient in the case Wernicke found was able to speak spontaneously, but could not understand what people were saying even though he had normal hearing. Even when I read the written words, I could not understand their meaning. In other words, it was “sensory aphasia” in the current classification.

Subsequent brain autopsies revealed damage to the posterior temporal lobe region of the neocortex in patients with sensory aphasia. This part of the brain was thought to be essential for “language comprehension,” and was named the “sensory language center” or the “receptive language center”. In honor of Wernicke’s achievements, it is also called “Wernicke Field”.

The figure below summarizes the locations of the two language centers introduced so far, Broca’s area and Wernicke’s area.

Broca’s area and Wernicke’s area, which control language, are located in the frontal and temporal lobes of the neocortex, respectively (original drawing created by Guide)Areas of the brain that are involved in the same language, but are located slightly apart. It can be seen that “speaking” and “understanding” words are treated as different things in the brain.

Broca and Wernicke’s research not only advanced the theory of localization of functions in the cerebral neocortex, but also sparked new discussions about the different roles of the left and right brain hemispheres, as well as the opportunity to elucidate the mechanism of language unique to humans. have had a great impact on neuroscience.

In addition, many cases of aphasia occur as sequelae of stroke, and it is thanks to the research by Broca and Wernicke that it has become possible to estimate the specific parts of the brain that have been damaged by differences in symptoms. That’s it.

PreviousWhat is the role of the hypothalamus? Important functions that regulate the autonomic nervous system and the endocrine system
NextWhat is aphasia? Types, causes, treatment methods, prevention methods