Home >> Health >> What is the “correct sleeping position”?

What is the “correct sleeping position”? 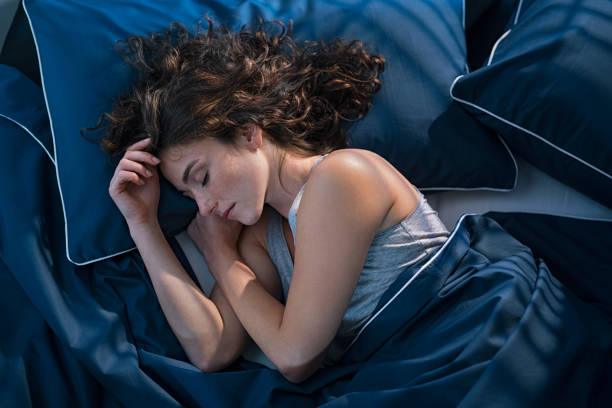 There is data that surveyed about 5,000 men and women in their 20s to 60s about their “good sleep posture”. Result is

was. 1% said they slept sitting down. There are several studies on sleeping posture during sleep, but other studies also report that many people sleep on their side.

That said, you don’t have to stick to a common posture when you go to sleep. Sleeping in your favorite posture is the best way to improve the quality of your sleep without thinking too much about “healthy sleeping posture” or “good sleeping posture”. Occasionally, some people try to put into practice the beliefs and information that “sleeping on your back is the correct way to sleep” or “sleeping on your stomach seems to be good for your health”. is going to get worse.

Also, once you fall asleep, it is impossible to control your posture. The position in which you fall asleep and the position in which you sleep after the first deep sleep are often different. If you sleep soundly, you can’t help but have a bad sleep phase. There is even a theory that “children who roll over less often may have delayed neurodevelopment,” so try not to worry too much about the frequency of rolling over or sleeping position. Most of the good and bad sleeping positions are within the range of individual differences and are not due to disease or developmental problems.

Read Also: Feeling high after staying up all night?

Is sleeping on your stomach healthy? Careful consideration should be given to the impact on sleep quality and the safety of infants.

It’s also well known that sleeping on your baby’s stomach is dangerous. About 100 small children die each year from “sudden infant death syndrome,” and many of them are reported to have been lying on their stomachs. In addition, babies who cannot turn over may suffocate to death when their nose and mouth are blocked when lying on their stomach.

It is important not to generalize only the good aspects of the information and think about whether it suits you or not.

Adults with poor sleep patterns may be caused by diseases such as REM sleep behavior disorder.

Children often sleep poorly, but as they grow up, their sleep becomes calmer. For example, it is not uncommon for children to fall out of bed while sleeping, but not many adults fall out of bed. That’s because as they grow, their brains become “sentinels,” even while they’re asleep, allowing them to sense the edge of the bed.

Sleepwalking is one of the most common sleep disorders in children, and it occurs during non-REM sleep when you are not dreaming. In most cases, it will go away on its own as it grows. If your child is sleepwalking, don’t force them to wake up. Watch over them quietly and safely.

Also, if you have a bad sleep even after becoming an adult, it may be caused by diseases such as sleep apnea syndrome and REM sleep behavior disorder.

If you have sleep apnea, try to sleep on your side as much as possible, as sleeping on your back can narrow your airways. Sleep apnea syndrome is not only adults, but also children, so you need attention. Some people find their symptoms lessened by using over-the-counter mouth-closing tapes and mouthpieces.

REM sleep behavior disorder looks a bit like sleepwalking in children, but in this case, it causes the body to move in the same way as it does in dreams. Fighting or running away in a dream can mean hitting your bed partner in the real world, or getting up and walking and crashing into furniture. If you injure someone or get hurt yourself, do not clean up just because you have a bad sleep or a bad sleep, and see a sleep disorder specialist as soon as possible.

PreviousFeeling high after staying up all night?
NextHow to adjust the body clock when traveling abroad