Home >> Health >> What is a CT scan of the head? Differences, advantages, and disadvantages from X-rays

What is a CT scan of the head? Differences, advantages, and disadvantages from X-rays 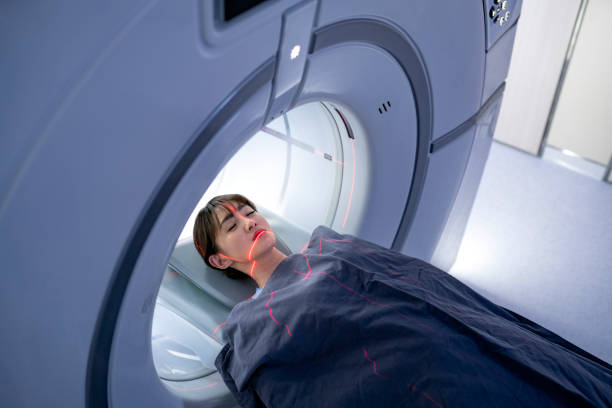 Unlike X-rays and X-rays, which can only be seen on a plane, CT can see the cross-section of the body. It is also attractive that the whole body can be scanned in a very short time of less than 10 minutes. On the other hand, there are also disadvantages such as high radiation dose. The features, advantages, and disadvantages of CT examinations are explained in an easy-to-understand manner.

What is CT?…Different from X-rays ・An inspection method that allows cross-sections to be seen

X-ray photography technology was revolutionary, but it had limitations in diagnosing diseases that required accuracy. A photograph taken by shining X-rays from one direction shows everything in the space through which the X-rays pass. It was often difficult to distinguish fine details because various structures overlapped in the image.

One way to solve this problem was to take a lot of X-ray pictures from different directions and compare them. As anyone who’s ever had a barium stomach exam knows, it’s hard to turn around and turn upside down on your bed and have lots of pictures taken. Even then, small polyps may be overlooked. Is there any other solution?

that’s right. Instead of moving the person being examined, multiple X-ray generators and detectors are placed around the body to take multiple pictures at once. What was created based on this idea is the prototype of the current CT.

CT stands for Computed Tomography. When a person lying down enters the large cylinder, the X-ray emitting tube and X-ray detector installed in the cylinder automatically collect data while rotating. Furthermore, by processing the data obtained there with a computer, it is an excellent thing that can be displayed as a reconstructed CG that is distributed on a predetermined plane. In other words, it became possible to see the inside of the body, like the cross section of a watermelon cut with a kitchen knife.

Images of different tissues do not overlap in the three-dimensional structure, and it is now possible to clearly distinguish between normal and abnormal in clear CG.

This technology was devised by British electronic engineer Godfrey Newbold Hounsfield in 1967 and put into practical use in 1972. For this achievement, Hounsfield was awarded the 1979 Nobel Prize in Physiology or Medicine, along with American physicist Alan McLeod Cormack.

Read Also: Effective for early detection of stroke! Brain imaging techniques such as CT and MRI

The advantage of CT is that the examination time is short. Even an extensive full-body examination
takes less than 10 minutes. In the past, it was not possible to know what happened to the brain inside the skull without opening the skull under anesthesia, so this is an amazing advance. Imaging technology is still progressing by leaps and bounds, and with the latest ultra-high-speed CT scans, it takes only 0.05 seconds to obtain one cross-sectional image.

In addition, a blood clot (hematoma) is clearly visible on a CT scan, making it ideal for confirming the presence of intracerebral hemorrhage.

The disadvantage is that you must be exposed to X-rays, or radiation. As you know, radiation has the effect of damaging cells. Its action is applied to radiation therapy to kill cancer cells, but in other words, exposure to radiation can cause cells to become abnormal and cause cancer. For example, while CT scans are used to detect cancer, the tests themselves carry the risk of causing cancer. Therefore, although it depends on the amount and time of X-ray irradiation, frequent repetition of CT examinations should be avoided.

In addition, it is difficult to examine the base of the brain, where the skull is intricately intricate, in head CT because the bones are strongly visible. As explained in detail in “What can be learned from MRI of the head: Differences from CT, merits and demerits”, the tissue resolution of CT is not as good as that of MRI, so there is also the limitation that it is difficult to detect small lesions.

PreviousEffective for early detection of stroke! Brain imaging techniques such as CT and MRI
NextWhat is a homunculus? A dwarf in the brain that appears in the mapping of the cerebral cortex