Home >> Health >> What happens if you cut the corpus callosum? Right brain and left brain thinking from “separate brain”

What happens if you cut the corpus callosum? Right brain and left brain thinking from “separate brain” 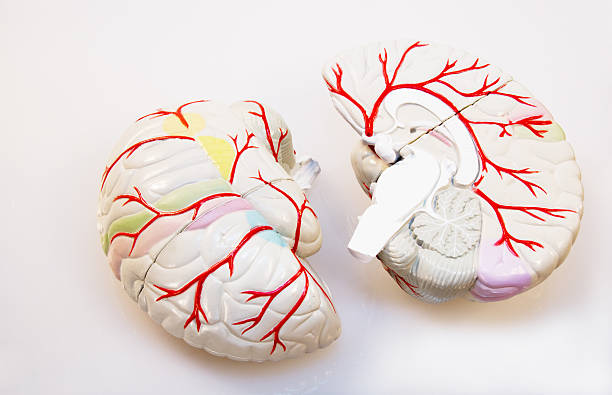 The left and right hemispheres of the brain, the so-called left and right brains, are connected by the corpus callosum. There is also a surgery called “corpus callosotomy” to treat severe epilepsy. This is an easy-to-understand explanation of research on “separate brains,” which led to the “right-brain/left-brain theory.”

Separation of the brain is a state in which the left and right brains are independent and can be separated by surgery.

The 1981 Nobel Prize in Physiology or Medicine was given to three researchers who conducted research on the brain. One of them was the American neuropsychologist Roger Walcott Sperry, who received the award for his research on the functional differentiation of the cerebral hemispheres.

There is a structure called the “corpus callosum” just above the thalamus in the center of the brain. I have. It is the pathway through which the nerve fibers of the left and right cerebral hemispheres come and go. A brain in which the corpus callosum is cut and the left and right hemispheres are independent is called a “split-brain.” In addition, the surgical operation that produces such a condition is called “corpus callosotomy”.

In severe epilepsy, abnormal electrical signals generated locally in the brain are transmitted throughout the brain, causing severe convulsions and disturbance of consciousness. It was thought that surgically severing the connection between nerves would be sufficient. One of them was to cut off the left and right cerebral hemispheres by inserting a knife into the corpus callosum.

Sperry studied this split brain and reported many findings useful for the treatment of epilepsy, and derived the idea that the left and right cerebral hemispheres work independently from experiments on patients with split brain. It was I will explain in detail what kind of research led to the “right-brain/left-brain theory,” which is currently causing a great deal of debate in the field of brain science.

Put a knife in the brain and separate it left and right …. It’s scary just hearing about it. Who came up with this idea first?

In the establishment of neurosurgical techniques, we must not forget the Englishman Victor Horsley, who attempted many new brain surgeries on living humans at the end of the 19th century. In the 1940s, it is said that American surgeon William P.

This surgery has shown a certain improvement effect for epilepsy patients who are difficult to treat with drugs. However, it caused a mysterious aftereffect called “split-brain syndrome”. By separating the left and right cerebrum, each hemisphere produced its own perceptions, emotions, and thoughts, resulting in speech and behavior as if one body had two “brains” and “minds.” . It was also called the “Jekyll-Hyde effect” after the novel “Dr.

The left and right cerebrum can work independently

Intrigued by this mysterious phenomenon, Sperry attempted to replicate it in experiments using cats in the 1950s. In a cat whose corpus callosum and optic chiasm are cut, the left eye can only communicate with the left cerebrum and the right eye with the right cerebrum. So, after covering the right eye and showing only the figure with the left eye, the same figure was presented. When they saw the same figure with their left eye, they responded that they remembered it (had seen it), but when they saw it with their right eye, they had no response. In other words, the right brain was completely unaware of what was happening in the left brain. This meant that in the split brain, the left and right cerebrums could be treated as completely independent entities.

Starting in the 1960s, Sperry and his student Michael Gazzaniga conducted a variety of experiments with split-brain humans.

Sperry and Gazzaniga’s first experiments with split-brain patients were also about vision. Patients sat in front of a horizontal board of lights and were shown flashing light bulbs across both left and right visual fields. Afterwards, when asked to describe what she saw, the patient said, “The light on the right came on.” I couldn’t describe the light on the left side. However, when asked to point to the position of the illuminated light, they pointed to both the left and right fields of view.

This strange result was explained as follows. In split-brain patients, the optic chiasm is present, slightly different from the cat experiment above, and the information in the right visual field is transmitted to the primary visual cortex in the left occipital lobe regardless of whether the patient is viewed with the left or right eye. Conversely, information from the left visual field is transmitted to the primary visual cortex in the right occipital lobe. Since the communication between the visual cortex and the motor cortex on the same side is alive, what is seen on the left and right can be recognized independently by the left and right brains, and can be expressed by the “action” of pointing with a finger. However, the language center is only in the left hemisphere. Therefore, the left brain was able to recognize and verbalize that the light in the right field of view was seen, but even if the right brain could recognize that the left light was seen, , I couldn’t put it into words with just my right brain.

Are the right and left brain independent? Numerous Evidences Proving the Independence of the Left and Right Cerebrum

Sperry and Gazzaniga also experimented with the sense of touch. When the split-brain patient touched the pen with his right hand so that it could not be seen, he was able to correctly answer that it was a pen. But when I touched it with my left hand, I couldn’t answer.

Experiments were also conducted that combined visual and tactile sensations. When presented with a picture of a particular object in the left visual field of a split-brain patient, they could not verbally answer what it was. However, I was able to correctly answer the task of selecting an object that I touched with my left hand while blindfolded from among multiple objects in the photograph.

Furthermore, even if the split-brain patients were unable to verbally describe what they saw in their left visual field, they were able to draw what they thought they saw at that time by closing their eyes and drawing it with their left hand. rice field.

To understand this result, it is necessary to know that “the nerve fibers from the right motor cortex cross at the level of the medulla oblongata and reach the left side of the body.” Even if the corpus callosum is severed, commands from the right cerebral motor cortex are transmitted to the left hand. Take this as a hint and try to explain yourself as if you were a brain scientist.

PreviousTwo minds in one body? Left-brain and right-brain perceptions, likes and dislikes
NextIs there a left-right difference in the function of the hippocampus, which controls memory?