Home >> Health >> What are SPECT and PET? Brain imaging methods that can also detect changes in blood flow, their advantages, and disadvantages

What are SPECT and PET? Brain imaging methods that can also detect changes in blood flow, their advantages, and disadvantages 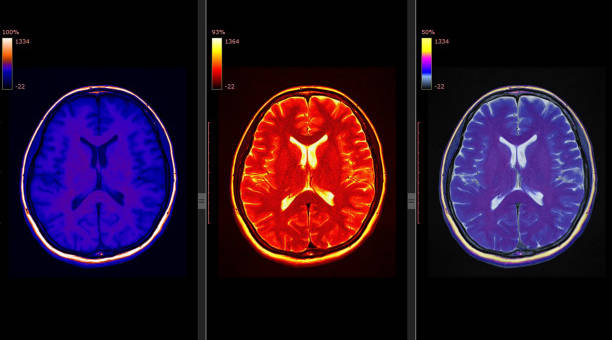 Through diagnostic techniques such as SPECT and PET, we can even know the activity level of neurons in the brain. Imaging tests such as CT and MRI can show the shape of the brain and the presence or absence of tumors, but they do not reveal the health condition of the brain. The features, advantages and disadvantages of SPECT and PET, which are useful for early diagnosis of cancer, cerebral infarction, and Alzheimer’s disease, are explained in an easy-to-understand manner.

Find out with SPECT and PET! “Functional changes in the brain” that cannot be understood by CT or MRI

“I want to be able to diagnose what’s going on inside the body without injuring the body.” In order to fulfill the wishes of doctors, CT and MRI have now been developed, making great progress in diagnosing diseases. However, even though CT and MRI can show the inside of the body, basically they can only observe the morphology of tissues. For example, we can detect hippocampal atrophy in the brain and aneurysms in blood vessels. However, it is not possible to know the activity level of neurons responsible for brain functions.

SPECT and PET are the technologies for understanding such “functional changes in the brain.” In both cases, radiation emitted from radioactive isotopes injected into the body is measured from various directions outside the body, image reconstruction is performed by a computer, and the distribution of the human body on a tomographic plane can be seen.

For example, even if a cancer is detected by CT or MRI, it is not possible to distinguish whether it is a mere shell of cancer cells remaining or active cancer cells. However, by injecting fluorodeoxyglucose (18F-FDG), a glucose analogue designed to give off radiation, and examining its distribution, we can identify only actively growing cancer cells. can do. If applied to brain tissue, we can indirectly know whether nerve cells are working actively.

This time, we will focus on SPECT and PET, which provide information that cannot be obtained with CT or MRI, among brain imaging techniques that have made remarkable progress in recent years, and explain their measurement principles and characteristics.

What is a radioisotope? Medically important types of radiation

Both SPECT and PET are measurement methods that use radiation, so in order to understand their principles, it is a little technical, but it is necessary to understand some basics about radiation.

A radioactive isotope (RI) is an isotope of an element that emits some kind of radiation when the nucleus decays due to the instability of the nucleus. For example, 98.9% of carbon with atomic number 6 on earth has 6 neutrons in one nucleus, but there are very few carbons with 7 or 8 neutrons. increase. Although they are slightly heavier, they are called “isotopes” because they are the same carbon atom. Of these, the isotope of carbon (denoted as 14C), which consists of 6 protons and 8 neutrons (total mass number is 14), is unstable and will be destroyed even if it exists, so the probability of being found in nature is is very low. And because it emits radiation when broken, it is considered a “radioactive isotope” of carbon.

Radiation emitted when radioactive isotopes break down has been found to have different properties, and has been named alpha rays, beta rays, and gamma rays. Alpha rays are the heaviest among radiations, and compared to other types of radiation, they have a weaker ability to penetrate objects, and can stop at a thin sheet of paper. However, because it is heavy, it acts strongly on the colliding part. Alpha rays are a high-speed helium nucleus consisting of two protons and two neutrons. Even if there is a radioactive material that emits α-rays in front of you, there is nothing to be afraid of because α-rays do not enter your body from the outside. Conversely, if such substances are accidentally eaten and enter the body, they accumulate in the body (internal exposure), causing great damage to the body.

Beta rays are much lighter than alpha rays and fly well. In the air, it flies several tens of centimeters to several meters in the air, but its effect on matter is small. It has a high penetrating power and can penetrate paper, but cannot penetrate thin metal plates such as aluminum. β rays are actually electrons.

Gamma rays can be regarded as a type of electromagnetic wave that can travel very far and pass through most materials such as thin paper and metal. To stop it, you need a thick lead or iron plate. The substance is the smallest unit “photon” when considering light as a particle.

Another type of radiation is “X-rays,” which are well-known because they were discovered by Roentgen. However, to distinguish between the two, the sources are different: γ-rays are emitted from within the nucleus, and X-rays are emitted from electrons outside the nucleus. Both have the property of being easy to permeate substances, so they are used for medical applications.

SPECT is an abbreviation for Single Photon Emission Computed Tomography, which is called “single photon emission tomography” in Japanese.

As the name suggests, a drug (tracer) containing a radioactive isotope that emits a single gamma ray (= single photon) is injected intravenously, and after a while, a measurement device (gamma ray camera) is placed around the body. The distribution of radioactivity is measured while rotating 360 degrees (or 180 degrees), and the obtained data is visualized by a computer.

Any tracer can be used depending on the purpose, but in order to visualize cerebral blood flow, “N-isopropyl-4-iodoamphetamine hydrochloride (123I)” containing radioactive isotopes of iodine, “Examethagymtechnetium (99mTc)” containing radioactive isotopes of technetium is often used. Since there are commercially available products, they will be purchased and used at the facility.

Approximately 5 to 8% of these drugs accumulate in the brain after they are administered and migrate to the brain tissue. An image of the blood flow distribution can be obtained.

Advantages and disadvantages of SPECT …… There is almost no concern about radioactive substances, but the examination time is long

Radioactive materials are injected into the body, but as a general rule safe materials are used and are discharged from the body within a few hours, so there is almost no concern about health hazards.

The disadvantage is that the inspection will take a long time. It usually takes at least 20 minutes and you have to be still during the measurement. Also, the resolution is low, and so far, only cerebral blood flow can be measured.

Compared to CT and MRI, there are still fewer facilities with installations, but in Japan, commercially available tracers are stably available, so they are becoming more widespread. However, since the resolution is low and discrimination is difficult, inexperienced doctors may not be able to read the data properly and may not fully utilize it for diagnosis.

As with SPECT, a tracer is injected into the body by inhalation or intravenous injection, and after a while, the radioactivity distributed in the body is measured by a measuring device and imaged by a computer. We can also test things other than cerebral blood flow. The difference from SPECT is the use of drugs containing radioactive isotopes (11C, 13N, 15O, 18F) that emit positrons as tracers. However, what is measured is not the positron itself, but the same γ-ray as SPECT. The principle is as follows.

A positron is a positively charged elementary particle (the antiparticle of an electron) that is emitted when a radioactive isotope decays. A positron emitted from a tracer distributed in the body annihilates when it meets a surrounding electron, and two γ-rays are emitted in the direction of 180 degrees. Therefore, when γ-ray detectors are arranged so as to surround the body and γ-rays are detected at two locations at the same time, the tracer can be found on that straight line.

Advantages and disadvantages of PET … Higher resolution than SPECT, but there are very few facilities in Japan

The greatest advantage of PET is its ability to capture various functional changes. As long as we can prepare tracers containing various kinds of radioactive isotopes that emit positrons, we can study not only cerebral blood flow but also oxygen consumption, glucose metabolism, drug receptor distribution, and so on. It is also rated as having higher resolution than SPECT.

The disadvantage would be that the tracer used would have to be made in your own facility for your purpose.
The positron-emitting radioisotope used in PET has a short half-life (the time it takes for half of it to break down), from 2 to 110 minutes. , must be used as soon as it sticks to the drug. This cyclotron is quite expensive, and there are not many engineers who can handle it, so the facilities that can be installed are naturally limited. For this reason, the reality is that even in Japan today, it can only be done at some facilities.

In addition, the radioactive tracer used is quickly decomposed in the body, so there is almost no concern about health hazards.

As mentioned above, not only the morphology of tissues and cells but also their activity can be estimated, so head SPECT and PET have become powerful tools for cancer diagnosis. In particular, tracers that only cancer cells take in are used to check whether cancer has spread after surgery at the whole body level.

Cranial SPECT and PET are used not only for cerebrovascular disorders such as cerebral infarction, but also for research on Alzheimer’s disease, which causes dementia.

In the early stages of Alzheimer’s disease, CT and MRI scans often fail to detect any abnormalities. When it progresses and hippocampal atrophy is observed, it helps to make a definitive diagnosis of Alzheimer’s disease, but from a therapeutic point of view, it is too late at that stage. Methods that can detect functional changes, such as SPECT and PET, are useful for early diagnostic imaging. Especially in Alzheimer’s disease, glucose PET is suitable because the decrease in cerebral metabolism is more pronounced than the decrease in cerebral blood flow. Even brain atrophy that looks the same on CT and MRI may show differences in functional changes on SPECT and PET.

Unfortunately, SPECT and PET are not yet as widespread as CT and MRI. For the early diagnosis of Alzheimer’s disease, etc., I hope that as many people as possible will be able to do it easily, including a review of insurance coverage.

PreviousDo oxygen capsules improve memory? The authenticity of health benefits
NextWhat can be learned from MRI of the head: Differences from CT, advantages, and disadvantages