Two minds in one body? Left-brain and right-brain perceptions, likes and dislikes 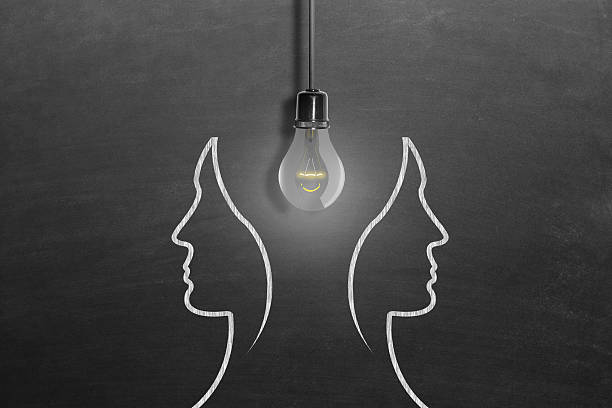 Research on the cerebral hemispheres shows that our right and left brains work independently. Although the right and left hemispheres work differently, they influence each other and sometimes contradict each other. Likes and dislikes can be perceived differently in the left and right sides of the brain. I will explain in an easy-to-understand manner the fun of the “right-brain/left-brain theory” and the concerns about the spread of myths.

Roger Sperry, an American neuropsychologist who won the Nobel Prize in Physiology or Medicine in 1981, and his student Michael Gazzaniga devoted themselves to the study of split-brain patients whose corpus callosum, which connects the left and right cerebral hemispheres, has been cut. We have demonstrated that the left and right cerebral hemispheres can work independently. It also had a great influence on the “localization theory of functions”, which is currently the subject of much debate in brain science.

Read Aslo: Is the right-brain an artistic brain? Why You Shouldn’t Believe Left-Brain/Right-Brain Personality Tests

Can’t you find the name of the object you held with your left hand? Discovered by Gazaniga’s keen powers of observation

The first split-brain patient to help Sperry and Gazzaniga was a man with the initials W.J. Serving in the World War II paratroopers, he was injured when he was 30 and had his first generalized convulsive seizure at 37. It was in 1962 that he underwent a corpus callosotomy after suffering for 15 years. After the operation, he was temporarily speechless, but after a month he recovered and was able to speak. He still had some numbness, but he seemed happy because his cognitive abilities were fine and he no longer had seizures.

The second split-brain patient was also able to speak properly. To an ordinary observer, the separation of the left and right cerebrum did not appear to cause any problems.

However, Gazzaniga makes an important discovery. For some reason, the split-brain patient, who was thought to have no language problems, could not immediately name the objects held in his left hand. Moreover, when he switched the same object to his right hand, he had no problem saying what it was. This is because, as explained in the previous article, images of objects held with the left hand are mainly transmitted from the left eye to the right visual cortex, but cannot be converted into language in the right brain (the language center is located on the left side of the brain). only).

After that, Gazzaniga conducted numerous experiments on language, vision, touch, and movement in split-brain patients, demonstrating that the left and right cerebral hemispheres could process information independently.

What we learned from associative experiments on thinking and consciousness

Gazzaniga, a psychologist, came up with and tested various “associative experiments” on thinking and consciousness, not just sensation and movement.

At one point, I showed a picture of a “snowy landscape” in the left field of view of a patient with split brain and a picture of “chicken feet” in the right field of view. At this time, the image of “snow scene” was transmitted to the right brain, and the image of “chicken feet” was transmitted to the left brain. After that, when I was instructed to choose from another list of photos related to the photo I saw, my right hand, which would have received a command from the left brain, chose the picture of “chicken” as expected. , The left hand, which would have received instructions from the right brain, chose “shovel”. Also, when asked why he chose the shovel, he explained that he uses the shovel when cleaning the chicken coop. This result told us two important things.

The first is that the judgments made by the left and right brains can be conveyed to the right and left halves of the body. In fact, when a split-brain patient dresses himself, it can happen that one hand tries to pull up the pants while the other tries to pull them down. Conflicts can also arise, such as one side of the brain wanting to wear clothes and the other side of the brain not wanting to wear them. Exactly, it means that the state of “two minds dwelling in one body” can occur.

Second, even in a state of split brain, the left and right sides can indirectly affect each other. Perhaps, the right brain that was told the image of “snow scene” should have been associated with the “shovel” used when shoveling snow, but when asked to explain the reason in words, the right brain The story of ′′ chicken ′′ that should not know has come up. It’s probably the left brain that did it. This is because the left side of the brain must always work in order to express it in words, and only the left side of the brain knows “chicken”. The left brain sees the “shovel” chosen by the right brain, and the only way it can describe it in words to match the image of the “chicken” it knows is “to clean up the chicken coop.” , I guess it was an afterthought. In other words, it was thought that the left side of the brain has the property of trying to logically make sense of things that one does not know.

Similar things happened in other experiments. If you put out a piece of paper with the word “walk” written on it in the left visual field of a split-brain patient, the right side of the brain probably reads it and understands it. unknown) will issue a movement order. Direct commands from the right brain are only sent to the left half of the body, but in order to achieve the coordinated movement of “walking on both legs”, the spinal cord level, which is lower than the brain, can move the left and right in conjunction, so it is possible to walk properly. can do. When he asked why he was walking when he started walking, he replied, “Because I am thirsty.” It is the work of the left brain that answers with words. The left side of the brain, ignorant of the command to “walk”, probably responded by trying to explain its own walking behavior in a coherent way.

In fact, split-brain patients may “confederate” as a rational explanation for their behavior. When we act on emotional needs, the right hemisphere often generates the real motivation, but the right hemisphere alone has no linguistic explanation. When it is absolutely necessary to explain linguistically in order to communicate, the left brain must think and express independently. That becomes the ‘made story’. The left side of the brain has no intention of deceiving people, and even if it makes a mistake, it can’t notice it, so it’s different from lying.

Is the answer different when you read it and when you ask it? The difference between left brain and right brain “want to do”

Gazzaniga showed a split-brain patient with the initials P.S. Then this person wrote “Car Racer” with his left hand. However, in a preliminary interview, he said that he wanted to be a draftsman.

A similar thing happened when I was asked about my likes and dislikes. It was confirmed many times that the answers from the left and right brain were different. Through these observations, Sperry and Gazzaniga concluded that “consciousness exists independently on the left and right”.

“Right-brain/left-brain” information requires attention! Research results of split brains that can be expanded

Sperry and Gazzaniga’s research on split brains has had an immeasurable impact on modern brain science. In particular, brain imaging technology has made it possible to study the functional localization of the cerebrum on the premise that each part of the brain has its own function (= functional differentiation). If this premise is broken, all brain imaging studies are meaningless. I would like to add that there are pros and cons on this point, and the controversy continues.

PreviousIs the right-brain an artistic brain? Why You Shouldn’t Believe Left-Brain/Right-Brain Personality Tests
NextWhat happens if you cut the corpus callosum? Right brain and left brain thinking from “separate brain”