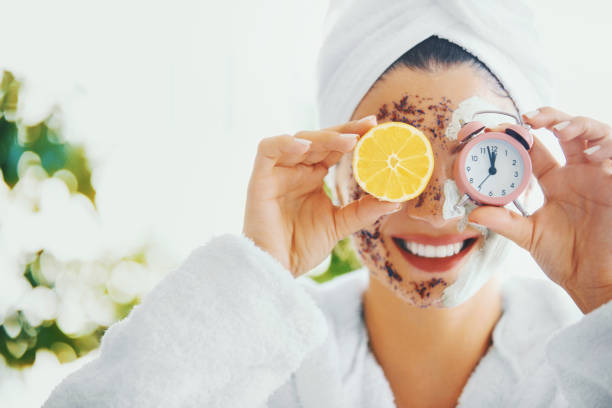 Considering the blood concentration of vitamin C, I will explain how to drink to enhance the effect of vitamin C. There are medical reasons for when to take vitamin C (at meals, between meals, and before bedtime).

The main action of vitamin C is to promote collagen fiber synthesis and suppress melanin synthesis in melanocytes. When it comes to skin, it means anti-aging and whitening.

Considering the blood concentration of vitamin C, let’s explain how to drink to enhance the effect of vitamin C. As for the time to take vitamin C, I think there are times such as during meals, between meals, and before bedtime, but each has a medical basis.

There is a certain relationship between the blood concentration of drugs taken, not limited to vitamin C, and the effect of the drug. Drinking more vitamin C will increase blood levels. However, in the case of vitamin C, as the amount of intake increases, the amount excreted also increases, and the amount remaining in the body (amount absorbed minus amount excreted) does not increase much. Therefore, the point is how to take vitamin C to maintain a high blood concentration and expect a higher effect.

How you take vitamin C is more important than how much you take. When vitamin C is ingested, the highest blood concentration is reached after 3 hours due to the relationship between absorption from the small intestine and excretion from the kidneys. In other words , the maximum effect of vitamin C is important 3 hours after drinking . Another is the function of the kidney, which is the main excretion route.

Read Also: What is the upper limit of vitamin E intake? The relationship between supplements and overdose

Vitamin C is originally obtained from food. Therefore, it is physiologically correct to take vitamin C with meals. In fact, taking vitamin C three times a day with meals increases blood levels. Drinking with meals is also reasonable from the point of preventing forgetting to take.

The interval between meals varies from breakfast to lunch and from lunch to dinner, but it is usually 4 to 8 hours. Vitamin C reaches its highest blood level 3 hours after eating, and its lowest blood level just before the next meal. For those who have a set meal time, it is recommended to drink between meals. When taken between meals, the result is a high concentration that can be maintained throughout the day. However, it is not recommended for people who have irregular mealtimes because they tend to forget to take it between meals.

Drinking vitamin C before going to bed… This is the most effective if you take it once a day!

How to choose vitamins? Natural vitamin C is expensive, but the effect is the same?

■ Japanese Pharmacopoeia Vitamin C (ascorbic acid)
As of 2016, 500g can be purchased at a list price of 4,800 yen, and the cost performance seems to be high. However, since it is necessary to measure each item, it is necessary to devise measures such as subdividing in advance to take on the go. The taste is bitter as it is, so adding it to orange juice makes it easier to drink.

■Sodium ascorbate
Contains almost the same amount of sodium, so it is not recommended for people who are concerned about salt intake.

■ Calcium ascorbate
Easy to drink, it is recommended because it can take in calcium, which tends to be deficient.

However, since vitamin C is considered safe up to 2000mg per day, we do not recommend taking more than 2000mg. The current recommended daily intake (required amount) of vitamin C for adults is 100 mg.

The number of meals and the interval between meals varies from person to person. It is a good idea to take vitamin C in a way that suits your lifestyle and incorporate it well.

PreviousWhat is the upper limit of vitamin E intake? The relationship between supplements and overdose
NextEssential Nutrients and Ingredients That Are Not