Home >> Health >> Husband and wife, parent and child, mother-in-law…the secret to a harmonious family is a relationship with boundaries

Husband and wife, parent and child, mother-in-law…the secret to a harmonious family is a relationship with boundaries 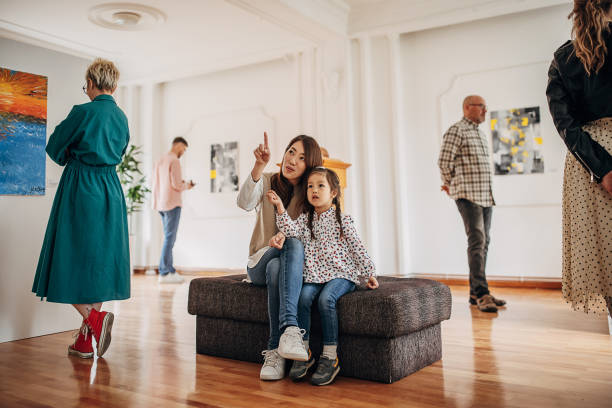 Tracing the background of family problems, it is often the case that the ambiguity of the “boundaries” between generations and within the family has an effect. Here are some tips for maintaining good family relationships by setting boundaries.

For example, parents or parents-in-law interfere with the housework and childcare of the child couple. Children care too much for their parents. When the boundaries between generations are blurred like this, troubles between parents and children often occur.

In addition, the ambiguity of boundaries can also affect parent-child relationships that are too close. As the communication between husband and wife fades, parents make the relationship with their children the basis of their hearts. In this way, the vagueness of the boundaries between parents and children may lead to the hindrance of the child’s independence.

When the ‘boundary line’ becomes ambiguous, children are more likely to be stressedBoundaries tend to be ambiguous, especially in households where three generations live together. For example, the daughter-in-law’s dissatisfaction builds up due to living together → it is difficult to talk to her husband → it is a case of being close to the child. When parents become emotionally unstable, children try to support their parents.

In the case of nuclear family homes, for example, there is the problem of mother-infant coherence called “monozygotic mother-child”. Identical parent-child relationships are sometimes born out of a background in which the husband comes home late, the wife feels lonely, and the child is closely attached. Even if children want to be independent from their mothers, there are those who continue to have close relationships while feeling guilty about that feeling somewhere in their hearts.

In this way, it is not uncommon for children to ultimately bear the burden of problems caused by “ambiguous boundaries” within the home. What should be done in order for each family to live a fulfilling life and build a comfortable and harmonious home? I think the following three points are important.

Three points to protect the “boundary line” in the family

Family is the closest relationship, so it is necessary to be aware of “boundaries”1. Express your feelings of not wanting to be interfered in an “assertive” manner

. I would like to recommend ” assertion ” as a way to convey your intention without hurting the other person .

For example, if you are uncomfortable with being interfered by your parents, first accept your feelings by saying, “Thank you for telling me.” Next, assert your feelings using “I” as the subject, such as “But I think I’ll try it at my own pace.” In this way, the self-assertion method that respects both the other party and oneself is called “assertion”.

2. Don’t easily shoulder the “responsibility” of the family In a

home where the boundaries are ambiguous, there are many cases where someone’s ” responsibility ” is shouldered by another family member. For example, the child may be burdened with a problem that the parent should have to deal with on their own or with their spouse.

It is fundamental that children take responsibility for solving their own problems by consulting with others or having fun outside the home. If there is a lack of marital relationship behind the issue, it is the couple’s responsibility to solve it by creating opportunities for conversation between the couple.

Children should not easily shoulder the responsibility of their parents, thinking, “I feel sorry for my mother” or “I can only support myself.” If you are aware of the boundaries from your side, your parents will also be able to “You can make them aware of the sense of responsibility that they (couples) will solve their own (couples) problems .

3. Recognize “borders” that are not “barriers” with the whole family Boundaries are

called “boundaries” in English. In the West, where individual freedom and partnership are valued, family boundaries are very important. However, in Japan, there may be many people who regard this as a “barrier” and feel that it is “watery”.

Imagine a boundary as a “fence” rather than a “barrier”. Fences are not interrupted like walls, so they can quickly notice each other’s changes. While watching each other’s actions as a family, we will respect individual boundaries. I think it would be a good idea for families to discuss how to create such a comfortable relationship.

PreviousChildren’s Stress… Words Parents Shouldn’t Say to Frustrated Children
NextHow to get rid of frustration? How to become strong against frustration