Home >> Health >> The pituitary gland that hangs from the hypothalamus

The pituitary gland that hangs from the hypothalamus 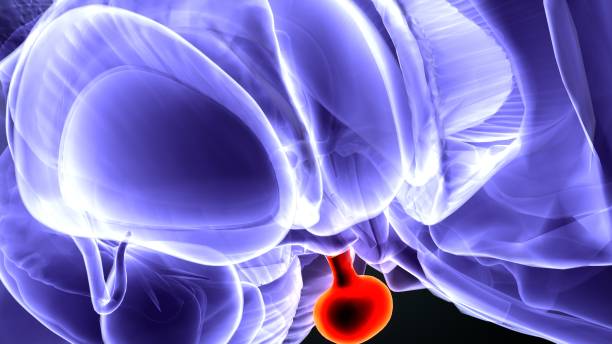 What is the pituitary gland? small organ that connects to the hypothalamus

Inside our head is an organ called the pituitary gland. It is located in the skull just between the eyes and at the back of the nose. It is 7 to 8 mm in size and weighs about 0.7 g. It is also called the “pituitary gland” because it hangs down like a protruding part of the brain, but it is not actually the brain (nerve tissue).

There is much debate as to which of the two names, pituitary gland and pituitary gland, is more appropriate. I recommend calling it the “pituitary gland,” as it may be misleading to call it “a part of the brain.” By the way, “pituita” in the English name means “mucus” in Greek, and when it was discovered, it seems that it was named so because it was thought to be an organ that only secreted mucus, but now it is used to produce hormones.・It is clear that it is a site related to secretion.

As its name suggests, the pituitary gland hangs down from the lower part of the cerebrum and is located in a depression in the skull called the sella turcica (original drawing by the guide).

Read Also: Reuse of thirst and urine: Mechanism of the hypothalamus that protects the amount of water in the body

Even in the process of brain development in a baby’s head, the anterior and posterior lobes have completely different origins. The anterior lobe is a group of secretory gland cells that migrated during the fetal period from the roof of the oral cavity, which will become the mouth and esophagus in the future. The anterior lobe of the adult pituitary gland in a mature adult is also called the “adenopituitary gland” because many hormone-producing and secreting cells are distributed. On the other hand, the posterior lobe is a nerve tissue formed by protruding part of the brain (bottom of the third ventricle). The posterior lobe of the pituitary gland in a mature adult lacks glandular cells and is also called the “neurohypophysis” because it contains nerve endings extending from the hypothalamus.

a posterior pituitary hormone produced by neurons in the hypothalamus

In 1895, when G. Oliver and E. A. Schaefer of England conducted research to find substances contained in the pituitary gland of animals, they discovered that an extract of the pituitary gland had the effect of raising blood pressure. I was. In 1928, researchers at Park Davis, Inc. in the United States succeeded in extracting two active ingredients from the posterior pituitary gland extract, and confirmed that it exerts uterine contraction and blood pressure-raising effects. The uterine contraction component (oxytocic fraction) was called pitocin, and the blood pressure increase component (pressor fraction) was called pitressin. Later, pitocin was given another name, oxytocin, and pitresin, vasopressin, and they became widely known as representative posterior pituitary hormones under these names.

Oxytocin, as originally discovered, is a hormone that primarily causes contractions of the uterus and is essential for causing labor pains when a pregnant mother gives birth to a child. In addition, it is also known to have the effect of producing breast milk and promoting memory, and it is also believed to be a hormone related to trust and affection based on recent research. The relationship between developmental disorders and oxytocin is also attracting attention, so I would like to explain it in detail in a later article.

Vasopressin was named so because it was first discovered as a hormone that constricts blood vessels (vaso) and raises blood pressure (when blood pressure rises, the walls of blood vessels are strongly pushed = press), but it has been studied in detail. We have found that vasopressin has a more dominant action. In 1919, a researcher gave patients with diabetes insipidus an extract from the posterior pituitary gland, which reduced urine output. It was presumed that the posterior lobe of the pituitary contains a substance that reduces the amount of urine, that is, has an antidiuretic effect.

Hormones (vasopressin or oxytocin) released from the axon terminals of nerve cells extending from the hypothalamus to the posterior pituitary gland enter the bloodstream from the pituitary arteries and are carried throughout the body (original drawing by the guide) .Some of you may have wondered, “Are hormones secreted by nerve cells?” A bit of biology makes it easy to remember that nerve cells secrete neurotransmitters and endocrine glands secrete hormones, but that’s not true. Whether a neurotransmitter or a hormone is not defined by a substance, nor is it determined by which cell secretes it. When the secreted substance is used for one-to-one transmission at the synapse, it is said to have acted as a neurotransmitter. I worked as a In other words, it is determined whether it is a neurotransmitter or a hormone depending on how it behaves after being secreted. Oxytocin is a substance that nerve cells make and secrete, but it enters the blood and acts on the whole body, so it is a hormone.

The anterior pituitary gland, which is an aggregate of glandular cells, produces a wide variety of hormones, including growth hormone, prolactin, thyroid-stimulating hormone, adrenocorticotropic hormone, and gonadotropic hormone. Its main function is as follows.

It is determined which gland cells produce which hormones. However, you cannot decide for yourself when and how much hormones are made and secreted. It is the brain that decides. Specifically, nerve cells such as the arcuate nucleus of the hypothalamus located above the pituitary gland instruct specific endocrine gland cells in the anterior pituitary lobe so that they can respond to changes in the environment while cooperating with the sensory system. is sent and controlled.

Unbeknownst to us, the hypothalamus continues to supervise the working force of hormones that circulate throughout the body, constantly, meticulously, issuing many commands to carry out its most important task of “sustaining life.”

PreviousReuse of thirst and urine: Mechanism of the hypothalamus that protects the amount of water in the body
NextThere is no such thing as a “brain hormone”! Difference Between Neurotransmitters and Hormones