Home >> Health >> Why do people’s likes and dislikes change? The amygdala, which determines the direction of love

Why do people’s likes and dislikes change? The amygdala, which determines the direction of love 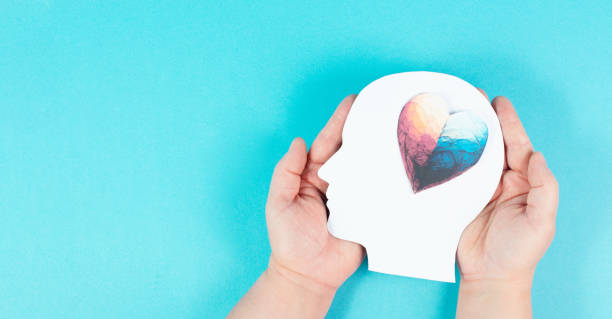 Our brain judges likes and dislikes. The same is true for romantic feelings. The amygdala is the center of emotions such as joy and sorrow, but the judgment of likes and dislikes is characterized not only by instinct but also by experience. Here is an easy-to-understand introduction to the role of the amygdala, which also determines the direction of love.

Why do we have likes and dislikes?

We are unconsciously judging what we like and dislike. Why do we have the feeling of “like” or “dislike” both people and things? On the other hand, we are often morally told not to say too much about our likes and dislikes, and not being picky about food is often described as a good thing. But is it really so?

In fact, it is our brain that decides “likes and dislikes”. We “like” what our brain deems beneficial and “hate” what it deems harmful. This is probably because our ancestors lived in a harsh natural environment, and it was important to avoid objects that they disliked in order to avoid risks and protect themselves. . Therefore, although there are parts that do not match the rules and ideas of modern society, it is important to be able to accurately judge likes and dislikes from a neuroscientific point of view.

This time, I will explain the structure and function of the amygdala, which is the center of the brain that determines likes and dislikes and is also related to love.

The amygdala is an almond-shaped part of the brain

When you hear the word “tonsils”, many people will associate “tonsils”.

Tonsils are lump-like lymphoid tissues located on both sides of the base of the tongue, and play a role in immunity to protect the body from pathogens such as viruses and bacteria. When a pathogen sticks to these tonsils and causes inflammation, it becomes so-called “tonsillitis” and fever.

You may not have thought much about what the term “tonsils” means, but it actually means “almonds”. Amygdala is the Chinese character for almond. The almond-shaped lymphatic tissue in the throat was named the tonsil, and the almond-shaped part in the brain was named the amygdala. Although the name is the same, the similarity is not in function, but in form.

Anger, fear, joy, sadness… the amygdala, the center of emotions

The amygdala is part of the limbic system, which is the “brain for a strong life”. The hippocampus is explained in detail in ” Working and functions of the hippocampus in the brain “, so please take a look at that as well.

The amygdala, which belongs to the limbic system, is located deep inside the temporal lobe and in front of the hippocampus.The amygdala is the “emotional center”. Emotions are reactions of the body and mind caused by emotional movements such as anger, fear, joy, and sadness, and the role of the amygdala is to produce them. There is some evidence that the amygdala is indeed involved in emotion.

What does the amygdala determine likes and dislikes?

The amygdala has close neural connections with other brain regions to determine whether we like or dislike what we see, hear, or experience.

First of all, it is connected to the sensory, visual, and auditory areas of the cerebral neocortex, and all the information we feel, see, and hear is sent to the amygdala. For example, when you fall and get injured and feel “pain”, the amygdala immediately judges that you don’t like it, and in order to get out of that state, ask for help from those around you, treat the injury appropriately, and heal. produce such behavior.

When you eat a steak, you can feel the scent of the sauce (smell), the moderately browned and red meat (visual), the sizzling sound (auditory), the deliciousness when you eat it (taste), the soft texture (tactile), and the warmth. (Temperature sense) and so on. Even if there are many such factors, the amygdala integrates and judges the information and decides likes and dislikes.

For example, on a hot summer day, when the thermoregulatory center in the hypothalamus (see “The Role of the Hypothalamus ” for details) determines that it is “hot”, that information is transmitted to the amygdala and “I don’t like it.” When the water in the body decreases due to excessive sweating, the thirst center in the hypothalamus (for details, see ” Mechanism of the hypothalamus that protects the amount of water in the body “) judges that the body is thirsty, and that information is transmitted to the amygdala and becomes “I don’t like it”. Then, the desire to “drink cold water” arises, and the behavior of drinking water is born.

Why do people and food likes and dislikes change? Judgment of the amygdala that changes with experience and memory

Our instinctive senses and desires are inherent in our bodies and do not change. When people feel pain, eyesore, noise, cold, hunger, thirst, etc., it is unlikely that they would judge such conditions as “like” or “pleasant.” It is essential to keep the body in a constant state in order to live, so when something goes wrong, we always judge it as “disgusting” or “uncomfortable” and react to restore the state of the body to its original state. increase.

However, likes and dislikes of things that are not directly related to life support sometimes change.

The amygdala is also connected to the hippocampus, which makes memories, and the temporal lobe of the cerebral neocortex, which is the storehouse of memories. The amygdala also judges likes and dislikes in light of memories of various experiences accumulated after birth. This is why our likes and dislikes about people and food change all the time.

The amygdala also changes how you feel about your partner.

The amygdala is the source of all emotions. Romantic feelings are also generated by the judgment of the amygdala. In order to get the person we like to like us, we try on clothes that the person likes, listen to the same music, and talk to them. Even as friends, if you can create “fun memories” together while dating, you may gradually fall in love with each other. All of these love processes are because the amygdala integrates sensory information and judges people’s likes and dislikes by referring to instincts and memories.

The amygdala is the “judge” that decides where your love will go.

PreviousSuspension bridge effect improves memory Why We Remember Stronger Experiences
NextFunctions of the hippocampus in the brain: Deeply related to memory and spatial cognition