Home >> Health >> Sleepiness countermeasures that can be done in the morning, noon, evening, and night

Sleepiness countermeasures that can be done in the morning, noon, evening, and night 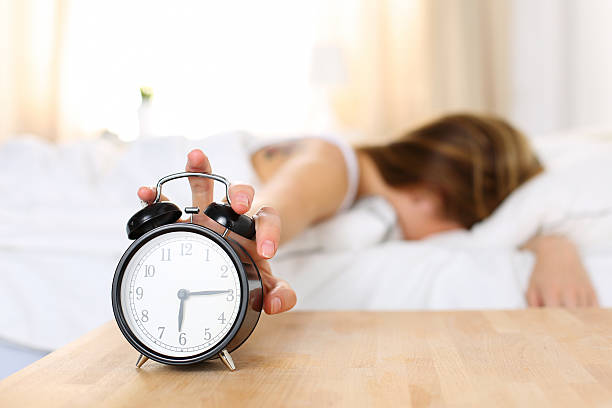 Sleepy in the morning due to difficulty waking up, sleepy after lunch or during meetings in the early afternoon, sleepy in the evening, and sleepy after dinner… Even if you say “drowsiness” in one word, the cause is different depending on the time of day. A doctor will introduce effective drowsiness countermeasures for each of the causes of drowsiness at different times of the day.

“Twice sleeping” is recommended for sleepiness measures after waking up!

“It’s hard to get up in the morning…” Do you wake up comfortably every morning?If you’re getting enough sleep, you should be able to wake up naturally and feel refreshed without an alarm clock. However, most people are usually woken up by the alarm clock. This is either because you didn’t get enough sleep or because you were awakened during a deep sleep.

Sleeping twice is recommended for drowsiness measures immediately after waking up. The anti-stress hormone cortisol, which is produced in abundance around the time you wake up, prepares you for the stressful world. However, let’s only sleep twice for 10 to 15 minutes. If it becomes more than that, set the wake-up alarm later from the beginning and get a good night’s sleep.

If you are shaken by trains or buses on your way to work or school, you may feel sleepy. Sleepiness occurs not only when sleep is lacking, but also when you wake up early in the morning and have time. If you want to give yourself over to drowsiness, take a nap in the car. A nap in the morning can help compensate for the lack of sleep the night before. If you don’t like sleeping, it’s a good idea to use a smartphone or tablet device. The flickering light will soothe your drowsiness.

In terms of biorhythm, the morning is one of the least sleepy hours. However, when the lack of sleep accumulates, I can’t help but fall asleep. If you’re at work, talking to your co-workers, boss, or going to sales will wake you up. At school, it would be a good idea to speak up in class or go outside during recess to get some bright light.

A nap is also called a “power nap”Many people feel sleepy after eating lunch. Due to biological rhythms, sleepiness peaks between 2:00 and 4:00 pm. This shows up even when you skip lunch.

If you follow this drowsiness, a short nap is effective. Even if you don’t sleep during the 2:00-4:00 p.m. peak, a 20-minute nap at lunchtime will help you anticipate sleepiness and get through the afternoon with a clear head.

To combat sleepiness, take a coffee break around 2-3pm. Eat snacks to replenish your brain with glucose, a source of nutrition for your brain, get caffeine with coffee or tea, and have fun chatting to beat sleepiness.

However, there should be many people who become sleepy in the evening. One of the causes is the effect of lack of sleep, but people with a strong nocturnal pattern shift their body temperature rhythm to a later time, so drowsiness, which normally peaks between 2:00 and 4:00 pm, appears in the evening. sometimes.

Napping after 3:00 p.m. is generally not recommended as it will adversely affect your night’s sleep. However, if you are very sleepy, I think you should take a nap of about 20 minutes. If possible, take the lunchtime nap mentioned above to avoid feeling sleepy in the evening. People who are nocturnal and sleep deprived need to make an effort to change their life patterns.

Sleepiness after dinner is caused by the satiety hormone leptin? What is the countermeasure?

When your stomach swells, leptin, known as the satiety hormone, is released. Leptin makes you sleepy, but don’t sleep here. It has long been said that if you sleep right after eating, you will turn into a cow. You won’t really be a cow, but sleeping on a full stomach will make you sleep worse. That’s because you can’t sleep deeply while your stomach is actively moving.

After eating dinner, brush your teeth, wash the dishes, get ready for a bath, and move your body frequently. If you’re young and have three to four hours between dinner and bed, caffeine is fine. If you just stare at the TV, sleepiness will attack you.

Some people just fall asleep after dinner and wake up 3-4 hours later. In such a case, “split sleep” is recommended. After waking up from the first sleep, do a non-exciting activity, such as a hobby or study, and go to the second sleep when you feel sleepy again. Split sleep is a sleep method that has been around for a long time, and it seems that TV personality Tetsuko Kuroyanagi is also practicing it.