Home >> Health >> Should you talk to your lover from the left side? Is there a scientific basis for the right-brain/left-brain-related story?

Should you talk to your lover from the left side? Is there a scientific basis for the right-brain/left-brain-related story? 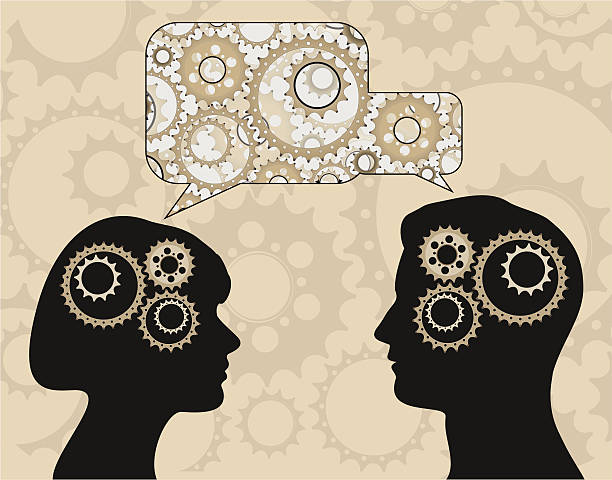 The so-called “right brain” and “left brain” are popular, but what are the actual differences between the left and right hemispheres of the cerebrum? I will explain the left-right difference of the brain, including the truth of the story that “Left-handed brains have a high percentage of 〇〇” and “It is better to talk to the person you like from the left side so that it is easier to reach the emotional right side of the brain.” .

Difference between right brain and left brain? Are there functional localizations in the left and right hemispheres of the cerebrum?

However, some functions are localized in either the left or right hemisphere. A typical example is The expressive language area (=Broca’s area), which plays a necessary role in verbalizing what you want to express, which is found only in the frontal lobe of the left hemisphere in more than 90% of people. The same is true for the receptive language area (Wernicke’s area), which plays a necessary role in reading human speech and written text as words.

If you say that there is a functional localization, it is there, if you say that it is not, it is not. This time, let’s talk in more detail about the roles of the left and right hemispheres of the cerebrum in such a delicate relationship.

Read also: Is there a left-right difference in the function of the hippocampus, which controls memory?

Left-handers have a language center in the right hemisphere? Associating with handedness is a misinterpretation

Let’s supplement the left-right difference in the language center.

There is a theory that “Whether the language center is on the left or right is related to the handedness”. In fact, it is said that only a few percent of right-handed people have their language centers in the right hemisphere, while 30-50% of left-handed people have them. Just hearing this, you might think that there is a relationship between the dominant hand and the distribution of language centers, but please don’t jump to conclusions. That’s a big misunderstanding. Number tricks just got you hooked.

It is the same as the problem of “difference in the weight of one vote” in the election of members of parliament. It has even been argued that it is illegal to treat results with different weights of votes equally, so comparing left-handed and right-handed data is unreasonable. Even if there is data that seems to indicate that left-handed people have a higher proportion of right-hemisphere language centers, it is a trick of numbers and does not mean that the localization of language centers is related to handedness. Let’s get it right.

After all, even if you are left-handed, more people have their language center in the left hemisphere.

The hemisphere on the side of the language center is sometimes called the “dominant hemisphere”. When removing part of the brain for the purpose of treating epilepsy, etc., care must be taken because if the side with the language center is carelessly removed, severe sequelae including aphasia may appear. It is a word with meaning. However, the term “dominant hemisphere” seems to be taking on its own, as the hemisphere where the language center is located is arbitrarily interpreted as being “superior.” And this seems to lead to the so-called “right-brain/left-brain” hypothesis, which has been broadly interpreted as if there is superiority or inferiority between the left and right sides of the brain. increase. I will discuss this issue in detail in another article.

How are the right and left eyes connected to the brain?

Now let’s think about vision. We have two eyes in many ways. For example, it is possible to see a wider range of objects at once than with one eye, widening the field of view, and to obtain depth information of what you are looking at and to obtain a sense of perspective. And the “visual cortex” responsible for vision is located in the occipital lobe of both the left and right hemispheres, so that it fits both eyes.

As evidence of this, those who have damaged the visual cortex in the right hemisphere cannot see the world in the left half, regardless of whether they see it with their right or left eye. Therefore, for example, when you apply makeup while looking in the mirror, you may not notice that you have forgotten to apply makeup to half of your face.

Are there differences between the left and right senses of hearing, smell, and taste?

Consider hearing, too. From a physical point of view, it is rare for sounds generated in the outside world to enter only one ear, so there is almost no difference in hearing between the left and right ears. Sound information received by the left ear is transmitted to both the left and right hemispheres. The same is true for the right ear. The “primary auditory cortex”, which forms the center of hearing, is located in the same way on the left and right in the upper part of the temporal lobe of the cerebral neocortex.

Have you ever heard that it is better to speak from the left side when talking to your lover or asking someone for a favor? A person who expanded the so-called “right brain/left brain” theory thought that “the right brain is an emotional brain, and since it crosses the left and right, if you put a sound in the left ear, you can directly appeal to the emotions of the right brain.” I think that’s what I’m chanting. Unfortunately, that is incorrect. As explained above, the sound that enters the ear is transmitted to both the left and right hemispheres in almost the same way, so it doesn’t matter which side you speak to. It is pointless to change your position because you think you have to speak from the left side.

However, there is a left-right difference in the process of “cognition” in which the content of the sound transmitted to the left and right primary auditory cortices is interpreted. For example, understanding language is the left hemisphere’s job. The right hemisphere is said to be better at listening to music.

The sense of smell occurs when olfactory cells in the back of the nostrils receive odor-causing chemical substances, and the information is transmitted to the olfactory cortex in the frontal lobe of the cerebral neocortex. Taste occurs when taste cells in the “taste buds” on the tongue receive chemical substances that are the source of taste, and the information is transmitted to the “gustatory cortex.” However, the human sense of taste is complex, and the brain mechanisms related to taste have not yet been fully elucidated. The place corresponding to the gustatory cortex is thought to be in the lower part of the parietal lobe of the cerebral neocortex (near the boundary between the frontal and temporal lobes). In any case, there are few reports of bilateral differences in smell and taste.

Stories such as “right brain” and “left brain” seem to attract the attention of many people, but there does not seem to be a difference between the left and right brains, and the debate continues. I would like to take up the left-right difference about other functions in another article.

PreviousIs there a left-right difference in the function of the hippocampus, which controls memory?
NextAre male and female brains different? Gender differences and authenticity of the corpus callosum that connects the right and left hemispheres of the brain