Home >> Health >> Separate beds for couples in the same room? Is it healthier to sleep alone?

Separate beds for couples in the same room? Is it healthier to sleep alone? 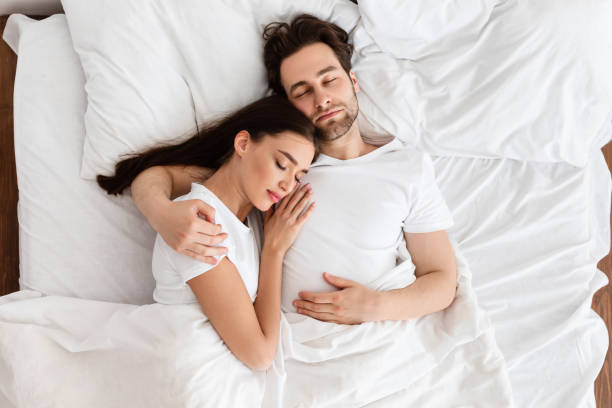 Is it better to have separate rooms for couples? Disadvantages of living in the same room as a couple

When a couple sleeps in the same bed, it can be both good and bad. The disadvantage is that if you have different preferences for bedtime, wake-up time, room temperature and brightness in the bedroom, one person’s sleep will be sacrificed. If you lose the futon battle in the cold winter, you may catch a cold.

The likelihood of marital quarrels also seems to be related to the state of sleep. A study by Wendy Troxel, a professor of psychiatry at the University of Pittsburgh, found that if a wife takes a long time to fall asleep, the wife is more likely to have marital problems the next day, and the husband is more likely to complain about the same. It has been reported that The results show that marital quarrels are more likely to occur the next day when the wife has trouble falling asleep . When you don’t get enough sleep, the amount of serotonin

in your brain decreases. Serotonin has a stabilizing effect on the mind, so a lack of serotonin can make you feel irritable and angry. For this reason, it is thought that the risk of marital quarrels increases the next day when the wife has trouble falling asleep. Rhythmic exercise such as walking and sunbathing are effective in increasing serotonin . Chewing gum or singing a song also increases serotonin and makes you feel calmer. Grooming also increases serotonin, so it is recommended that couples massage each other. The method to increase serotonin and sleep soundly is “

Of course, there are many benefits of sleeping together as a couple.

Another study by Professor Wendy Troxel found that a woman who was in a stable relationship with her partner for a long time was more likely to fall asleep and wake up more during the night than a single woman or a separated woman. I understand.

It is thought that this is because sleeping with a partner provides a sense of security and suppresses the secretion of stress hormones such as ” cortisol .” Also, bed-sharing increases oxytocin , a hormone that reduces feelings of anxiety . Oxytocin is also called the “ love hormone ”.

There is also a way to get along by taking advantage of differences in bedroom environment preferences and lifestyle habits. If you go to bed and wake up at different times, you can go in and out of bed without waking the other person. Instead of just voicing your own wishes, try to work out what you both want so that both of you can get a good night’s sleep. Caring for the other person deepens mutual understanding and affection, and there is no doubt that the marriage will become more and more harmonious.

Unexpected benefits of sharing a room with a married couple: It may lead to early detection of illness

Hearing someone snoring or clenching their teeth is annoying, but it can also be an opportunity to find out if your important partner is sick.

If it’s just snoring, there’s not much of a problem, but if you stop breathing after severe snoring, be careful. There is a possibility that you have a disease called ” sleep apnea syndrome ” that repeats suffocation during sleep. In such a case, if you are overweight, try losing weight, and if you stop breathing on your back, try sleeping on your side. If that doesn’t work, see a sleep disorder specialist as soon as possible. If you grind your teeth next to me, you may not be able to sleep because you are worried about it. Stress is one of the main causes of teeth grinding, so if you’ve been grinding your teeth more recently, you need to think about how to deal with stress. Patients with “gastroesophageal reflux” may grind their teeth and swallow saliva to neutralize the acid when acid reflux occurs . If you also have heartburn, I recommend seeing a gastroenterologist or an internal medicine doctor. People who have never talked in their sleep before suddenly start talking in their sleep, moving their limbs, or walking around the room in their sleep may have a sleep disorder called REM sleep behavior disorder . In REM sleep behavior disorder, people act exactly as they dream . Therefore, it is dangerous to hurt your partner or to injure yourself . When in doubt, see a medical institution that treats sleep disorders as soon as possible.

PreviousPersonality diagnosis in bed! Relationship between psychological sleeping position and personality
NextEliminates “can’t sleep” and “can’t get up in the morning” in winter! Asked 500 people, “Worry of sleep in cold season”?