Home >> Health >> Reuse of thirst and urine: Mechanism of the hypothalamus that protects the amount of water in the body

Reuse of thirst and urine: Mechanism of the hypothalamus that protects the amount of water in the body 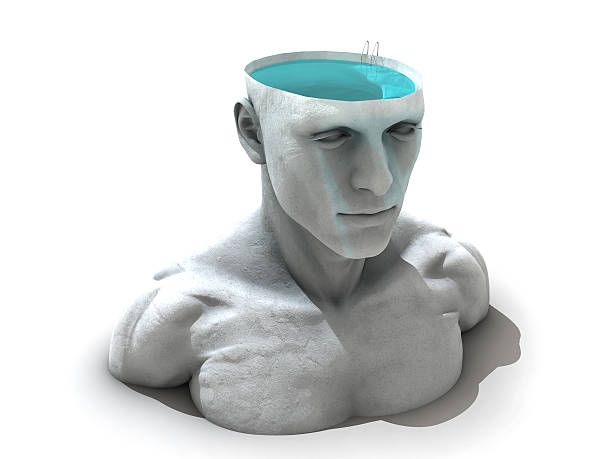 The most necessary thing to protect life, “water”

The question is, “If you could only take one thing to a deserted island, what would it be?” Knives, lighters, sleeping bags, fishing rods, and so on, there are many different answers, each with their own reasons. I feel like there is no right answer, but I personally think that water is the most necessary thing rather than what tools are convenient. After all, water is absolutely necessary to protect life.

” , it is believed that the life of our ancestors was born in the sea. Is it a remnant of that? About 60% of the human body is made up of water. Since blood is liquid, it has a large amount of water and is 90% water. Even a little dehydration and poor blood flow can be fatal. The brain is also very watery, 80% water. Blood vessels run through the brain, but there are also cave-like spaces called cerebral ventricles, in which a clear, colorless liquid called cerebrospinal fluid flows, which supplies oxygen. and a constant supply of nutrients. If you lose even a little amount of water, your brain will not function properly. As we live on land, in order to maintain the necessary amount of water in our bodies at all times, it is necessary to compensate for the lost amount by drinking water, and to prevent water loss as much as possible. The hypothalamus in the diencephalon plays a central role in this. This time, I will explain in an easy-to-understand manner how the hypothalamus maintains fluid homeostasis.

Read Aslo: Functions of the hippocampus in the brain: Deeply related to memory and spatial cognition

Check salinity instead of water content? A sensor in the brain that can detect dehydration

Drinking water is the easiest way to replace the water in your body when it’s depleted. However, not all of the water you drink enters the body, and it takes some time for part of it to move from the stomach to the intestines, be absorbed into the body, and reach every corner of the body. Even if you rush to drink water when you are in such a state, it will not be in time. Therefore, our bodies are equipped with sensors in our brains that can sensitively detect even slight changes in body water content.

The sensor in the brain does not measure water itself. Our body fluids are mainly made of salt water containing Na⁺, so we detect the salt concentration and osmotic pressure.

There is salt water in a glass, and when the water evaporates and the amount of liquid decreases, the salt content becomes concentrated. In the same way, sensors in the brain interpret increased levels of Na+ in body fluids as “dehydration.” The identity of the sensor molecule that detects an increase in Na⁺ concentration in body fluids has not been completely elucidated, but a research group at the National Institute for Basic Biology, National Institutes of Natural Sciences has discovered an ion channel on the cell membrane that allows Na⁺ to pass through. (Nature Neurosci 6: 511-512, 2002).

Even a small amount of water loss can cause abnormalities in the body’s functions, so the brain’s sensors are very sensitive. Even if we lose about 1% of our body weight in water by sweating a little, we feel thirsty. How do changes detected by sensors in the brain lead to thirst?

The thirst center (also known as the thirst center), which is believed to be located in the anterior hypothalamus, plays a central role in this process. The thirst center triggers the sensation of thirst and the act of drinking water when it receives a signal from a sensor that senses an increase in Na concentration or osmotic pressure.

Drinking behavior is thought to be innate. In fact, before we were born, we grew up surrounded by amniotic fluid in our mother’s womb. I came. The act of drinking water, which is essential for life, is an instinct, and the role of the thirst center is to draw out that instinct.

Elderly people are said to be more prone to dehydration. One reason for this is that as we age, the function of the thirst center declines. It is too late to detect thirst and induce drinking behavior.

By the way, do you drink water when you are thirsty? We understand that you want to quench your thirst quickly, but drinking a lot of water at once is not a good idea.

The water we drink is mainly absorbed from the intestines, enters the body, is used, is processed by the kidneys, and is excreted as urine. So drinking too much water puts a strain on your kidneys. Also, if you drink more water than your kidneys can handle, the amount of water in your body will be too high, and your blood will be too salty, which can lead to electrolyte imbalances.

Also, as mentioned above, it takes time for the water you drink to spread throughout your body. Therefore, if you keep drinking until the sensor in your brain reacts, you will end up drinking too much. How soon should I stop? I don’t understand even if I think about it.

Do not worry. Even if we don’t think about it, our bodies have mechanisms to prevent us from drinking too much water. There are sensors in the mouth and throat that sense cold stimuli and wetness. When you drink even a little water, this sensor responds and quickly informs your brain that you have already drunk water, helping you to get rid of your mouth and thirst. In other words, if this mechanism is working properly, it will limit the amount of water you drink before your body actually recovers, so you will be satisfied with just one sip and not overdrink. is.

Don’t waste water in your body! There is also a mechanism to reuse 99% of the original urine

The kidneys “filter” the blood in what is called the glomerulus to make urine. For example, when dirty muddy water is passed through a fine mesh, pebbles and mud remain without passing through the mesh, and only the clear liquid drips down and can be separated. This is “filtration”. Blood consists of blood cells such as red blood cells and white blood cells, and a liquid component called plasma. When the blood is passed through a mesh, only the plasma can be separated and becomes “primary urine”, the source of urine. is.

It is said that the amount of blood that the kidneys filter per day is 150 to 200 L, which is equivalent to one large drum can. Most of it becomes primary urine, so if you excrete all of it, you will have to drink nearly a drum of water to make up for it. To put it bluntly, we can’t, and we don’t really need to drink that much water.

The composition of primary urine is almost the same as the liquid component of blood (called “plasma”), and in addition to water, it contains electrolytes such as Na⁺, nutrients such as glucose and amino acids, and water-soluble waste products. increase. The main purpose of urinating is to throw away water-soluble waste products, and we want to throw away necessary water, electrolytes, and nutrients as little as possible. Therefore, a mechanism is provided to collect such necessary substances as the primary urine moves through the tubes in the kidney. Regarding water, 99% of the original urine is returned to the body, and the amount of water ultimately discarded as urine is about 1 to 2 liters per day. That’s why we don’t have to drink so much water.

A hormone called vasopressin is needed in the ducts of the kidneys to remove water from the urine. For details, see “The pituitary gland that hangs from the hypothalamus: An easy-to-understand explanation of its structure and function. “”please look at. Vasopressin is produced by nerve cells in the paraventricular nucleus of the hypothalamus, secreted from the axon terminals extending to the posterior pituitary gland, and immediately enters blood vessels and is transported throughout the body. When it reaches the kidneys, it facilitates the return of urinary water to the body by increasing the expression of proteins called “water channels,” which facilitate the passage of water through the tubes in the kidneys.

Deficiency of vasopressin causes diabetes insipidus. Also, the reason why you need to go to the toilet when you drink alcohol is because the alcohol contained in alcohol reduces the secretion of vasopressin.

In summary, the hypothalamus constantly watches over changes in the amount of water in the whole body, and when necessary, causes thirst in the mouth and throat to cause drinking behavior, and acts on the kidneys to prevent excessive water loss. is there. It’s all thanks to the hypothalamus that keeps our bodies hydrated.

PreviousFunctions of the hippocampus in the brain: Deeply related to memory and spatial cognition
NextThe pituitary gland that hangs from the hypothalamus