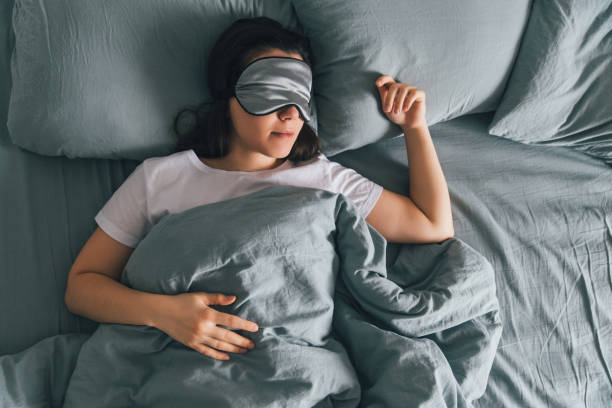 It has been reported that whether you sleep for a long time or a short time, you are more likely to get sick and your life span is shortened. The ideal sleep time is about 7 hours, but not only the time but also the “quality” of sleep is important. Find out what your ideal sleep time is and learn how to get enough sleep to live longer.

The ideal sleep time is 7 hours! Does sleeping longer make you live shorter?

A study conducted in the 1980s on more than one million people in the United States to determine the relationship between sleep duration and life expectancy yielded unexpected results.

“Sleep is like appetite,” said study author Daniel Krippe, Ph.D. Sleeping all the time is not good for your health.”

It’s not yet clear what causes long sleepers to live shorter lives, but it’s been pointed out that long sleepers may have some health problems.

Read Also: What is the warmest way to put a futon on? The order and correct use of duvets and blankets

Lazy sleep is a waste of time! how to wake up refreshed

Our lives are strongly influenced by our body clock. Deep sleep , which is particularly important among non-REM sleep that rests the brain , often appears in the early hours after falling asleep . On the other hand, shallow non-REM sleep increases from midnight to early morning.

In addition, after sunrise, it is difficult to get a deep sleep due to the sunlight and the noise of the outside world. Continuing light sleep like this for a long time will result in poor sleep quality and a waste of precious time.

Even in terms of making effective use of daytime hours, sleeping lazily has the opposite effect. The depth of sleep and wakefulness influence each other . When you sleep deeply, you wake up refreshed, and your alertness after waking up is kept high.

Although there are differences between morning owls and night owls, human beings basically have high work efficiency, motivation, and concentration during the daytime, and their brain function declines when the sun goes down. It is said that “studying in the morning is six times more effective than studying in the evening”. To make the most of your waking hours, wake up within two hours of your normal wake-up time on weekdays and start a new day.

In order to know the necessary and sufficient sleep time, it is effective to record the sleep time several times on days when you fell asleep and woke up well and were active even after waking up. The stressful weekdays and relaxing weekends can require different sleep hours, so keep track of the two separately.

Once you know the time to sleep, prepare to sleep deeply and wake up refreshed.

■ Things to do before going to sleep
First, prepare the bedroom environment. Room temperature should be 16-28°C and humidity should be 50-60%. Make the room as dark as possible, but if you’re worried about it, turn on a miniature light bulb footlight. Thick curtains, double-glazed windows, and low-noise appliances are effective for quiet sleep.

When I get into the futon, I am strongly conscious of the time to wake up the next morning. It is called “self-awakening method”, but it works on the deep psychology and makes it easier to wake up at the scheduled time. If you wake up at 6:00, you can hit your pillow six times. Also, it is important to imagine that the next day will be a fun and fulfilling day. Imagine the excitement of a successful job or an unexpected encounter.

■ What to do in the morning

Aim to wake up once the alarm goes off!In the morning, when the alarm clock rings, wake up once. Using snooze or setting too many alarm clocks can make for poor sleep. Please have a sense of crisis if you are wasting your precious time in your futon.

As soon as you open your eyes, flip the comforter off and wake up with the cold. This is the Satsuma-style wake-up method that Takamori Saigo used to do. Then, when you turn on the lights in the room and open the curtains to let in the sunlight, your body clock is reset.

■ How to deal with
drowsiness Wash your face with cold water after waking up to reduce drowsiness. Caffeine, found in coffee and tea, blocks the action of hypnotic substances in the brain. Even if it’s just a little bit, let’s have breakfast. The second body clock “belly clock” in the gastrointestinal tract begins to move. When glucose, which is an energy source, is replenished, the function of the brain becomes active.

If you feel very sleepy during the day, take a nap. A nap from mid-morning to 3:00 pm can help combat sleep deprivation. Sleeping for 10 to 30 minutes while sitting on a chair instead of lying down reduces sleepiness and increases alertness.

PreviousWhat is the warmest way to put a futon on? The order and correct use of duvets and blankets
NextI want to try it on a tropical night! A good sleep method that reduces light sleep and difficulty sleeping