Home >> Health >> What is the role of the hypothalamus? Important functions that regulate the autonomic nervous system and the endocrine system

What is the role of the hypothalamus? Important functions that regulate the autonomic nervous system and the endocrine system 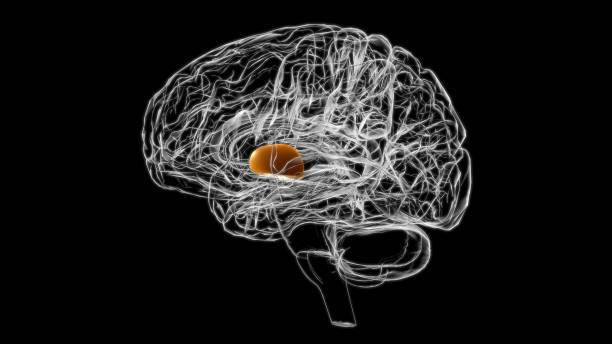 What is the role of the hypothalamus? “Instinctual generalist” who regulates the autonomic nervous system and the endocrine system

While the lower parts of the brainstem, from the spinal cord to the midbrain, are specialized in individual functions such as respiratory movements, cardiovascular movements, vomiting, coughing, and swallowing, the hypothalamus By controlling the autonomic nervous system and the endocrine system, which extend throughout the body, the body’s functions necessary for life support are regulated comprehensively.

As specific roles, it controls instinctive desires such as appetite, sleep, and libido, regulates body temperature, regulates the amount of water in the body, regulates the internal clock, and regulates blood pressure and digestive functions. Of these, this time, we will explain the mechanism of temperature regulation by the hypothalamus.

Like most mammals, our body temperature stays roughly the same whether it’s hot or cold, but why is that?

In the body, digestive enzymes that work to digest food and metabolic enzymes that work to break down unnecessary substances function at a certain temperature. , the function of the enzyme is also changed. In addition to enzymes, there are many other mechanisms whose function is dependent on temperature. In order not to change the function of the body, it is necessary to keep the internal environment of the body as constant as possible. And in fact, our human body has such a mechanism. That is “homeostasis”. Thermoregulation is part of homeostasis.

In addition, even if the outside temperature changes, we can now maintain a constant internal temperature, which allows us to expand our range of activities. For example, if you go outside on a very cold day and your body temperature drops and your body functions stop, that would be a big problem. On the contrary, it will be a big problem even on a hot day. Whether it’s hot or cold, you can travel long distances just by changing your clothes a little.

Dinosaurs were born about 230 million years ago and dominated the earth for a long time, but they became extinct about 6,600 years ago. It is said that the main reason is that the temperature dropped significantly due to the impact of the meteorite impact. It is thought that mammals were able to survive an era in which approximately 75% of life on earth was lost because they had a mechanism for regulating body temperature.

Read Also: What is the identity of appetite and satiety? A diet method that is easy to succeed neuroscientifically

The same is true for our body’s thermoregulatory mechanism. Or, in fact, the opposite can be said. Thermostats and air conditioners were created by applying this principle as a result of research into the mechanism of body temperature regulation.

thermoregulatory center in the preoptic area of ​​the hypothalamus

The control unit that controls our body temperature is called the thermoregulatory center, and as shown in the diagram below, it is located in a place called the “preoptic area” in front of the hypothalamus.

The thermoregulatory center is located in the preoptic area of ​​the hypothalamus (original drawing made by Guide).Here, the body temperature is set to be approximately 36-37°C. Temperature sensors, on the other hand, are located under the skin, in the spinal cord, in the brain, and so on. A sensor under the skin measures the temperature of the skin exposed to the outside air and sensitively senses changes in the outside temperature. Sensors in the spinal cord and brain measure the temperature inside the body and are sensitive to the heat generated inside the body. There is no device made of metal even though it is called a sensor. At the tips of sensory nerves, there are multiple special proteins (called thermoreceptors) that respond to a certain range of temperatures, and their responses determine hot or cold.

Information captured by the terminals of sensory nerves, which act as temperature sensors, is transmitted through nerve fibers to the thermoregulatory center in the hypothalamus of the brain to determine whether the body temperature is higher or lower than the set temperature (36-37°C). will be When the skin or interior of the body is judged to be hot, the thermoregulatory center issues commands that cause the body to respond in an attempt to lower the body temperature. For example, it regulates the autonomic nervous system to dilate blood vessels in the skin, allowing more blood to flow to the surface of the body and allowing heat accumulated in the body to escape from the surface of the body to the outside air. It also stimulates the sweat glands in the skin to produce a lot of sweat, and the sweat evaporates to lose heat from the surface of the body. This is why your face turns red and you start sweating when you feel hot outside or inside.

When the skin or interior of the body is judged to be cooler than the set temperature, the thermoregulatory center issues commands that cause the necessary reactions in the body to raise the body temperature. For example, it constricts blood vessels in the skin via the autonomic nervous system to prevent heat from escaping from the body to the outside air. This medicine promotes hormone secretion from the thyroid gland and adrenal cortex of the endocrine system, and promotes heat production through metabolism in internal organs and skeletal muscles. It also tries to warm the body by producing heat by wiggling the muscles of the hands and feet via the somatic nervous system. This is why your skin turns white and your hands and feet tremble when you feel cold outside or inside your body.

In summary, the body’s thermoregulation system consists of nerve cells in the preoptic area of ​​the hypothalamus that cause the contraction and dilation of blood vessels and perspiration, the autonomic nervous system, the endocrine system that produces metabolic heat, and skeletal muscles. It consists of comprehensively moving the somatic nervous system that moves the It’s amazing that all this is innate and unconsciously done without fail.

PreviousWhat is the identity of appetite and satiety? A diet method that is easy to succeed neuroscientifically
NextInspired by research on aphasia: what is the “localization of function” of the cerebrum?