Home >> Health >> Compliments rather than rewards! How to raise a child based on the reaction of the brain

Compliments rather than rewards! How to raise a child based on the reaction of the brain 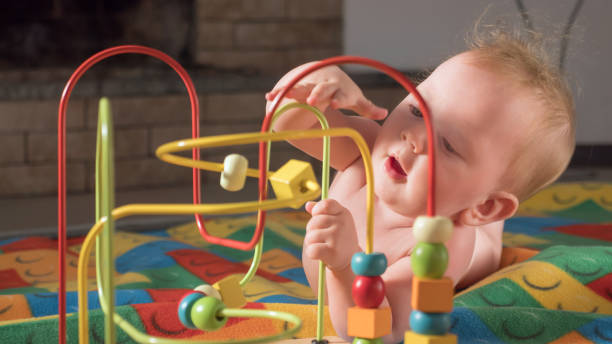 Emotions can be understood by the reaction of the brain! “Praise” effect seen from the latest brain imaging technology

Each part of our brain is responsible for different functions . Many of these findings have been obtained by analyzing cases of patients who unfortunately had part of their brain damaged by disease or trauma, as well as data from animal experiments. However, there is a limit to what we can understand. Using conventional research methods, it was not possible to know what part of the brain is responsible for what we feel and think in our daily lives when we are healthy.

A new functional brain imaging technology was developed in the early 1990s that is expected to overcome such limitations.

In fMRI, we apply MRI, which is a technology that visualizes the difference in response of tissues inside the body when a magnetic field is applied. By superimposing the images, it became possible to infer which part of the brain is active at the moment we are doing something.

In recent years, many attempts have been made to elucidate the functions of the human brain, which were previously impossible, using this epoch-making brain function imaging technology. This time, I would like to introduce a report that suggests the effect of “praise” from among the research examples that I found interesting. I think it will be useful information for parents who are worried about how to raise their children.

Is the brain equally pleased with prizes and compliments? Brain reactions revealed by fMRI

In 2008, a research group at the National Institute for Physiological Sciences (Okazaki City, Aichi Prefecture) asked 19 men and women with an average age of 21 to cooperate, and presented fMRI data measured while playing games ( Neuron, 58: 284-294, 2008 ). According to the report, when winning a card game and getting a prize, an increase in blood flow in a part of the brain called the “striatum” was confirmed.

The striatum is a part of the basal ganglia that regulates movement of the body, and it is well known that impaired function causes movement disorders such as Parkinson’s disease. Also, when we do something, it is necessary to judge what is the best way to achieve the goal and make a “decision”, but the striatum is also responsible for this function. is. In addition, the data from this study showed that the striatum responds to receiving a reward for winning the game.

Next, the same research group also examined where in the brains of the same people reacted when they were given only compliments without any rewards such as money. And the same “striatum” reacted, just like when I received the prize. In other words, it was shown for the first time that our brains feel and enjoy receiving verbal “compliments” in the same way as receiving actual “rewards” such as money.

Effective for childcare! It is not necessary to “fish with things”, it is important to “praise correctly”

Whether it’s an object or a word, the brain naturally enjoys and responds in the same way. Let’s apply this fact to parenting.

For example, there may be many parents who invite their children who do not study well, saying, “If you get good marks on tests, I’ll buy you something you like.” This is because we believe that children will be more motivated if they receive something instead of just being praised.

However, it is wise to stop this work. This is because the brain, which influences emotions, responds with equal happiness to both, and there are also disadvantages to luring people with objects.

If a child gets a good score with the aim of rewarding them, the child will feel valued not for getting a good score, but for being able to buy something they like. Because getting people to buy things has become their goal. If this is repeated, you may even fall into the mindset that if you can’t buy anything, there’s no point in studying. This is putting the cart before the horse.

According to the results of the research I mentioned earlier, receiving money or goods and being praised for your achievements are two equivalent things for the brain. If your brain feels the same pleasure, you don’t need to go out of your way to make value propositions.

In the long run, when your child succeeds, it might be better to evaluate it properly and praise it “correctly” rather than buying things for them.

How values, morality, and art were born in the brain… The future of brain science opened up by fMRI

What I have introduced here is just one example of brain research using fMRI. There are many other interesting brain science studies being conducted, so I would like to introduce them more and more.

How and where in the brain are our spiritual worlds such as values, morals, religion, art, and culture formed? While many people are interested, questions that could not be answered until now are gradually being clarified by a new technology called fMRI. Let’s look forward to future developments in brain science research.