Psychological reasons for internet flaming and how to deal with it 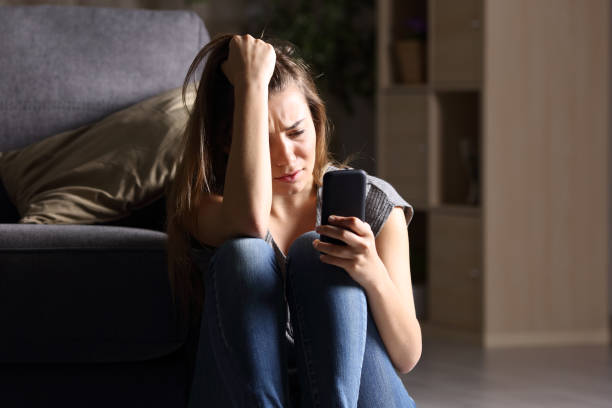 Extreme slander that increases with the spread of SNS. There are two possible psychological reasons behind the tendency for slanderous writing and flames to occur on the Internet: “group polarization” and “non-individualization”. The key is the power of metacognition. Please keep this in mind so that you can continue to use the Internet as a convenient tool without being swayed by temporary emotions and impulses.

Two reasons why slander does not stop on the Internet

Slander on the Internet is increasing with the spread of SNS. Once you are the target of criticism, you will be attacked in the blink of an eye and driven to the bottom. Especially these days, the words and actions of politicians, the response of the government, and the behavior of celebrities have become the seeds of criticism, and there are many slanderous writings on the Internet.

So why is it that slander tends to become extreme on the Internet? As background, there are two possible psychological reasons:

For example, at a drinking party, when the topic of someone with bad manners came up, it turned into an abusive insult, and later I regretted saying, “Why did everyone say something so bad?” Is there? This is because group polarization has caused conversations to run wild in extreme directions.

By the way, this group polarization often occurs on the Internet, and it is called “cyber cascade”.

2) Deindividualization … Because you can speak anonymously, it is easy to make offensive claims

Since you can post anonymously on SNS such as Twitter, you do not have to worry about being identified. However, because of that, I can boldly assert things that I would not normally be able to say. Psychologically, this is thought to be caused by a phenomenon called “deindividualization,” in which an individual is buried in a group.

For example, perpetrators who have been arrested for defamation due to slander on SNS are usually very quiet and calm people, and they are sometimes surprised by the gap between extreme behavior and passive personality. This is thought to be the result of the person’s aggression, which he ordinarily suppresses, being revealed in the environment of SNS, which is a depersonalization, and he has gone out of control.

Read Also: My heart is tired and I become negative, Tips for reducing stress

On SNS, everyone can send their thoughts in a timely manner under the same conditions (character limit, etc.), they can know the diverse opinions and true feelings of ordinary people, and they can connect with people who have similar tastes and sensibilities. There are many advantages.

On the other hand, as mentioned above, there are also drawbacks on SNS, such as the fact that the group polarization causes the story to flow in an extreme direction, and the impulsive and aggressive remarks are likely to occur due to the depersonalization. Words written on a whim are spread as they are, and they run wild in a radical direction. As a result, there is a risk of driving people and becoming a perpetrator of defamation.

Therefore, when writing to SNS, it is necessary to wait and read it again before pressing the send button. And you need to think, “Are you writing impulsively?” “Is it really okay to publish this?

Readers also need to keep in mind that posts on SNS tend to go in extreme directions due to group polarization and depersonalization, and they need to keep their composure while reading without getting emotionally involved in the content of the remarks. .

People who use the Internet and SNS safely use “metacognition”

In other words, when using the Internet and SNS, it is necessary for both the writing side and the reading side to make “metacognition” work. Metacognition is the perception of one’s own cognition from a higher position. In other words, it’s about taking a bird’s-eye view of what you’re thinking and feeling.

Therefore, when trying to write something on SNS, it is important to recognize that “I am about to write about this on SNS” and monitor my own actions from a high position. And it is necessary to ask yourself whether it is really okay to do so, whether you can take responsibility for the content you write, and whether you are calmly speaking under the condition of anonymity.

Also, when you read information on the net and your emotions are shaken, it is to monitor yourself. Observe the feelings you remember at that time, such as “Why do you strongly agree with this statement?” And let’s look back using metacognition to see if you’re trying to write impulsively out of sympathy or anger. Then you can prevent emotional outbursts and act responsibly.

If you make good use of the Internet and SNS, the width of your life and human relationships will expand dramatically. However, in order to continue to use it as a convenient tool without being swayed by temporary emotions and impulses, it is very important to make “metacognition” work as described above. Regarding “metacognition”, ” If you increase the power of “metacognition”, you will become stronger against stress! ” also explains in detail, so please take a look.

PreviousMy heart is tired and I become negative, Tips for reducing stress
NextThe principle of reciprocity that is effective for reconciling adults