Do oxygen capsules improve memory? The authenticity of health benefits 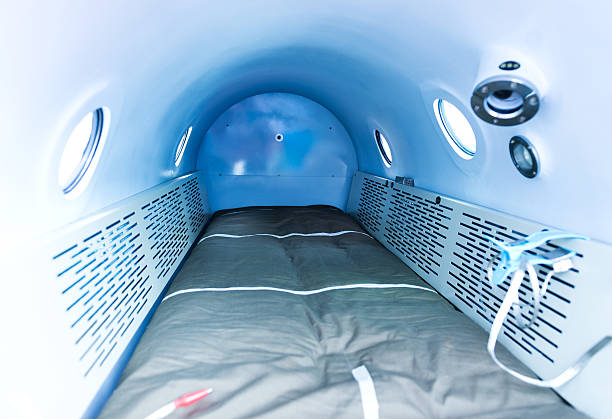 Is the health effect of oxygen capsules true? It seems that some people use it in the hope that it will have effects on the brain, such as improving memory and concentration, but even if a healthy person breathes a lot of oxygen, there is no benefit. I will explain the reason in an easy-to-understand manner from neuroscientific findings.

Oxygen is essential for the brain. But is the effect of oxygen capsules meaningless?

The brain is always active and needs a lot of oxygen and nutrients, so if a cerebrovascular accident such as cerebral infarction or intracerebral hemorrhage occurs, the nerves will be severely damaged, and in the worst case, they will die. Therefore, from the point of view of maintaining brain health, it is important that nerve cells are supplied with sufficient oxygen without disruption of blood flow in the brain.

When I gave a lecture on neuroscience at a certain place and explained this, the audience asked, “Are oxygen capsules effective?” An oxygen capsule is a health device that is explained to be useful in taking in a large amount of oxygen into the body by entering a capsule in a high-pressure environment. An increasing number of athletes and celebrities are using it to maintain their health and shape up. It seems that there is also an advertisement that the head is clear and the concentration and memory are improved. But I answered instantly. “It is pointless for a healthy person to inhale more oxygen than necessary.”

Still, there are still people who believe that oxygen capsules are good because the brain needs oxygen. It is important to understand how oxygen is delivered to the brain in the first place, in order not to waste money on health equipment whose effectiveness is medically unknown. I will explain in an easy-to-understand manner.

Read Also: Why is it possible to survive cardiopulmonary arrest? Brainstem function and resuscitation

Oxygen is soluble in water, but its solubility is limited. Even if you temporarily inhale a lot of oxygen and dissolve it in your blood, it will soon be depleted.

As a promotional slogan for the goodness of oxygen capsules, there seems to be an explanation that “the oxygen taken in by oxygen capsules is called dissolved oxygen and has the property of being dissolved directly in blood and body fluids.” Even if there is an effect, it is temporary, and considering the mechanism of the body, it is not possible to continuously increase blood oxygen levels. Also, if you expect that effect, you will have to stay in an oxygen capsule for the rest of your life.

So what is needed to keep more oxygen in the body and carry it throughout the body? Red blood cells play that role. Red blood cells, as you are all familiar with, are a type of small disc-shaped blood cells that float in the blood.

To get a little technical, red blood cells are definitely different from other cells in the body in that they do not have a nucleus or other organelles. In the bone marrow, when red blood cells are made from hematopoietic stem cells, there is a process called “deshelling,” which throws away the nuclei inside the cells. Other cells use nuclei and organelles to perform cell division and metabolic reactions, but red blood cells do not. The red blood cell’s job is to “carry oxygen”, and other activities lead to “wasteful consumption of oxygen”. It’s like trying to be as light as possible without carrying extra luggage when climbing a mountain.

Red blood cells have a protein called “hemoglobin” to fulfill their sole mission of “carrying oxygen”. Hemoglobin accounts for about 90% of the dry weight of red blood cells, so it may be more appropriate to regard red blood cells as a bag containing only hemoglobin rather than cells.

When we breathe normally, especially when we are not stuffy, the hemoglobin in red blood cells in arterial blood is almost 100% saturated with oxygen. Exercise can temporarily reduce the amount of oxygen attached to hemoglobin, but it can be quickly recovered by increasing breathing and heart rate to take in more oxygen.

In the past, it would have been difficult for you to know how much oxygen was bound to your red blood cells. However, now, “pulse oximeters” are spreading as a countermeasure against new corona infections. Many people already have it at home and use it for health checks.

I myself own a simple one. When you hear the phrase “measure the amount of oxygen in your blood,” some people may be afraid that you will have to injure your body to take a blood sample, but that is not necessary at all. It is very easy to measure the arterial blood oxygen saturation (SpO2) and pulse rate through the skin in a few seconds by opening the clip-like device and putting your finger in the part of the detector that emits red light. is. You can use any finger to measure, but since it’s a “pulse” oximeter, it needs to be measured in a location where the pulse, the pounding of arterial blood, can be detected.

Usually when I measure myself, SpO2 is displayed as 98-100%. This means that 98-100% of the hemoglobin in my arterial blood is bound to oxygen at all times.

I tried the oxygen capsule and checked it out… What is the actual change in the amount of oxygen in the blood?

I answered “meaningless” at the brain science lecture venue, but as a scientist, I shouldn’t talk based on my assumptions. I was curious about the actual situation, so I secretly went to a hyperbaric oxygen capsule shop at a later date and decided to verify it.

The store I went to had a very stylish appearance, with slightly dim lighting and a low room temperature, and the atmosphere was really relaxing. After receiving various explanations, I was placed in a large cylindrical incubator-like device, where I lay down for about 30 minutes. Healing music was also boosted, and it seems that I fell asleep when I noticed. It certainly felt good.

However, when I used my pulse oximeter after coming out of the capsule, my SpO2 was still the same at 99%.

This was an obvious result. Even if a normally healthy person is quietly placed in an oxygen capsule, no more oxygen will stick to the hemoglobin bound to it. It cannot exceed 100%.

Most of the oxygen that I was bathed in by paying for it didn’t enter my body, and probably was leaking out into the outside air. The feeling of healing after the experience is thought to be due to the lighting, comfortable temperature, and music, not the oxygen. Also, since the pressure inside the capsule is high, there is a feeling of pressure on the eardrum, but even if a healthy person enters, it does not seem that the large amount of oxygen will cause serious harm to the body. I probably won’t be able to go there myself anymore, but my honest impression was that people who want to do it because it feels good after ignoring the effect of oxygen is fine.

In medical practice, patients whose brains are hypoxic due to illness may be aggressively given oxygen inhalation for therapeutic purposes. However, in order for a normal person to maintain brain health, it is important to keep blood vessels in the brain normal, and it is meaningless to try to take in oxygen directly.

PreviousWhy is it possible to survive cardiopulmonary arrest? Brainstem function and resuscitation
NextWhat are SPECT and PET? Brain imaging methods that can also detect changes in blood flow, their advantages, and disadvantages