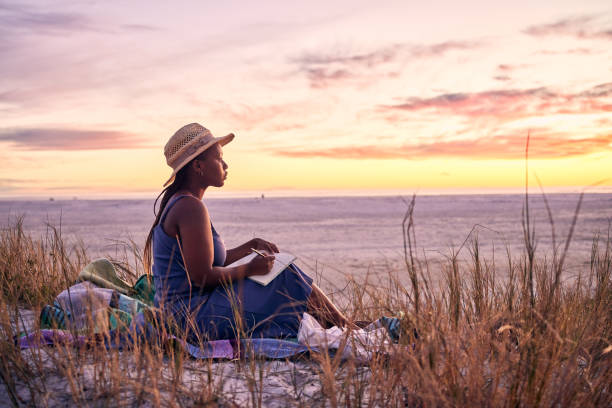 In the new life season with many new stimuli, stress tends to accumulate. You want to avoid a vicious cycle where stress builds up even more because you can’t sleep well due to stress. Here are some simple tips to help you manage stress and sleep better.

“Sleep” is important for stress countermeasures in a new life

Spring can be a joyous time, but it can also be a stressful season. A good night’s sleep also helps relieve stress.Spring is the season to say goodbye to familiar people and environments, and the season to meet new people and start a new life. Many of you have gotten new bosses and co-workers, been given new jobs, and started learning things you never knew before.

During times of drastic environmental change, many people fall into a vicious cycle in which minor events cause stress, which causes insomnia, and poor sleep adds to stress . This time, I will introduce you to a deep understanding of stress and how to deal with stress that you can practice very easily.

There are many ways to relieve stress and deal with it

The word “stress” was originally used in physics to describe “strain”. The term “stress” has also been used to describe a state of internal imbalance caused by a harmful stimulus since it was first used in 1974 by Hans Selye.

Current psychology views stress as a synthetic flow. In other words, stress is a series of processes, such as feeling a certain event as pressure, and various mental or physical reactions to it .

So stress in itself is neither good nor bad. For example, when you encounter an enemy or face danger, your body and mind react to the situation as stressful, and if you do not respond well, you may die.

However, it is a problem when the stress exceeds the limit. In animal experiments, all animals exposed to stress beyond their ability to cope die. Recently in Japan, an increase in suicides due to overwork has become a problem, and many of them are thought to be caused by insomnia due to stress .

Why, then, do stress elicit some positive and negative responses?

We encounter various events every day, but some people find one event painful or stressful, while others see it as an opportunity or a positive stimulus.

If you take the pressure positively, there is no problem, but if you feel it negatively, it becomes stressful. There are many.

You may be wondering why different people react differently to the same event. Because it’s not just about character. The response to stress is greatly influenced by the way people feel, perceive, and think about things. Furthermore, even the same person may react completely differently depending on the timing of the event and the surrounding environment.

It is in this difference that hints on how to deal with stress are hidden.

Read Also: What are sleep-related qualifications?

When an animal encounters a foreign enemy, it shows a reaction of fighting or fleeing. When humans are exposed to stress, they basically react in the same way.

However, if you always choose between “fight or run”, you will be worn out both physically and mentally.

So we try to adapt and survive the stress. There are two strategies at this point. One is “ problem-centered coping ” and the other is “ emotion-centered coping ”. By these coping methods, we will eliminate the cause of stress and prevent stress from feeling stress.

Follow each method for specific ways to de-stress and sleep better.

First of all, as for ” problem-centered handling “, we recommend that you do the following.

first two are all you have to think about, so you can probably do them before you go to sleep or after you get into bed. However, if you think too deeply, your eyes will be blinded on the contrary, so be careful. Also, I encourage you to come up with fun solutions and fanciful action plans as much as possible. I hope you are excited and have a good dream.

Next is “ emotion-centered coping ,” especially “ active cognitive coping .”Let’s do something called

– See the positive side of the event
– Take a step back and review the event calmly
– Think it will work out and try not to worry
– Make the hardship a good experience
– Stay calm so you don’t get in the way of things
– Best Not only that, but also accept the next best thing
・ Distract your mind with sports

If you acquire this way of thinking, you will be able to live a life of ” turning misfortune into good fortune “. In addition, the fatigue caused by sports during the day and light exercise in the evening has a positive effect on sleep.

Considerations for coping with stress

There is one thing I would like you to be careful about. That is, even in “emotionally centered coping,” we blame ourselves, have unrealistic expectations, and run away from problems. For example, actions and thoughts such as:

・Assuming you are the only one to blame for your problems ・Wish you
were stronger
・Wish someone could help ・
Remembering only the good times Trying These self-blame, wishful thinking, and avoidance will conversely increase anxiety and depression, and worsen sleep disorders, so it is better to avoid them if possible.

What is the effect of music that makes you sleep soundly just by listening to it?

There are various kinds of music that are recommended for good sleep, but basically it is better to sleep while listening to your favorite music that makes you feel calm. There are many so-called sleep CDs. Among the things I listened to, I was also impressed by the CD ” Dreams

” , which was previously No. 1 in the category sales on Amazon . It is made in collaboration with a sleep specialist and a violinist, so I think it is well made with the effect of good sleep in mind. What I found interesting is that 170 experiments were conducted to find out how long it took to fall asleep after listening to this CD, and it was reported that people fell asleep in an average of 6 and a half minutes after the start of the song, with the shortest being 1 minute. is to be We all have different tastes, such as relaxing songs, calming songs, quiet and gentle songs, so it might be a good idea to find music that will help you sleep comfortably according to your mood at that time. Hmm.

Walking is also effective in creating a good sleep rhythm

Among health-conscious people, “walking”, which is an aerobic whole-body exercise that can be done at your own pace, has a low burden on the body, and does not cost a lot of money, has long been popular.

Walking not only relieves stress, but also balances the autonomic nerves and brings about light fatigue, so it has a good effect on sleep.

A walk in the fresh air in the early morning feels great, but if you’re short on time in the morning , try a night walk . Late at night adversely affects sleep, so take a leisurely walk before dinner or 1-2 hours after dinner.

Walking also has the added benefit of burning extra calories and preventing fat from accumulating while you sleep.

PreviousWhat are sleep-related qualifications?
NextSleepiness countermeasures that can be done in the morning, noon, evening, and night