Home >> Health >> There is no such thing as a “brain hormone”! Difference Between Neurotransmitters and Hormones

There is no such thing as a “brain hormone”! Difference Between Neurotransmitters and Hormones 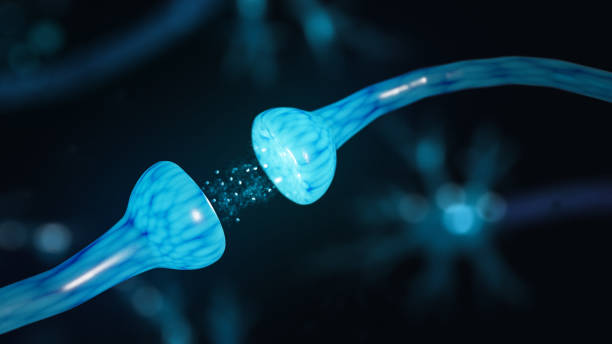 Don’t you think that dopamine, serotonin, noradrenaline, and oxytocin are “brain hormones”? It’s a common expression, but it’s a coined word, and scientifically it’s a big mistake. There is no such thing as a “brain hormone”. Explain the difference between neurotransmitters and hormones in an easy-to-understand manner.

The term “brain hormone” is often used. When I looked it up using a certain search tool, I found 380,000 hits for information on the term “hormone in the brain.” There are explanations such as “The four brain hormones, dopamine, serotonin, noradrenaline, and oxytocin, determine our emotions,” and “The neurotransmitters that control the brain system are also called brain hormones.” It seems that explanation is given. However, as a brain scientist, this is an outrageous mistake. I am very sorry that the erroneous term “hormone in the brain” has become widespread with a vague image.

First of all, hormones and neurotransmitters are completely different things. I will explain it in an easy-to-understand manner.

What are hormones? a secretion that travels throughout the body through the bloodstream

In fact, many people have already learned the definition of endocrinology and hormones in the first year of high school in “basic biology”.

In our bodies, cells that discharge secretions gather to form a tissue called a “secretory gland.” And there are exocrine glands and endocrine glands. Like sweat glands on the skin and digestive glands in the gastrointestinal tract, exocrine glands are equipped with special tubes to release secretions from the body. By the way, the gastrointestinal space looks like the inside of the body, but it is actually connected to the outside air, so I think it corresponds to the outside of the body. On the other hand, “endocrine” is the secretion that is discharged into the blood. The endocrine secretions are called hormones. In other words, hormones are molecules that are excreted directly from the endocrine glands into the blood, sent throughout the body via the bloodstream, and exert their actions wherever they are needed.

These are the knowledge that everyone should know if they are higher than high school students who have studied biology. If you remember this, you will quickly realize that there is no such thing as a “hormone in the brain.”

Read Also: The pituitary gland that hangs from the hypothalamus

To understand what hormones are, let’s take a look at the history of their discovery and how they came to be called hormones.

Around 1900, it was already known that pancreatic juice automatically flows into the duodenum when food moves from the stomach. But I don’t understand how or why this happens. To find out, British physiologists W.M. Bayliss and E.H. Then, the same phenomenon occurred even though there were no duodenal nerves, so I thought that nerves were not involved in this reaction. They then removed the duodenal mucosa, ground it up, and injected the filtered extract into the blood. As a result, a large amount of pancreatic juice was secreted from the pancreas. This substance was called secretin, after secretion, which means secretion. This was in 1902. Incidentally, secretin was originally a hypothetical substance, but later it was clarified that it actually exists in the cells of the duodenal mucosa and is secreted upon stimulation to promote the secretion of pancreatic juice.

Sterling et al. thought that there might be substances other than secretin that are secreted into the blood, transported to distant tissues and organs, and act in minute amounts, and collectively called them hormones. proposed. At first, it seems to have been called a “chemical messenger,” but a classical scholar friend who was doing research on Greece told me that the ancient Greek word “ὁρμᾶν (hormān)” means “to stimulate” or “to excite.” I first used the term “hormone” in a lecture in 1905 after being taught.

The harmful effects of convenient “katakana words” that obscure the meaning

I think that many of you, including myself, use new katakana words. Recently, for example, “compliance.” When a problem occurs at a company or other place, people say things like, “I place importance on compliance,” but when I ask what that means, I don’t think there are many people who can only give vague answers like, “I don’t really understand, but it’s very important.” Is not it.

Compliance in corporate activities refers to properly observing the law and performing business in a fair and impartial manner without violating social norms. By the way, in the world of pharmacy, my specialty, compliance means taking prescribed medicines according to instructions. What is common to both is “accepting and complying with orders and requests”, and this is the true meaning of compliance.

Why do we prefer to use the term “compliance” rather than “legal compliance” or “medication compliance”? It should be easier to understand the meaning if you express it in kanji and its reading. However, conversely, there may be a side where you feel that it is troublesome if the meaning is easy to understand. If the meaning is conveyed too directly to the other person, you will have to worry unnecessarily. Especially when we Japanese buy something nice and hand it over, we tend to use difficult-to-understand expressions such as “It’s a boring thing, but…”. It may be that they like to avoid direct expressions and take in the atmosphere of each other, or maybe it’s easier.

In the same way, I think there are many people who use the word “compliance” thinking that the atmosphere will be conveyed. In fact, many of the katakana words are often used as useful words to deceive and convey, even though neither the speaker nor the listener understands the true meaning. And with medical knowledge, I feel the same thing is happening. One of them is the “hormone” that is explained this time.

The difference between hormones and neurotransmitters …… fundamentally different “methods of communication”

Neurotransmitters are used by nerve cells to communicate with each other at synapses in the brain. The term “neurotransmitter” is not that difficult, but it is not often used in everyday life, so many people may find it difficult to understand. On the other hand, the word “hormone” has an image of “a substance secreted in the body”. As for the effect of katakana words, even if you don’t know much about yourself or the other person, it’s convenient to convey only the atmosphere. For this reason, instead of using the term “brain neurotransmitters,” the term “brain hormones” was coined and spread.

However, in the first place, “neurotransmitters” and “hormones” are completely different things, so even if they seem convenient, they cannot be easily replaced. Wrong is wrong. It is beyond the acceptable range that the atmosphere should be transmitted. Again, let’s check the difference between the two.

■Neurotransmitters……Transmit quickly one-to-one
Neurotransmitters are secreted at synapses, which are the gaps between two cells, and have several characteristics. First, the amount secreted is very small. Therefore, the neurotransmitters released from the cell can only reach the immediate vicinity. It diffuses and disappears quickly, so it does not travel far. Also, the mode of transmission of information is one-to-one and fast. Neurotransmitters released by one cell reach only the other cell. Even if there are 3rd and 4th cells relatively nearby, they won’t get it. The fact that it can only reach the immediate vicinity leads to fast transmission.

For example, what if you only want to talk to your friend next to you in a crowded classroom? In order not to be overheard by others, get as close to the person’s ear as possible and speak in a whisper. By speaking as close as possible and in a low voice, one-on-one communication can be communicated quickly. This is exactly how neurotransmitters work.

■Hormones…Even if it is a little late, it is transmitted to many targets
Hormones, on the other hand, enter the blood as soon as they come out of the endocrine glands, as mentioned above. Since blood vessels are all over the body, hormones are delivered throughout the body through blood flow. In addition, the amount of hormones released from the cells at this time is large. This is because it needs to be delivered all over the body. And it takes a certain amount of time to reach far through the bloodstream, so the speed is slow. This mode of hormonal communication is similar to the situation when I am standing at the podium and giving a lecture with a microphone. Speak loudly, put that voice on a microphone, and deliver it to all the students in the classroom.

A whisper between just the two of them and a loud speech with a microphone. They are completely different. Also, although hormones are transmitted throughout the body, the expression “brain hormones” that works only in the brain is obviously strange.

Another thing that many people seem to misunderstand is the difference between neurotransmitters and hormones. High school biology may teach you that dopamine is a neurotransmitter and insulin is a hormone, but this is not strictly true.

The classification of neurotransmitters and hormones is not determined by substances.

Dopamine is a substance contained in nerve cells, but it is said that “dopamine worked as a neurotransmitter” when an extremely small amount was secreted at synapses and used for one-to-one transmission. However, in rare cases, a large amount of dopamine contained in nerve cells is released, enters the blood immediately, circulates throughout the body, and affects many distant cells. In this case, we say that dopamine acted as a hormone. In other words, depending on how dopamine works, it changes whether it belongs to a neurotransmitter or a hormone.

So, if the exam had a question about determining whether the sentence “dopamine is a neurotransmitter” is true or false, it would be both true and false, making it an indistinguishable inappropriate question. In today’s Japanese high school education, it seems that this sentence is taught to be correct, but when I myself make exam questions at university, I don’t use such sentences in the first place.

It’s just words, even if you don’t raise your eyes so much… I can hear such voices, but as a scientist, I would like to always grasp the essence of things without ambiguity. As a first step to correctly understand brain science, I would like you to be particular about using words accurately.

PreviousThe pituitary gland that hangs from the hypothalamus
NextDepression from the perspective of brain science: what happens in the depressed brain