Home >> Health >> What can be learned from MRI of the head: Differences from CT, advantages, and disadvantages

What can be learned from MRI of the head: Differences from CT, advantages, and disadvantages 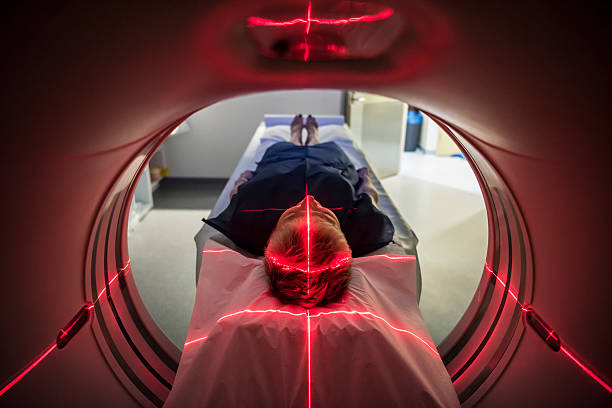 Head MRI can detect cerebral infarctions and lesions near the skull that are not clearly visible on CT. We will explain in an easy-to-understand manner the mechanism of MRI, the difference between X-ray and CT, and the advantages and disadvantages.

MRI is a safer measurement method than X-ray or C

X-rays and CT scans can distinguish bones and large blood clots. However, soft tissue identification is difficult and radiation exposure issues cannot be ignored. MRI is another representative brain imaging technology that was developed through research to obtain more precise and safe tissue images of the human body.

MRI is an abbreviation for Magnetic Resonance Imaging, and like CT, it automatically collects imaging data from the inside of the body just by lying down in a large cylindrical device. I will give it to you. Therefore, I think that many people cannot distinguish it from CT, but its measurement principle is completely different.

The foundation of MRI was the discovery of a phenomenon called “Nuclear Magnetic Resonance (NMR)” of atoms. To put it very simply, it is “a phenomenon in which, when the nuclei that make up an atom in a state where a magnetic field is applied are irradiated with electromagnetic waves from the outside, the nuclei interact (resonate) with an electromagnetic wave of a unique frequency.” is. Even if I explained that, it would be impossible for most people to understand everything. You should be able to know the difference between

NMR has become an indispensable technology for chemical analysis, and MRI is the application of this technology to diagnosis of the human body. The hydrogen atoms that make up the water in the tissue usually move randomly, but by applying a magnetic force and a weak electric current, they can be forced to align and return to their original uncoordinated state. Since the time to return (relaxation time) varies depending on the state of the atoms in the tissue (for example, whether they are in body fluid or in an organ), imaging the distribution of the relaxation time makes it possible to visualize the shape of the internal organs. is.

MRI became widely used as an epoch-making method to see the inside of the body without damaging it at all. Received a medical award.

There are various image processing methods for the data obtained by MRI, and they can be used according to the purpose. For example, in an image (T2-weighted image) in which the horizontal return time is emphasized (longitudinal relaxation = T1) and horizontal return time (transverse relaxation = T2), watery tissue Cells (tumor or infarction) are drawn in white, so it is suitable for finding areas where cells are swollen due to cancer or infarction.

Read Also: What are SPECT and PET? Brain imaging methods that can also detect changes in blood flow, their advantages, and disadvantages

Advantages of MRI and differences from CT: Cerebral infarction and lesions near the skull can also be detected.

The advantage of MRI is that you don’t have to be exposed to radiation. Since it only uses a magnetic force and a weak electric current, it is thought that there is no concern about health hazards.

Also, as with CT, since the collected data is reconstructed by computer, cross-sections cut in the desired direction can be displayed as CG. In addition, since bones are not imaged like CT, lesions near the skull can also be imaged and examined.

MRI can easily detect cerebral infarctions that are not clearly visible on CT because they can visualize tissue in greater detail than CT. In addition, since blood vessels can be imaged without using a contrast medium, it can also be used to monitor the progress of cerebral aneurysms.

Disadvantages of MRI examination: It takes a little longer and there are restrictions depending on the user.

The disadvantage is that the inspection will take a long time. It usually takes 10-20 minutes. In addition, since it applies a magnetic force and a weak current, it cannot be tested if there is a metal such as a pacemaker in the body. Recently, however, newer pacemakers have been developed that are compatible with MRI scans. A pacemaker is an implanted medical device that uses electricity to control the heartbeat, so there is a risk of it malfunctioning due to magnetism. If you have a pacemaker, you can also have an MRI scan.

PreviousWhat are SPECT and PET? Brain imaging methods that can also detect changes in blood flow, their advantages, and disadvantages
NextEffective for early detection of stroke! Brain imaging techniques such as CT and MRI