Home >> Health >> You can’t change the past or anyone else! more important than worrying

You can’t change the past or anyone else! more important than worrying 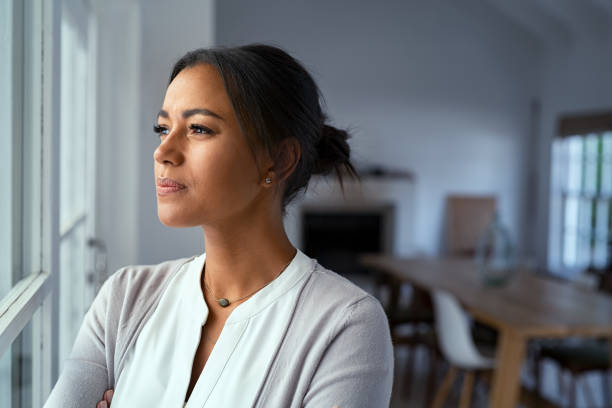 You can’t change other people or the past. It’s normal for people to think only about other people and the past and be troubled, but will it lead to a good change for me? Based on the phrase “You can change yourself and your future”, which is often used in counseling, we will give you tips on how to change yourself for the better.

“Others and the past” cannot be changed, what can be changed is “self and the future”

“I wonder if I can do something about that person’s bad character.” “Why did I say that at that time?” In this way, people tend to think only about other people and the past, and become troubled.

For those who have these problems, I have a proverb. That is the saying, “You can’t change other people and the past. You can only change yourself and the future . “

The same is true of the past. The environment we grew up in, the path we took, all the failures, the complicated relationships, etc., people will always be troubled, “Why did it turn out like this?” But no matter how much you think about it, the facts of the past will not change.

Read Also: The principle of reciprocity that is effective for reconciling adults

To change yourself, change the way you think

Maybe the reason why it doesn’t work is that there is a problem with my “thoughts”?
Rather than clinging to “others” and “past” that cannot be changed, think about what to do with “self” and “future” that can be changed . It is many times more reasonable and profitable. So how do we change that?

First of all, in order to change “you”, you need to notice your “thoughts”. If it becomes stressful, it is recommended to correct it with ” cognitive therapy “.

What patterns of thinking do you usually choose unconsciously? For example, we polarize things into “○ or ×”. He is caught up in temporary emotions and decides that he is always destined to fail. Do you often experience this kind of thing?

When you notice these cognitive distortions, stop thinking along those thought patterns. Then, think about it again, like, “I’m having a hard time thinking about this, but is this way of thinking really rational?” Cognitive therapy is the repetition of this process.

For example, when you get caught up in extreme thoughts like, “If I don’t pass this test, I’m going to lose my life…”, I examine which pattern of cognitive distortion my thinking is closest to. And I will modify it to a realistic and rational way of thinking in my head.

“Why do you decide that ‘life is a loss’ just because you failed the test?’ , let’s ask ourselves. Talk to yourself like you would talk to a friend who is struggling.

To change the future, accumulate “small changes”. Keep doing what’s working, if it’s not working do something else
Then, how should we change the “future”? One form of psychotherapy that has been developed mainly in the United States since the 1960s is a method called ” brief therapy .” There are hints to change the future in the three rules that are the core philosophy of this therapy.

[Rule 1] If what you are doing is going well, you don’t have to change it
[Rule 2] If you have done it once and it worked, do it again
[Rule 3] If it is not going well, try something else

It’s a very simple rule. If you change the small actions in front of you, the future will change. If you did it once, try it the same way next time. When you do something that works well over and over again, you become good at it. When you are good at something, your confidence grows. Through this repetition, you will change for the better.

And if the method you’re working on doesn’t work, try something else. Maybe the reason it doesn’t work is because it doesn’t work for me right now. If you work on something that suits you, you will find it fun and rewarding, and you will lose track of time and be immersed in it. You will naturally want to continue doing such things, so you will improve over time and become good at it.

Again, you can’t change “others” and “past”. You can change yourself and your future. If you change yourself for the better, the people around you will be influenced by you, and before you know it, they may change as you wish.

And if your future becomes better, your feelings about the past (frustration, regret, etc.) will also change. This is because you will be able to take a positive view of your past, saying, “I had a lot of bad feelings, but they are all fertilizing.”

By all means, let’s think about how to change “self” and “future” rather than worrying about “others” and “past” that cannot be changed. I’m sure there will be many times better changes than ever before.