Attention 40’s and 50’s! How to Overcome and Cope with a “Midlife Crisis” 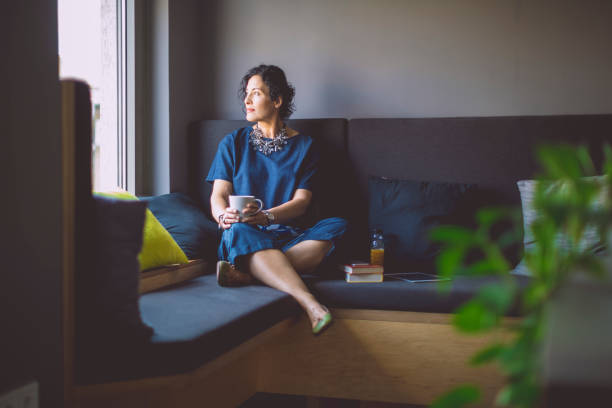 “Midlife crisis” that people in their 40s and 50s should know. Also known as mid-life crisis, it is a psychological crisis that can lead to depression in severe cases. I will explain the reality of the “midlife crisis” that Tetsuya Takeda and Takeshi Beat are said to have experienced, how to overcome it, and how to deal with it.

What is a “midlife crisis”?

Are you familiar with the term ” midlife crisis ” ? Middle age can lead to emotional instability, known as the ‘midlife crisis’. For example, a person who has been working recklessly from a young age may feel a sense of incongruity and hesitation in the significance and goals of his or her work until he or she reaches middle age. Even if you try to distract yourself, you will not feel good, and at the same time you will be attacked by anxiety and fear that you will lose your position.

In addition, when a full-time housewife enters middle age, there is no need to take care of children, and suddenly there is more time. At this time, I suddenly feel uneasy about things that I have put on the shelf, such as my own way of life and my relationship with my family, and I wonder, “What should I do now?” These are truly “midlife crises”.

Read Also: Mental care tips for women who want to stay in a good mood

Many celebrities are also experiencing a “midlife crisis”. For example, actor and singer Tetsuya Takeda . Mr. Takeda made his debut as a singer in his 20s with “Kaientai”, and in his 30s he took the world by storm with the drama “3rd Year B Class Kinpachi Sensei”. At the age of 42, he starred in the drama “The 101st Proposal,” which became a big hit.

Until his early 40s, Mr. Takeda was at the forefront of the industry, like running up mountains. However, right after finishing “The 101st Proposal,” he suddenly lost his motivation, and on the other hand, he was worried about losing his job, and he suffered from depression for 20 years.

In addition, the master of the comedy world, Beat Takeshi , was a comedy star in the 1980s, taking the world by storm as a comedian in his 20s and 30s. However, when he was 47 years old, he crashed into a guardrail iron pole while riding a scooter in Tokyo. He suffered severe injuries to his skull and face and was on the verge of death.

In his 40s, he made his debut as a film director with “That Man, About Violent” (1989), and after that, “Sonatine” (1993) was not well received, and he was in a self-deprecating accident. . Later, Takeshi confessed that he was depressed during this period.

Causes and Triggers of Midlife Crisis

Both Takeda and Takeshi had a “midlife crisis” in their 40s. Both of them worked hard and ran powerfully until their 30s. However, in his 40s, Mr. Takeda lost his way as an entertainer, and Mr. Takeshi faced a crisis when the quality of his work changed.

The midlife crisis is also a generation to watch out for in the 50s. Recently, it seems that more and more people are becoming aware of a “midlife crisis” after reaching their 50s, due to factors such as the tendency to marry later, the extension of retirement age, and the extension of life expectancy.

Even if you know in your head that everyone has a midlife crisis, you can’t skillfully avoid it. This is because human beings have no choice but to concentrate on the things in front of them all the time, and they cannot imagine what kind of state of mind or what kind of happenings await them ahead.

No matter how many precautions you take, a “midlife crisis” can come from the unexpected . It is often triggered by unavoidable events such as changes in work, illness, accidents, family crises, the death or care of a parent, or the financial difficulties of a company.

How to Overcome and Cope with Midlife Crisis

Face your hesitation and search for the answer that fits—repetition is importantAt that time, how will you face the crisis and what kind of answers will you derive? There is no one-size-fits-all approach to finding the answer. Some people get hints by talking to people. Some try to find answers through spiritual methods. Some people need the support of those close to them, while others find it harder to talk about their problems.

The important thing is to “look forward and move” even when you have conflicts . However, instead of moving recklessly like I did in my 20s and 30s, I need to grope around and try my senses to find something that seems to fit me now.

In the words spoken by people, try to deeply pursue what catches your heart. Think about why you are attracted to a line in a book that you casually flip through. Such things may become a ray of light to illuminate you who are lost in the darkness and give you a hint to escape from the “midlife crisis”.

Graduating from a midlife crisis often takes years. However, in the process of passing through there, the personality grows remarkably . Both Tetsuya Takeda and Takeshi Beat went through a midlife crisis and grew into personalities with depth and thickness many times greater than when they were young.

By going through this tunnel of “midlife crisis” even though it’s painful, you can get closer to “the answers to your life that you never knew when you were young.”

PreviousMental care tips for women who want to stay in a good mood
NextStress is not bad! How to turn everyday stress into an ally