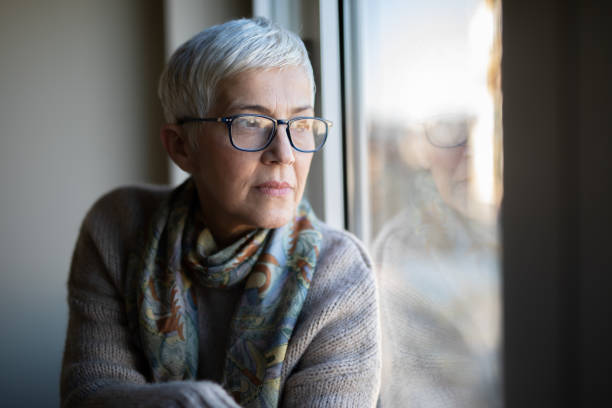 Women tend to become unstable in their physical and mental conditions due to changes in their physical condition and hormone balance, such as before and after menstruation and menopause. Negative emotions can also increase due to daily relationship stress. Here are some points about mental care that women should keep in mind.

Do emotions fuel emotions? What is the psychology that anger heats up

If you whisper to someone close to you, saying things like, “Listen to me. However, it’s also important to look back and see if the words you’ve said have fueled your feelings of anger excessively.

For example, someone criticizes a difficult boss, saying, “He’s not good at it.” After that, the words gradually became rough, such as “I don’t like it either!” there will be

While communicating “unpleasant feelings”, it is not uncommon for emotions to get high and anger to be fueled.

Read Also: Anxiety and changes faced by women in their 50s

Female psychology affected by hormone balance such as PMS and menopause

In the case of women, hormonal influences can also cause mood swings. The menstrual cycle is particularly susceptible.

The female hormone progesterone, which rises after ovulation and before menstruation, causes irritability, impatience, and depression. Therefore, when menstruation approaches, it is easy to get irritated by trivial things and feel depressed by recalling words that you would normally ignore.

In addition, menopausal menstrual irregularities and menstrual abnormalities appear, physical symptoms such as hot flashes, hot flashes, coldness and sweating, and mental symptoms such as irritation, anxiety, impatience, and depression tend to become stronger. In this way, women’s mental states are easily affected by changes in their bodies that are unique to women, and it tends to be difficult to maintain a consistent physical condition and mood.

So how should women manage these mental risks?

(1) Hold your emotions until “Talk Day.” Spit out your feelings on the

day If you complain like every day, the words you spit out will fuel more negative emotions and amplify her anger. Therefore, instead of spitting out complaints every day, it is better to store them in your mind to some extent and spit them out as much as you want on “chatting day”. The frequency of “Chat Day” depends on the person, but I think it’s appropriate to have it once every 1-2 weeks. Let’s talk about unpleasant things and anxious things as much as we want with people who get along well.

It is one of the very important psychotherapy to put up with “feelings that I want to spit out today” until the next “talking day”. Once you hold onto your emotions, you will be able to develop the ability to think rationally and solve problems without being overwhelmed by emotions. Conversely, the grievances that carry over to “Talk Day” are the emotions that need to be released. Let’s talk firmly to purify dissatisfaction, listen to the opinions of colleagues and find a solution.

(2) Talk to people who accept and sympathize with your feelings

Members who talk on (1) “Chat Day” are very important. The key to choosing members is someone who can “accept” and “empathize”. It’s important to talk to someone who listens to the end, accepts it as “it’s hard”, and says, “I understand how you feel.”

Talk to people who steal other people’s stories and guide them to their own stories, give unsolicited advice without listening to the end, and criticize and criticize “Why didn’t you do this?” If you do, you will get tired.

It’s hard to have a conversation with someone who stops talking, saying, “Isn’t that just your preconception?” Beware of people who stir up your emotions, saying things like, “It’s terrible! You can’t forgive me!” You lose track of your own feelings, and you lose sight of your landing point while your emotions are still on fire. It is best to choose someone who is receptive and sympathetic, but who listens calmly.

(3) A woman who anticipates bad days and does not push

herself too hard is likely to change her physical condition due to hormonal balance. If you push yourself when she’s not feeling well, she’s likely to feel more volatile, negative thoughts, and lingering anger.

Therefore, it is necessary to observe mood swings during the menstrual cycle and mark times when emotional instability is likely to occur, such as before and after menstruation and around the day of ovulation. Before and after that, it is basic to never overdo it, and to sleep soundly and rest your body. Even if you feel frustrated, depressed, or impatient, don’t be overwhelmed by temporary emotions.

In the case of menopause, a sudden drop in the female hormone (estrogen) can often lead to unpleasant psychosomatic symptoms. Therefore, especially after the age of 40, let’s keep in mind “a lifestyle that does not overdo it”. If mental and physical disorders continue, it is also effective to consult a gynecologist and have the necessary medicine prescribed.

Understanding your own emotional and physical characteristics can help you deal with stress more easily. By all means, be aware of the fluctuations in emotions and physical conditions that are unique to women, and take care of them early.

PreviousAnxiety and changes faced by women in their 50s
NextAttention 40’s and 50’s! How to Overcome and Cope with a “Midlife Crisis”