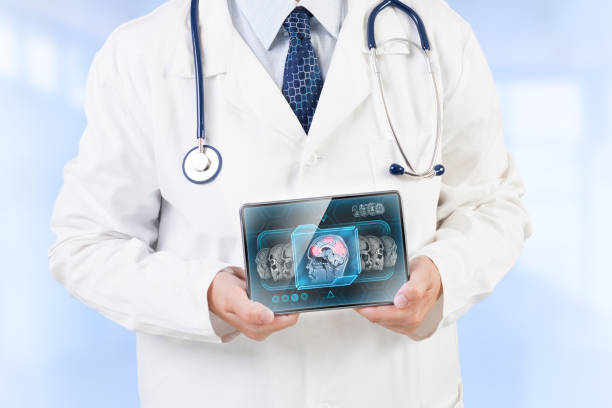 fMRI is a very good brain imaging method, but it has limitations and drawbacks. There are quite a few advertisements that explain, “From a neuroscientific point of view, XX is good” in combination with experimental brain images, but in fact, reading fMRI is not that simple. We will explain the limitations of fMRI and our thoughts on brain imaging.

Functional magnetic resonance imaging (fMRI) is a method of imaging the brain on top of the brain structure obtained by MRI. It is a technology that can superimpose and display which areas of the body have been activated. It doesn’t hurt the body like surgery, and it doesn’t use radioactive substances like positron emission tomography (PET). Since it is possible to know whether a person is active or not, it is now possible to scan the brain while a person is doing some work with the cooperation of healthy volunteers.

For example, when you meet a wonderful person and fall in love, or when you want to eat a delicious steak, you can now find out what parts of the brain are working. fMRI has revolutionized brain science research.

There are several types of fMRI, but the most commonly used measurement method is based on the phenomenon called the BOLD (Blood Oxygenation Level Dependent) effect. It was discovered by Dr. Seiji Ogawa (currently Distinguished Emeritus Professor of Tohoku Fukushi University), who was conducting MRI research at a research institute. While taking brain images of mice using MRI, the mice suddenly fell into oxygen deprivation, and at that time, the thin black lines indicating blood vessels disappeared from the MRI images. This led to the discovery that changes in cerebral blood flow and oxygen concentration in the blood appear in MRI signals, that is, the BOLD effect ( Proc. Natl. Acad. Sci. USA, 87: 9868-9872, 1990). It was confirmed that the same phenomenon occurs in the human brain, and fMRI was put into practical use as a method for imaging the human brain ( Proc. Natl. Acad. Sci. USA, 89: 5951-5955, 1992).

Since the late 1990s, fMRI has spread rapidly around the world, and is now being used not only in the fields of medicine, neuroscience, and psychology, but also in research in a wide range of fields, including sociology, business administration, art, and education. I came. It is no exaggeration to say that the emergence of fMRI technology is one of the reasons why brain science has attracted so much attention from society as a whole.

fMRI has an impact because it can visually represent brain activity. If you were shown that image and explained that “XX has been scientifically proven,” many people would believe it. Especially in recent years, we have seen cases where fMRI data is irresponsibly misappropriated as a means of luring consumers in businesses in all fields. As a neuroscientist, I am very disappointed.

fMRI is not a panacea. It has some flaws and can be very misleading if not read carefully. Therefore, this time, I would like to touch on the limitations and drawbacks of fMRI so that you will not be swayed by dubious information.

Read Also: There is a neuroscientific objection! Why I feel uncomfortable with the “brain activation” boom

Limitations of fMRI: It does not observe the activity of nerve cells

First and foremost, fMRI does not directly observe the electrical activity of nerve cells (neurons) in the brain, but indirectly captures changes in neural metabolism and cerebral blood flow associated with activity. It means that there is nothing more than More precisely, the increased fMRI signal only indicates that the amount of hemoglobin bound to oxygen is increasing.

Hemoglobin is in the blood, and in order for fresh blood to be supplied steadily, blood flow must be fast. I don’t think it’s too much of a problem to infer that there is. However, since blood vessels and nerve cells are different things, it is not possible to simply say that nerve cells are more active in areas where blood flow is increased.

fMRI is sometimes described as “a technology that can image which areas of the brain are active in real time,” but that is not actually the case.

It depends on what you mean by “brain activity”, but what ultimately determines the function of the brain is the electrical activity of nerve cells, a phenomenon that occurs on the order of milliseconds. On the other hand, changes in blood flow detected by fMRI take at least 1-10 seconds. There is a time gap of more than 1000 times.

Sometimes thunder strikes in the distance and you see a flash of lightning, followed by a rumbling sound much later. Similarly, even if nerve cells are actually active in the brain, changes in MRI signals do not occur immediately, but appear after a considerable delay.

In particular, when nerve cells in various parts of the brain repeatedly generate electrical signals in a complex manner, it is a fact that it is impossible to determine where in the brain the change in the MRI signal corresponds to the event that occurred at what timing. above impossible.

For this reason, the current fMRI analysis can only extract “places with relatively large signal changes” when averaging the changes that occur over a certain long period of time.

For example, let’s say you had an fMRI scan while eating a delicious steak and found that a particular brain region responded well. What function is this brain area associated with? The series of behaviors includes various elements such as “recognition by seeing steak”, “exercise of eating”, and “learning pleasure”, so the results obtained can be interpreted in any number of ways.

It might be interesting just to say, “I saw brain activity when I ate a delicious steak!” In some cases, a behavior that had nothing to do with eating steak just happened to affect the fMRI.

Since fMRI experiments are not that simple, it is necessary to consider in advance a research design that will allow us to obtain clear conclusions. For example, in the above example, a narrower conclusion can be obtained by conducting an experiment such as “preparing steaks that look exactly the same but have different tastes and compare the reaction when they eat them”.

Unfortunately, some fMRI studies are misleading due to poor study design. Experimenters’ explanations for their results are sometimes just biased assumptions. When brain images are shown and explained, everything seems persuasive, but it is also important not to take it lightly and to evaluate it carefully.

PreviousThere is a neuroscientific objection! Why I feel uncomfortable with the “brain activation” boom
NextCompliments rather than rewards! How to raise a child based on the reaction of the brain