Home >> Health >> Lack of confidence in your face and appearance

Lack of confidence in your face and appearance 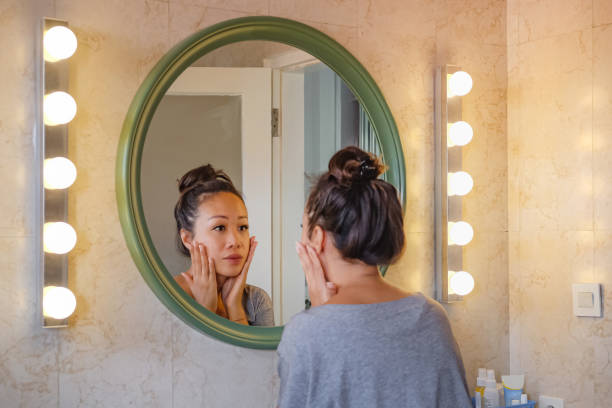 I’m not confident about my face and appearance, I’m curious… Maybe it’s an “appearance complex”

Short nose, small eyes, big face, thick legs… I don’t like myself! The “appearance complex” is that you are always worried about your face, parts of your body, and the whole body. Every time I look in the mirror, I sigh and wonder, ‘I wish I was prettier’ or ‘Why do I look like this?

If you have a strong appearance complex, you won’t be able to listen no matter how much others say, “It’s nothing to worry about” or “It’s not strange at all.” On the other hand, if you are criticized even a little (“Thick eyebrows are brave”, “Thick lips are sexy”, etc.), even if it is a compliment, you will only care about that part.

Three backgrounds that cause appearance complex

If you don’t have an appearance complex, you should be able to enjoy life more. But why are we so obsessed with it? The reasons vary from person to person, but the three most common ones are:

has felt strongly that she was discriminated against because of her appearance .
On the other hand, I can’t get anyone to turn around and talk to me. If you strongly feel such a difference, you may feel that “Is it because of my appearance that I am losing?”

Keep a smile on your face, look people in the eye when you talk to them, express your emotions in a rich way, give them a friendly look, and respond firmly with a nod or a nod. By enriching the soft side like this, I think you can give a good impression.

When you become confident in things other than your appearance, you will be able to turn your attention inward and free yourself from your appearance complex. Especially if you make an effort that will help you “build yourself”, it will lead to confidence.

Until he becomes a full-fledged person, he works hard with the thought of “three years on the stone”. Take on the challenge of acquiring highly specialized qualifications to advance your career. Learn meditation and etiquette to increase your spirituality. Train your body and build a strong body. Find a purpose in life that becomes “your own axis”.

Continuing with this kind of effort will allow you to grow your mind and feel more confident. Then, there will be fewer opportunities to feel the appearance complex.

In order to truly love yourself, actively face your appearance complex

Nonetheless, I think that some people who have a strong appearance complex have already worked on self-improvement and self-development, but still have an appearance complex. In that case, improving your appearance may be an unavoidable “core task” for the person.

If so, it might be a good idea to take a serious look at yourself. Researching beauty methods such as making beautiful skin, makeup, and diet, and consulting with beauty experts, we will create a look that you can be attached to. If you take care of your appearance and polish it in this way, you may be able to love yourself from the bottom of your heart.

However, when working on improving your appearance, you also need to face your feelings at the same time. Reflect on whether you are overly dependent on beauty and enjoy self-improvement in moderation. Focus on things other than beauty and improve yourself comprehensively. With these things in mind, I think it’s a good idea to patiently enjoy yourself and work on your beauty.