Home >> Health >> Is the right-brain an artistic brain? Why You Shouldn’t Believe Left-Brain/Right-Brain Personality Tests

Is the right-brain an artistic brain? Why You Shouldn’t Believe Left-Brain/Right-Brain Personality Tests 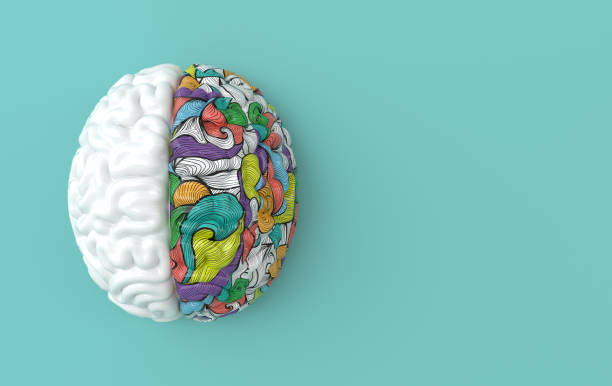 “The left-brain group is good at logical thinking such as language and calculation, while the right-brain group is good at art and spatial cognition.” Have you ever seen a personality test like that? It is true that the left and right brains work differently, but scientifically speaking, the difference in thinking and characteristics such as “left brain” and “right brain” is really nonsense. I will explain why.

What are the characteristics of right- and left-brained people? Misconceptions created by distortions in split-brain research

Two minds in one body? Different feelings, likes and dislikes between the right and left brains “, an American neuropsychologist The 1981 Nobel Prize in Physiology or Medicine was awarded to Roger Walcott Sperry for his research on the functional differentiation of the cerebral hemispheres. Sperry and his student, Gazzaniga, have undergone surgery to sever the corpus callosum, which connects the left and right cerebral hemispheres. He conducted scientific experiments and demonstrated that the left and right cerebrum can work independently. In addition to supporting the theory of functional localization, which states that roles are divided according to the location of the brain, I think it is very significant to open up a new research field in the area of ​​left-right differences in brain function.

However, the findings of Sperry et al. have been distorted or expanded, and the “right-brain/left-brain theory” has appeared. Roughly speaking, the left and right cerebral hemispheres have different roles. The left hemisphere is good at logical thinking such as language and calculation, while the right hemisphere is good at symbolic reasoning, art and The idea is that they are good at spatial cognition.

While it is true that there is some laterality in how our brains work, we rarely use only one side of the brain when we do things. Recent studies using imaging techniques such as fMRI, which can simultaneously see the morphology and function of the brain, have shown that both brains are used in whatever we do. Therefore, depending on whether you are good at logical thinking or imaginative thinking, you can classify people as “left-brained” or “right-brained”, and depending on the analysis results, you can ask, “What should I do to correct the bias of the brain?” It is extremely nonsense to guide the .

In order not to be led in the wrong direction in your life or your child’s life by swallowing the dubious “right-brain/left-brain theory” that is circulating in the world, carefully review the results of Sperry’s research on split brains. I hope you understand the meaning correctly.

To reiterate, Sperry’s study of split brains was focused on patients with epilepsy who underwent corpus callosotomy for treatment.

It is possible that these people’s brains have changed in a way that is different from that of healthy people due to repeated epileptic seizures. Moreover, it is the result of observation with a very small number of people. Is it okay to just observe a few special cases and apply them to the brains of the majority of healthy people? As long as surgery to cut the brain of a healthy person cannot be performed, it is not possible to simply compare, so this argument is not settled.

Read Aslo: An easy-to-understand explanation of the mechanism of the optic nerve half-chiasm and visual conduction pathway

There is independence between the left and right brain, but don’t overemphasize it!

The split brain, the left brain judges from the reaction of the right brain even if it is not communicated to itself. and try to make sense of it. Conversely, the right side of the brain, which is not primarily linguistic, may try to understand language.

In addition, as introduced in “Left-Right Differences in the Hippocampus”, in rats in which neural communication between the left and right sides is cut off, there are differences in the types and amounts of synapses and receptors distributed in the hippocampus. In one healthy mouse, the difference is not seen. In other words, it is true that the left and right brains each have their own strengths, but when our healthy brains are actually working, they complement each other as much as possible to maintain balance and behave in the same way. Isn’t there?

And if what Sperry et al. observed in split brains is always happening in our brains, it’s exactly “Jekyll and Hyde.” If conflicting consciousness arises for one object and they do not yield to each other, it must be judged as a kind of mental illness.

But don’t worry. Perhaps most of you are able to make a single decision and act when you are about to do something, even if you have some hesitation or a change of heart. In other words, the left and right sides of the brain do not work independently in the majority of people who are in good health.

From a scientific point of view, it is interesting to know that when there is no communication between the left and right sides, the characteristics of the left and right sides stand out, and the differences in the areas where each side is good can be seen. , so you don’t have to have the senseless fear that your brain might be left or right.

PreviousAn easy-to-understand explanation of the mechanism of the optic nerve half-chiasm and visual conduction pathway
NextTwo minds in one body? Left-brain and right-brain perceptions, likes and dislikes