Home >> Health >> Is the “heart” in the brain? Emergence and history of brain science

Is the “heart” in the brain? Emergence and history of brain science 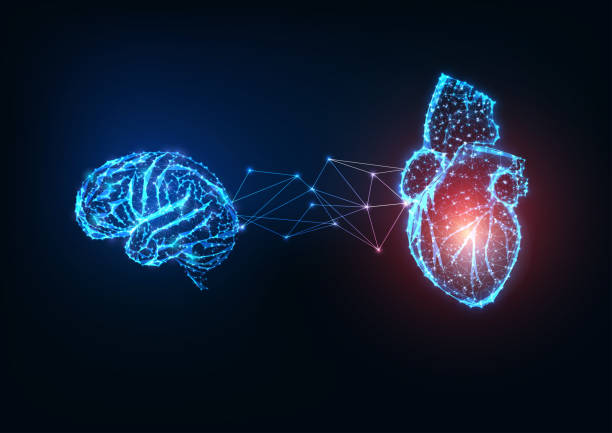 “I get angry,” “I feel heartbroken,” and “my heart dances.” It was once thought that the “mind” was not in the brain, but in internal organs such as the heart and stomach. Let’s take a look at the history of how brain science, which has become the foundation of today’s brain research, was born.

The organ called the “brain” in the skull that no one noticed!?

You may think that “there is a brain in the skull” is a matter of course. But think about it. Have you ever opened your skull to see what’s inside? If you actually do that, you’ll die, and it’s structurally impossible to look into your own head. Many people have seen pictures of the brain in books and on the Internet, and I think they just feel like they know something about it. If someone hadn’t told me, I might never have known the existence of the brain for the rest of my life.

How did ancient people know that the head contained important organs? How have we been able to elucidate the structure and function of the brain and nerves? Let’s unravel a little of the history of our predecessors who laid the foundation for the brain science that is now being actively practiced.

Why does a head injury affect the whole body? A glimpse of the beginning of neuroscience from ancient documents

There is an ancient document called the Edwin Smith Papyrus. It is so called because an American trader named Edwin Smith, who was a collector of antiquities, bought it in Luxor, Egypt, in 1862 and brought it back. It’s written in the ancient Egyptian hieratic script, so I don’t know much about it, but according to experts, it’s a book about trauma surgery, and it states, for example, that if you injure your head, you’ll have problems with your body. It seems that

Ancient people must have already noticed that there seems to be an important organ in the head. However, it took a considerable amount of time for progress to lead to modern brain science from there.

Today, Japan leads brain science, but its start lagged behind that of Europe and the United States. One of the reasons for this is that in ancient times it was influenced by the Gozou-Roppu theory.

The five viscera-six-guts theory is an idea advocated in China that the internal organs from the chest to the abdomen are the center of various sensations and emotions, and integrate the body and mind. It is true that when we are nervous, our hearts are pounding and our stomachs hurt. For this reason, it was the basis of the Gozou-Roppu theory that the heart and stomach produced tension.

The fact that the Japanese were greatly influenced by the Gozou-Roppu theory can be seen in the expressions used as idioms in the Japanese language. For example, I get angry, I feel heartbroken, my heart dances, my heart thirsts, my heart feels cold, I feel something on my heart, I don’t understand it. We say that getting angry is maddening, but the stomach does not cause the feeling of anger. Memorize it in your heart means to remember it well, but the liver does not have a mechanism to memorize it. If so, people who have had their livers removed by surgery should have amnesia, but that doesn’t actually happen.

In addition, we call the organ in the chest that plays the role of a pump that circulates blood as the heart, and when we are moved by something, we involuntarily hold our chest. Because we believe that the heart is in the chest. But modern brain science reveals that the mind is in the brain.

It was the famous “Kaitai Shinsho” that liberated the Japanese from the five internal organs theory.

Kaitai Shinsho was published in 1774 as a Japanese translation of the Dutch medical book Tahel Anatomia, which was obtained by Genpaku Sugita and others. Its origin is a medical book written by Johann Adam Krums in Germany, but at that time it was the Edo period and Japan was under a policy of national isolation, so it was not possible to come into direct contact with German books. It was transmitted to Japan.

Among them, there is an anatomical diagram showing the brain in the skull, but there is no detailed explanation of the role the brain plays. Although it did not include content that could be called brain science, it gave the Japanese people an opportunity to realize that the brain should be studied using Western medical methods based on anatomy and physiology.

In addition, “Kaitai Shinsho” is open to the public in the National Library’s digital collection , so you should definitely check it out with your own eyes.

A major discovery in the early days of brain research: “The brain is a collection of nerve cells (neurons)!”

Just looking at the brain inside the skull doesn’t tell you how the brain works. What is going on inside the brain? Researchers around the world have taken on the challenge of solving such a simple question.

One researcher cut a thin slice and examined it under a microscope, just as he would look at any other tissue. However, even when I saw the translucent jelly-like tissue, I couldn’t really tell what it was made of. Another researcher used a reagent to stain the brain and observed it. However, when I looked at the specimen, which was dyed the same color all over, under a microscope, I still couldn’t tell what was what. It was the Italian anatomist Camilo Golgi who solved this problem.

For unknown reasons, Dr. Golgi used a method of staining brain specimens by soaking them in a solution of potassium dichromate and silver nitrate. Then, microcrystals of silver chromate were formed in some of the cells, and they appeared black. The point was that there was uneven dyeing. All cells were colored in the same way as the conventional method, but in the Golgi method, only some cells were colored, and other cells around them were not colored. So we made a distinction. The cells that were found in that way were exactly nerve cells. It became clear that the brain is made up of nerve cells.

This time, I introduced the budding brain science, from the discovery of the existence of an organ called the brain to the discovery that the brain is made up of nerve cells. Full-scale brain science began from here, and has developed to the present day. Please deepen your understanding of the development of brain science, which becomes more interesting the more you learn about it.

PreviousAre Bigger Brains Smarter? Relationship between brain size, number of wrinkles and intelligence
NextGet rid of evil spirits! A simple medicinal recipe that can be done in 5 minutes to prevent colds