Home >> Health >> Is the effect of anesthesia the same as that of pufferfish poisoning? Mechanism that paralyzes electrical signals in the body

Is the effect of anesthesia the same as that of pufferfish poisoning? Mechanism that paralyzes electrical signals in the body 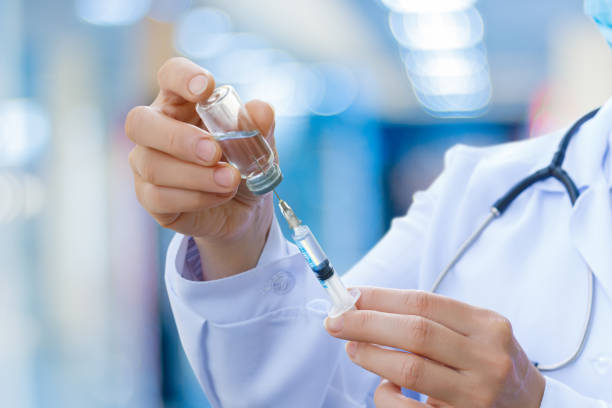 Why does anesthesia stop pain? That’s because anesthetics block the parts of our bodies that generate electrical signals, making us numb. This is similar to the action of puffer fish tetrodotoxin. We will explain the mechanism of electrical signals in the body that use Na⁺, citing familiar examples.

Remnants of ancestors in the sea? Electrical signals in the body that use Na⁺

Local anesthesia for painless treatment. Anesthesia blocks Na+ channels and causes numbness in ” Electrical Signals Generated in the Body “, I explained that the mechanism by which electrical signals are generated and transmitted in the human brain is the same as that of squid nerves . It’s safe to assume that all animals on Earth use the same mechanism. But why do all animals have the same mechanism of communication, even though there are so many different kinds of animals?

All animals living on land, including humans, are thought to be descendants of life that was born in the sea. The ancestors of insects are estimated to have landed on land about 480 million years ago, and vertebrates about 385 million years ago.

The ocean is made up of salt water, the main component of which is sodium chloride. In other words, our ancestors may have acquired a mechanism to transmit signals using the movement of these ions in an environment where a large amount of Na⁺ is distributed outside the body. And even after going on land, it seems that it has been inherited and used as an effective mechanism. As you can see from the fact that sweat is salty, I think it is the best evidence that the composition of the extracellular fluid that fills our bodies is similar to seawater and contains a lot of Na⁺.

The action of drugs also suggests that we use “Na+” to generate and transmit electrical signals on nerve axons. This time, let’s take “puffer fish poison” and “local anesthesia” as representative examples and explain them.

Why do creatures die from pufferfish poison tetrodotoxin?

Fugu is known as a synonym for high-class fish among many fish, and it is said that once you eat it, you will become addicted to its transparent texture and refined, delicate taste. Unfortunately, I haven’t eaten much, but…

On the other hand, fugu is also famous for its poison. The liver, ovaries, and other internal organs of pufferfish contain a deadly poison, and if eaten by mistake, it can lead to death from poisoning. By the way, puffer fish sashimi is called tessa, and the origin of the name is “Tessa”, which is an abbreviation for “teppo no sashimi” because it means “you will die if you get hit by a gun.” It seems that it has become

The main component of puffer fish venom is a compound called tetrodotoxin. In 1909, Dr. Yoshizumi Tahara of Tokyo Imperial University isolated the pufferfish for the first time in the world, and named it tetrodotoxin by combining the scientific name of puffer fish, Tetrodon (now Tetraodon), and toxin. Later, when he looked closely at the action of tetrodotoxin, he found that it blocked Na channels, the source of electrical signals in nerves. If you accidentally ingest pufferfish venom, tetrodotoxin will stop the generation of electrical signals on the nerve axons, impairing your senses and movements, and in the worst case, you will not be able to breathe and you may die. is.

Why puffer fish don’t die from their own poison

It’s a wonder why puffer fish have such a deadly poison, and why puffer fish itself is fine. The reason for this is not completely clear, but it is thought to be roughly as follows.

Pufferfish do not produce their own poisonous tetrodotoxin. It is believed that tetrodotoxin was originally produced by bacteria in the sea, eaten by starfish and shellfish, and then accumulated in the body of the puffer fish that ate them.

Of course, there are nerves in the pufferfish body, and Na⁺ channels work to generate electrical signals. However, the Na⁺ channels in pufferfish are slightly different from those in humans, and tetrodotoxin seems to have little effect on them. Therefore, even though he survived, other animals that tried to eat him died, so he was able to win the competition for existence. It is reasonable to think that the pufferfish did not do so because it planned to do so, but that it was able to survive because it happened to come across a compound called tetrodotoxin.

Why does local anesthetic used in dental treatment eliminate pain?

Many people have had anesthesia applied to their gums to prevent pain when undergoing dental treatment such as cavities at the dentist. This type of anesthetic is called a “local anesthetic” because it works only where you want it to work. There are many different types, but all of them have a common function of blocking Na⁺ channels. When Na⁺ channels are blocked, electrical signals are no longer generated on nerve axons, resulting in a loss of sensation, including pain.

Is local anesthesia = light anesthesia a mistake? Appropriate use with correct understanding

General anesthetics are used in major surgical procedures such as laparotomy. General anesthesia, as the name suggests, is accompanied by a loss of consciousness due to the drug being distributed throughout the body. On the other hand, local anesthesia only numbs the sensation at the place where the medicine is injected, but the consciousness remains as it is, and the sensation returns to normal in about an hour. For this reason, many people think that local anesthesia is “lighter”, but this is a big misunderstanding in terms of its effects.

As explained above, although there is a slight difference in action, local anesthetics eventually block Na⁺ channels in the same way as pufferfish poison. There is also a risk of death due to loss of sensation and movement.

Although very rare, there have been cases of medical accidents caused by local anesthetics during dental treatment. This is fatal because the amount of local anesthetic injected into the gums is too large, or the injection needle enters the blood vessel and part of the local anesthetic is carried throughout the body through the bloodstream. This is a case that resulted in We must not forget that safety can be maintained only when we correctly understand how our bodies work and how drugs work, and when they are used carefully.