Is daylight saving time in Japan detrimental to sleep? 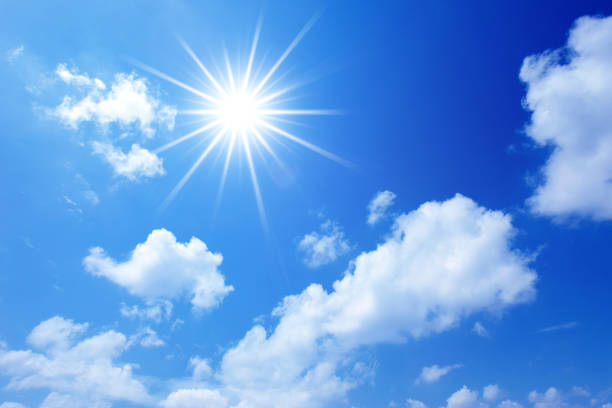 One of the work style reforms? What is daylight saving time

“Summer time” is a measure that makes effective use of the “bright time zone” in summer. What are the advantages and disadvantages?Daylight saving time is a measure to “advance the hands of the clock one hour during the summer and use the bright time effectively.” As summer approaches, it becomes a hot topic. It can be said that it is one of the work style reforms, just like the popular “Evening” and “Premium Friday”.

There are about 70 countries around the world that have adopted daylight saving time… What about Japan?

There are about 70 countries in the world that have adopted Daylight Saving Time. Also, among the 35 member countries of the Organization for Economic Co-operation and Development (OECD), which is said to be a developed country, only a minority such as South Korea, Iceland, and Japan do not have a daylight saving time system.

In fact, there was a time when Japan used daylight saving time. In 1948, daylight saving time began under the direction of the occupying forces at the time. It was held from the first Saturday in May to the second Saturday in September according to the “summer time law”. However, it was unpopular with the public due to disturbances in lifestyle rhythms, extension of working hours, and confusion in public transportation. Therefore, daylight saving time was abolished in 1951 when independence was regained by the peace treaty. Since then, daylight saving time, which is held all over the country, has not been implemented in Japan.

Daylight saving time was not well received, but there have been attempts to revive it. In 2005, a bipartisan group of parliamentarians called the “League for the Promotion of Daylight Saving Time” attempted to submit a bill to introduce the system to the Diet. Yasuo Fukuda, Prime Minister of Japan at the time, was positive about the introduction of the system, saying, “Every country is doing it, but Japan is unusual in not adopting it.”

During the Great East Japan Earthquake in 2011, the introduction of daylight saving time was also considered for energy conservation and the elimination of nuclear power generation. However, its introduction has been shelved because the disadvantages outweigh the advantages.

Read Also: Those who control naps control drowsiness! 5 ways to take a nap

Effect of daylight saving time …… Resource saving・Enhancement of after 5

Daylight saving time was first proposed by Benjamin Franklin in the 18th century.

It was first held in Germany during World War I from April 30th to October 1st, 1916. In the United States, it was first implemented in 1918, but was so unpopular that it was abolished two years later.

However, when it was revived for the purpose of “saving resources” during World War II, daylight saving time became established. Since the “Comprehensive Energy Bill” was enacted in 2007, it has been held from the second Sunday in March to the first Sunday in November.

Daylight saving time advocates cite the reduction of energy consumption as the primary reason for introducing the system. In other words, you can save the energy used for lighting by effectively using the time when the sun is out and it is bright. It would be great if many people could take this opportunity to think more seriously about the issue of global warming and change their lifestyles to eco-friendly lifestyles.

They also claim that they can go home while it’s still light, so it’s easier to have a fulfilling life after 5. In addition, fewer people will be outside after dark, which is expected to reduce traffic accidents and crime.

You should wake up an hour earlier when daylight saving time starts and an hour later when it ends. In this way, if you suddenly change your sleep rhythm, some people will get sick. In fact, although it is not officially summer time, 40% of participants in Hokkaido Summer Time, which has been held in Sapporo since 2004, complained of lack of sleep and deterioration of the physical condition.

In addition, there is concern that sleep time will be reduced due to the increase in overtime hours. Even if the start time is one hour earlier, there will be workers whose actual end time does not change due to overtime work. Even now, many people are not getting enough sleep due to overwork, so more over time can cause serious mental health problems.

The energy-saving effect, most emphasized by daylight saving time advocates, has also been questioned.

It certainly saves energy used for lighting because it puts the clock forward by an hour. However, more than that, the use of heating in cold mornings and cooling in hot summer evenings increases, resulting in an increase in total power consumption. In fact, a survey conducted in the state of Indiana in the United States in 2007 also showed that household electricity consumption increased by 1 to 4% due to the introduction of the daylight saving time system.

Some say that Japan is different from other countries. Many of the countries that currently use daylight saving time are located in high latitudes. Because the Earth’s axis of rotation is tilted, the higher the latitude, the more sunlight there is in summer. Countries like this are likely to benefit greatly from daylight saving time.

However, Japan is located at a lower latitude than Europe and the United States. In western and southern Japan, during summer time, you may have to go to work or school while it is still dark outside.

It is feared that troubles greater than the “year 2000 problem” of computers will occur. Twice each year, I set my computer’s clock forward or backward by an hour, so it’s no wonder something goes wrong. In fact, in 2007 in the United States, there was an accident associated with the switchover. Furthermore, the cost of developing and purchasing software is enormous.

In our homes, workplaces, and schools, we have many clocks and electrical appliances with built-in clocks. It’s kind of annoying to have to adjust these every six months.

What is the ideal summer time that Japan should introduce?

, living in harmony with the Earth’s day and night rhythms, in which people are active during daylight hours and rest when it gets dark, is desirable. So, what if the purpose of introducing daylight saving time is “to regain better sleep”? Also, if the hands of the clock were to move all over the country at the same time, it would likely cause a great deal of confusion. Some people feel better when they wake up early, while others feel worse. If we do not fall into totalitarianism and value diversity, I would like companies, government agencies, schools, and other organizations to decide to start work earlier, instead of setting daylight saving time by the government. A good reference is the “Hokkaido Summer Time,” which has been held since 2004 at the request of the Sapporo Chamber of Commerce and Industry. This is the power of the government, not something that forces the clock to advance. Companies and government offices that have responded to the call will move their opening hours forward by 1 to 2 hours only during the summer. By adopting a two-shift system of early work and late work, we do not change the end time and consider the inconvenience of business partners and users. Surveys of participating companies showed that the event was generally well received, and has become a well-established summer event. This is not the original daylight saving time, but one of the flextime systems. In addition, the sunrise in June is around 4:00 am and the sunset is after 7:00 pm, which is an attempt unique to Hokkaido. However, this “Hokkaido Summer Time” seems to have hidden various hints about summer time suitable for Japan. Why don’t you think about your own summer time in your area and workplace?

There are a few things to keep in mind when traveling abroad.

The first is whether the country you are traveling to observes daylight saving time. And if it is done, it is necessary to check when it will start and when it will end. If you make a mistake in this, you will be late for the departure time of the plane or the start time of the attraction. The implementation status of daylight saving time in major countries in 2017 is as follows (excluding some areas).

Also note that there are areas in the same country that do not observe Daylight Saving Time. In such a case, you have to adjust the time difference when crossing the regional boundary. Be sure to check the information in advance.

Care must also be taken when switching between summer time and normal time. Remember to turn your clocks forward or backward an hour when daylight saving time begins or ends in the country you visit.