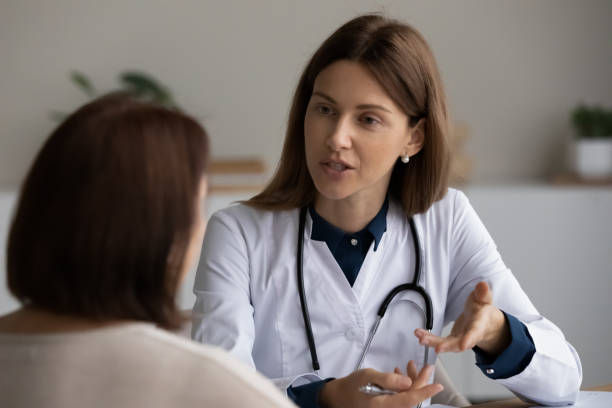 During menopause, the secretion of female hormones drops sharply, making it easier to become mentally unstable. Many people get irritated because of the words from their husbands, children, and mother-in-law. Learn about the common causes of menopause irritability and how to deal with it.

Menopause is accompanied by a sudden drop in the secretion of female hormones.

It seems that there are many people who find it difficult to get a good night’s sleep, which makes it easier to carry over fatigue into the next day, and many people feel that they are more susceptible to colds and hot flashes, making them more susceptible to infections such as colds. In addition, in the current era of COVID-19, we are always concerned about the risk of infection, and we hear that people are not able to enjoy things.

In addition, many women lose their confidence as women during menopause due to the loss of elasticity in their skin and moisture in their mucous membranes. Every time I look in the mirror, I am concerned about wrinkles and blemishes, and even if I change my cosmetics or seek a solution from esthetics and aesthetic medicine, aging itself cannot be stopped, so it is easy to feel helpless.

Menopause irritates everyone around you… Why do you get irritated with your husband, children, and in-laws?

And menopause is also an age where there are many “roles” such as a wife, a mother, and a professional. For example, the dilemma of not being able to keep up with children, even though there are still many things to do, such as housework and work. In this way, the gap between the desire to play a role and reality becomes a major source of frustration.

In such a case, when family members or coworkers say a word that “kachin”, anger will ignite. As an example, I often hear the following words and concerns.

■I was irritated by her husband’s casual criticism, and she
said things like, “Don’t be lazy. You should move a little.” She is criticized one-sidedly, saying, “Your room isn’t tidy, isn’t it?” These unkind words are often frustrating. Also, when people say things like, “Isn’t it menopause?”

■Irritated by children’s blunt remarks
Children tend to say blunt things to their parents, but even if they know it, they can still get hurt if they say it out of the blue. For example, when a child saw him lying on the sofa with a tight body, he said, “Wow, he looks like a sea lion!” Even if she tries to convince her that “I’m still a child”, if she says heartless words, she will get angry.

■ Frustrated by a prickly word from her mother-in-law
It seems to be difficult when the distance with the mother-in-law is close. “I know it’s hard, but please take care of your family a little more.” She doesn’t even care about my body.”

■When you get tired at work, you get irritated by small
things. It seems that there are many people who are doing their best while working, even if their bodies are physically exhausting. However, when fatigue builds up, you lose your composure, and you feel irritated by the attitudes and words of your colleagues.

One thing that can help with menopausal irritation is the concept of anger management. She lets her emotions vent her anger, and later she regrets, “Why did she say that?” To prevent this from happening, she should take good care of her emotions.

To begin with, it’s natural to get frustrated when faced with unpleasant situations. However, if you are exposed to frustration as it is, anger will build up and you will want to hit your emotions around.

That’s why when you’re frustrated, get away as much as possible. Moving, breathing the outside air, drinking tea, these things will change your mind. If you can’t leave, just closing your eyes and taking a deep breath can help you disconnect from the source of your irritation.

After you have calmed down in this way, find a time when it is easier for you to talk to the other person, and calmly tell them what kind of words or attitudes hurt you, what kind of physical condition or condition you are in, and what kind of consideration you expect from others. I guess.

The pain of menopause can only be understood by those who have experienced it. By all means, take care of yourself physically and mentally, control your frustration skillfully, and seek understanding from those around you.