Home >> Health >> Is there a superiority or inferiority between the left and right brain? Problems with the “right-brain, left-brain theory”

Is there a superiority or inferiority between the left and right brain? Problems with the “right-brain, left-brain theory” 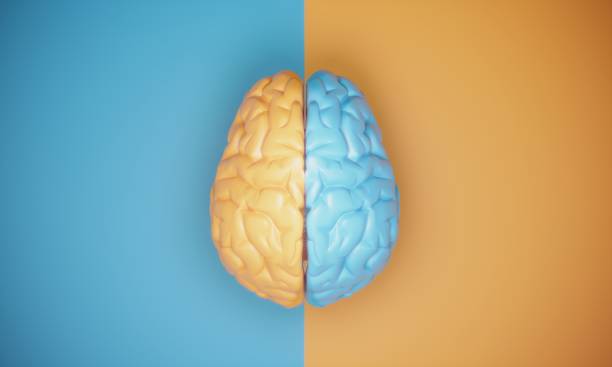 In advertisements for early childhood education and brain training, you may see explanations that separate the “right brain” and “left brain”. However, from a neuroscience point of view, the “right brain/left brain theory” does not have a scientific basis. There is no superiority or inferiority to the left or right side of the brain, just as there is no superiority or inferiority between the left and right legs when walking. I will explain three problems of “right brain / left brain theory” in an easy-to-understand manner.

The website of an organization that promotes early childhood education and the advertisement of a book related to brain training contained the following statement.

“The brain has a right side and a left side, and they work differently. At an early age, when the right side of the brain, which works like a genius, is open, we should provide training based on brain science to activate it.” (Modified)

brain, and can be used for self-analysis and job hunting.” It might make you want to nod, but if you’ve studied the brain even a little bit, you’ll know that it’s absurd and not worthy of discussion.

Read Also: Why are dolphins so intelligent? The ever-evolving brain seen in comparison with the human brain

There are three main points to consider in order to dispel the misunderstanding of the “right-brain/left-brain theory.”

The first is thought to have been the source of this research, which is thought to have originated in the American neuropsychologist Roger Sperry’s “Study on the Functional Differentiation of the Cerebral Hemispheres”. It means that it was made

Sperry’s split-brain research had a major impact on the field of brain science. The content of the research is often introduced as “I clarified that the left and right cerebrum have independent functions”, but the truth is that “when the communication between the brain hemispheres is cut off, the left and right brains are balanced. It’s just been proven that it doesn’t work well. What happens in the brains of split-brain patients does not apply to us healthy people.

Comparing and arguing about the right brain and the left brain is nonsense! “Right brain = genius brain” is wrong

The second point is that the “right-brain/left-brain theory” tries to argue by comparing the left and right brains. It was the discovery of the language center by Broca and Wernicke in the 1860s and 1870s that the study of localization of cerebral functions began in earnest. In addition, since the language center was localized in the left cerebral hemisphere in more than 90% of people, the left was called the “dominant hemisphere” and the right was called the “inferior hemisphere.” This seems to have been the cause of creating the “right-brain/left-brain theory”.

We are attracted to minorities. That is why it is said that there are many geniuses among “left-handers” and “AB type”. I will explain in detail about the truth of the popular theory that “there are many left-handed geniuses”, but I think it is correct to say that “there are only a few geniuses regardless of their dominant hand”. But the minority feels something special, and the majority want to think, “You must be different from me.”

By the way, it is said that the right brain hemisphere is good at processing things that cannot be explained in language. Isn’t it a very natural thing to deal with. I am not doing anything special.

Does the human brain have a habit of categorizing? Trends such as “blood type” and “right-brain/left-brain”

Furthermore, our brains tend not to allow for “diversity”. Although they say, “It’s okay for each person,” they try to classify it into something and fit it into a frame. A typical example is classification by blood type. It is often used for personality diagnosis and fortune-telling, and I sometimes check each other’s blood types to create topics at drinking parties. It’s funny, but it doesn’t make any sense if you take it seriously.

Rather than recognizing a large number of diverse existences one by one, it is easier to understand and classify them into a relatively small number, and our brains seem to settle down. This is probably the reason why it is accepted by the public even if it is explained that XX by blood type is unscientific.

As a brain scientist, I believe that the reason why gender and racism are deeply rooted and still persists is because of the influence of the habits of the human brain. Perhaps this is why the academically meaningless classification of “right-brain/left-brain” has emerged.

When there are two conflicting matters, it may be unavoidable because it is our habit to want to decide “winner” or “winner”. . It is meaningful only when the brain works together as one, so let’s think that there is no superiority or inferiority between the left and right. Let me give you a few examples that make this clear.

The most obvious example is “walking”. When you walk, which side of your brain do you prefer, left or right? Yes, there should be no difference at all. If you don’t use both sides of your brain equally to move your left and right limbs, you won’t be able to walk well.

Language is thought to be centered on the left brain, but communication does not work well with the left brain alone. If only the left side of the brain converts thoughts into words and utters them, it will sound like a robot. Even though it’s grammatically correct, it doesn’t convey any emotion. Speaking with emotion requires the cooperation of the right side of the brain. Even when listening to what the other person is saying, it may not be possible to grasp their true intentions if only the left side of the brain is used. For example, when you say, “I’m fine,” but the other person’s expression is stiff and their face is flushed, you can feel that they’re angry. It is also an important function of the right brain to read the atmosphere that is not contained in words. Even languages ​​that are best left-brained need help from the right-brain.

In the right-brain/left-brain theory, it is said that “scientific people use their left brain mainly”, but I don’t think I fit into the so-called “left-brain group” because of my work, which is classified as a science-minded person. When I was a student, I loved solving math and physics problems. However, I didn’t like the math. It’s fun to think about how to solve a problem when I see it, but I didn’t like the hassle of calculating the answer after I had an idea of ​​the path. However, thanks to you, I had a decent amount of computing power, so I was able to give the correct answer. One thing I especially liked about the thought process was the geometry problem. I used to feel a sense of satisfaction when I was able to understand the meaning of mathematical formulas by replacing them with spatial images. Another hobby of mine is drawing. When I was young, I even thought that I wanted to become a painter. I can’t believe that science people are left-brain biased. In my current brain science research, if I can only use one side of my brain, I can’t do my job. I am convinced that scientific people must be able to use both brains in a well-balanced manner.

As these examples make clear, most everyday activities do not involve using only one side of the brain. Otherwise, none of the objectives will be achieved. There is no superiority or inferiority between the left and right side of the brain, we always need both.

The third problem is that those who have listened to the “right-brain/left-brain theory” are also responsible.

In the past, I was asked by a media outlet to comment on lifestyle habits based on the “right-brain/left-brain theory.” I will omit the details, but the person introduced there was doing a health method that focused on massaging one of the scalps before going to bed, according to the activities of the day. I learned about the “right brain/left brain theory” from a famous person’s book, and at the same time, I was recommended a “right brain/left brain massage” at the beauty salon I went to. I’m very sorry, but I thought this is what “I can’t close my mouth”. As a result of the message game, I was astonished that the right-brain/left-brain theory was distorted and transmitted.

I only gave a general explanation of the functional localization of the cerebrum, and refrained from making any further comments, but I hope that someday, somewhere, I will be able to offer advice that can solve this problem. The “right-brain/left-brain theory” may certainly be interesting as entertainment. However, if you continue to believe without any doubt, you can’t say that there is no problem on the receiving side.

PreviousWhy are dolphins so intelligent? The ever-evolving brain seen in comparison with the human brain
NextAn easy-to-understand explanation of the mechanism of the optic nerve half-chiasm and visual conduction pathway