Home >> Health >> How to eat chia seeds Effectively… Is it rich in nutrients and effective for dieting and constipation?

How to eat chia seeds Effectively… Is it rich in nutrients and effective for dieting and constipation? 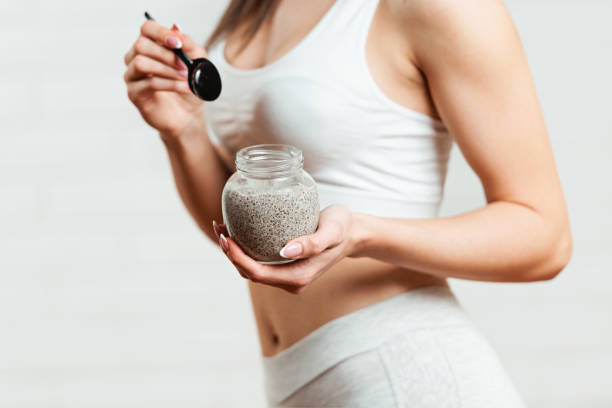 “Chia seeds” are a superfood that has been attracting attention as being useful for health management such as dieting, relieving constipation, improving immunity, and preventing osteoporosis. It is also known as a food that was useful in the ancient Maya and Aztec times. Learn about the nutrients in chia seeds and how to eat them effectively.

Chia seeds are said to be a superfood, what are their benefits?

Chia seeds have become popular in the United States and are now attracting attention as a superfood in Japan. Chia seeds are a plant of the mint genus, and were an important food source for the ancient Maya and Aztecs, but they are also a superfood full of nutrients that modern people tend to lack. I will explain the actual effects of chia seeds, which are said to be good for dieting, relieving constipation, improving immunity, preventing osteoporosis, and improving the health of the mind and head.

Read Also: Color therapy that truly understands! How to be who you want to be with colors that project your mind

Chia seeds have long been thought to have medicinal properties.

Chia seeds have only recently gained attention in the United States and Japan, but in central Mexico they have been one of the major agricultural products since about 1000 BC. It is said that cultivation continued until around the 16th century, but after the Spanish occupation, cultivation was banned because it was related to the Aztec religion.

According to legend, chia seeds can keep you alive for a day with just one tablespoon of chia seeds. Warriors used chia seeds as a source of stamina. The Aztecs are said to have used it for its medicinal properties.

First of all, chia seeds do not need to be cooked, and one of the features is that they can be used simply by mixing them with other ingredients. When wet, the chia seeds will form a jelly around them.

Note) To make it easier to see how much nutrition chia seeds contain compared to other ingredients, we compared the amount of 58 calories, which is the same calorie as 1 serving of chia seeds (1 tablespoon). I was.

■Iron is amazing
According to the National Health and Nutrition Survey, both men and women are lacking iron on average, but women are particularly large and fall short of the recommended amount. If you don’t have enough iron, your immune system will be weakened and you will get tired easily. Chia seeds contain 0.93 mg of iron. Beef liver contains 1.8 mg of iron in 58 calories, and sesame contains 1 mg of iron, which are known to be rich in iron. A comparison shows that chia seeds have superior iron content. Spinach provides 5.8mg of iron per 58 calories, but you need to eat a fair amount (290g). I can’t eat a lot of spinach every day, and chia seeds are an honor student in terms of iron.

■ Zinc is also great
The average intake of zinc for both men and women is also below the recommended amount. A lack of zinc can lead to a weakened immune system, mental disorders, and taste disorders. Chia seeds contain 0.55g of zinc. Known to be rich in zinc, 0.4g in almonds, 0.6g in sesame seeds and 0.6g in eggs. Chia seeds are also rich in zinc.

■Magnesium is also great
The average intake of magnesium for both men and women is below the recommended amount. Magnesium is important not only for bone health, but also for mental and nervous function. Chia seeds contain 40mg of magnesium. Soybeans, which are known to be high in magnesium, contain 35 mg, almonds contain 30 mg, and sesame seeds contain 34 mg. Chia seed is also an honor student here. Sesame has also appeared frequently, but the difference between chia seeds and sesame is that it is thought that if the sesame is not smooth, the shell will get in the way and the nutrients will not be fully utilized. There are also concerns about oxidation. On the other hand, chia seeds are said to be able to use nutrients properly in the body due to the difference in the properties of the shell.

A delicious and effective way to eat chia seeds

[How to make]
1) Mix chia seeds with milk. Be careful not to mix well or the chia seeds will stick together. Chill in the fridge for a few hours and voila!
*) The photo on the upper right is a mixture of chia seeds and chocolate soy milk.

[How to make]
Mix the ingredients well. Let it rest for a few hours and it’s done.

[How to make]
1) Mix all the ingredients. The oats are already steamed, so you can mix them as is. If you add too much, it will be a little watery, but it is OK to mix the fruit the night before. Refrigerate overnight and it’s done. It is a taste that both children and adults can enjoy.

*According to the website of the National Institute of Health and Nutrition, people with allergies to sesame and Japanese mustard should be careful.

PreviousColor therapy that truly understands! How to be who you want to be with colors that project your mind
NextWhat is the upper limit of vitamin E intake? The relationship between supplements and overdose