Home >> Health >> How to check and eliminate dangerous sleep debt

How to check and eliminate dangerous sleep debt 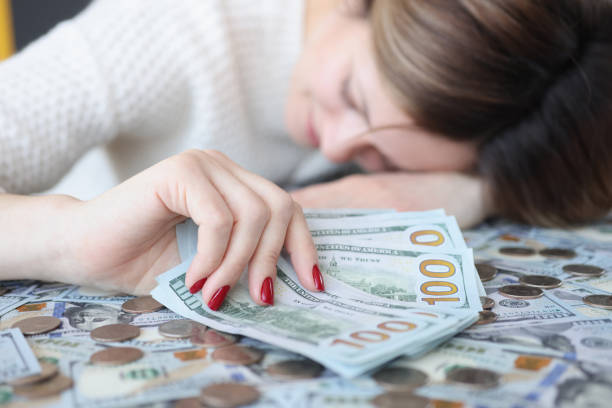 “Sleep debt” is more than just lack of sleep. Simply put, sleep debt is the accumulation of sleep deprivation, which can also be called “sleep debt.” We will explain the fear of sleep debt, possible symptoms, self-check method for sleep debt without awareness, and how to eliminate sleep debt using naps and eating habits.

What is sleep debt? Sleep debt? How is it different from sleep deprivation?

A dangerous “sleep debt” that increases without knowing it. If you know how to check and how to solve it, it’s not scary.The rhythm of sleep and wakefulness is controlled by two things: “body clock” and “sleep substance”. Your body clock works to make you sleepy at night and wake up in the morning. On the other hand, if you stay awake for a long time, a lot of sleeping substances accumulate in your brain and you become sleepy, and you wake up when the sleeping substances are broken down during sleep and the amount decreases.

The greater the sleep debt, the greater the drowsiness. Some people are not aware of their lack of sleep, and in such cases, it may appear as insomnia symptoms such as difficulty falling asleep. Many people wake up at different times on weekdays and weekends, and sleep later than usual on weekends and holidays.

Prepubescent children may not report sleepiness on their own. Even in such cases, behavioral abnormalities such as irritability, inattentiveness, and loss of appetite, which may be caused by drowsiness, are seen.

In the company, the speed of work slows down and becomes sloppy. Also, more mistakes and failures. In addition, the risk of traffic accidents increases. At school, falling asleep in class increases, academic performance declines, and injuries and illnesses increase. Relationships with friends and teachers may deteriorate.

Read Also: What is “Sleep Day”?

Sleep Debt Check Method Based on Sleep Time on Holidays

A quick way to check how much sleep debt you have is to compare how many hours you slept on weekends and weekdays. Specifically, first, make your bedroom as dark and quiet as possible, and sleep as much as you can without alarms on holidays. Even if you wake up, close your eyes and go to sleep again and again. Sleep until you can’t sleep no matter how much you close your eyes.

The key to eliminating sleep debt is getting more sleep at night. If you want to reduce your sleep debt, clear your brain, and improve your performance during the day, make sure you get 6-8 hours of sleep a night. If you can’t get more sleep on weekdays, go to bed an hour earlier on the day before a holiday or on a holiday night, and wake up two hours later than you do on weekday mornings. can be increased.

A power nap is a 20 minute nap between noon and 3pm. Actually, it would be nice to take a nap between 14:00 and 16:00, when sleepiness peaks in the afternoon, but it is often impossible for business people. Therefore, it is realistic to have lunch in the first half of your lunch break and then take a 20-minute nap by slumping over your desk or leaning back in your chair in the second half.

If you take caffeine before your power nap, the stimulating effects of caffeine will kick in when you wake up, leaving you feeling refreshed and ready to start your afternoon with a clear head.

A holiday nap is a 90 minute nap you take on your day off. 90 minutes is just the right amount of time to wake up in your sleep rhythm. However, a late nap can have a negative impact on your night’s sleep, so try to get up by 3-4pm.

Unlike a short nap, during a holiday nap you can lie down on a sofa or bed. Of course, be sure to set an alarm or alarm to avoid oversleeping.

How to reduce sleep debt by reviewing light and diet

The biggest lifestyle habits that affect sleep are “brightness” and “diet”. If you control these two well, you can improve the quality of sleep and reduce sleep debt.

Humans are diurnal animals, so unless we are very nocturnal, we are active during the day and sleep at night. However, in today’s 24-hour society, we are exposed to bright light even at night. Bright light at night suppresses the secretion of “melatonin”, which is called the sleep hormone, and deteriorates the quality of sleep. So don’t expose yourself to too much light at night.

I feel sleepy when my stomach swells. However, if you go to bed too soon after dinner, you won’t get deep sleep and the quality of your sleep will be poor. You should wait 2-3 hours between dinner and sleep. Work backwards from the time you go to sleep to decide when to eat dinner. If you have to eat late, try eating a small meal later in the evening, such as eating a light rice ball in the evening.

Accumulating sleep debt can be pretty dangerous. In order to live a healthy and powerful life, check the amount of sleep debt early and try to eliminate sleep debt by taking a nap.

PreviousWhat is “Sleep Day”?
NextStay in a mountain hut for the first time