Home >> Health >> Great for travel! Tips for getting a good night’s sleep without jet lag

Great for travel! Tips for getting a good night’s sleep without jet lag 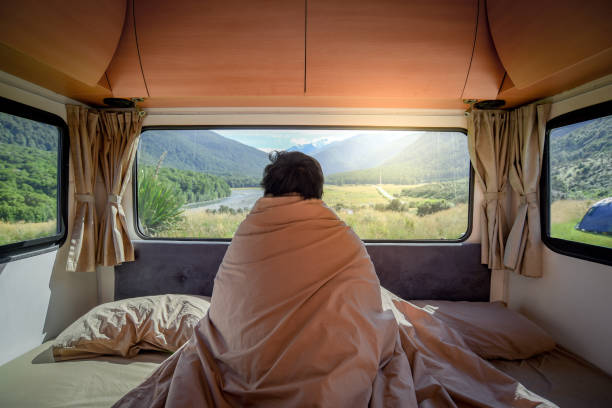 Is it normal to not be able to sleep in a hotel? Let’s go on a trip with my pillow

Have a good night’s sleep during the holidays, and let’s do our best after the holidaysMany people go on trips during Golden Week, when they can take a long vacation. According to JTB, in 2017, the number of domestic travelers is expected to be 23 million, and the number of overseas travelers is expected to be 595,000. More than one in five Japanese people enjoy traveling.

Traveling is fun, but sometimes it’s hard to sleep well in an unusual environment, such as a hotel you’re staying at for the first time. This is called the “First Night Effect”. At this time, one side of the brain (right or left) is asleep and the other side is as active as when awake. This is thought to act as a “watchman” or a “night watchman” for unfamiliar environments.

The first night effect is that you become more alert because your sleeping environment has changed. So, if you make the environment of the place where you stay for the first time similar to your home, you will feel calmer and sleep easier. If you take the pillows, pillowcases, nightwear, aroma oils, and music that you use at home with you on your trip, you can sleep comfortably in an atmosphere similar to that of your own home.

It is effective to start measures against jet lag before departure

In order to enjoy an overseas trip, it is important to take measures against jet lag. 100 years ago, there was no such thing as jet lag. This is a problem that only arose when it became possible to travel to distant places in a short period of time by airplane. It is generally believed that traveling to locations with a time difference of more than 3 hours can result in jet lag.

Jet lag is caused by an imbalance in your body clock. The key to effective jet lag prevention, or a quick fix, is adjusting your sleep rhythm.

On the plane, sleep according to the local time. If it’s night in your area, sleep, and wake up in the morning. Don’t forget to bring an eye mask and earplugs on board to prepare for sleep.

When I arrive at my destination in the daytime and feel sleepy, I take a nap for about 2-3 hours. When you wake up, go outside and expose yourself to sunlight to help your body clock adjust. If you go to the West Coast of the United States, it is best to soak up the sun from the afternoon on the day you arrive, around 10 am on the second day, and after waking up in the morning on the third day.

Even when traveling, a nightcap will reduce the quality of sleep, so use it in moderation…

During holidays, including Golden Week, there are more opportunities to drink alcohol. Enjoying delicious local sake while enjoying beautiful scenery while traveling is an exceptional experience. Also, some people get rid of it with a nightcap when they can’t sleep while traveling. 20-30% of Japanese people drink a nightcap when they can’t sleep. This is more than people who take sleeping pills, and it is a high percentage even in the world.

Alcohol definitely helps you sleep better. However, sleep quality suffers. This is because alcohol decomposes over time, and when the concentration of alcohol in the blood decreases, the awakening effect appears. Alcohol also increases the amount of urine produced during sleep. As a result, you wake up more easily at night with the urge to go to the bathroom, and your sleep becomes fragmented.

Also, drinking alcohol makes you snore louder. Snoring is caused by narrowing of the airway, which is the passage of air from the nose and mouth to the throat, and vibration of the air passing through it. Just like your face gets swollen when you drink alcohol, your throat gets swollen. A swollen throat narrows the airway, making it easier to snore. When snoring gets worse, the quality of sleep gets worse, so be careful.

If you drink alcohol, limit yourself to 1 go of sake, 1 medium-sized bottle of beer, and up to 2 light glasses of wine at least 3 hours before you go to sleep. That way, the alcohol will be broken down before you sleep, so it will have less of an adverse effect on your sleep. Women and the elderly are slow to decompose alcohol, so about half of this is appropriate.

Read Also: How to cure May disease that you want to try from sleep

Also, don’t forget to take measures against hay fever even during Golden Week. An estimated 30 million people in Japan suffer from hay fever. In the Kanto region, a lot of cedar pollen flies from February to April. Cypress pollen then flies from March to April. Pollen from grasses in the summer and ragweed in the fall also fly, so there are hay fever patients all year round. The symptoms of hay fever make it difficult to breathe, so the quality of sleep tends to be poor.

Prevention is more important than treatment for hay fever. Even if you take medicine after hay fever starts, it doesn’t work very well. Start taking medicines such as antihistamines two to three weeks before symptoms of hay fever appear.

“Histamine” is a substance that works in the arousal nerves of the brain. Antihistamines block the effects of histamine and can cause drowsiness as a side effect. In such cases, take the medicine after dinner or before going to bed. Prescription medicines you get at the hospital may make you less drowsy than over-the-counter medicines you can buy at the pharmacy.

Also, in order not to bring pollen indoors, it is effective to use a wet tissue at the entrance to remove as much pollen as possible from your clothes. If you dry your clothes, pollen will fly up and enter the room.

Cleaning of the room also needs some ingenuity. Vacuuming has the opposite effect, as the pollen on the floor rises up. First, wipe the pollen off the floor with a wet cloth or flooring wiper. Bedding and futons also have pollen on them, so try using a futon vacuum cleaner .

It is called “morning attack” when hay fever gets worse when you wake up in the morning. In such cases, sleeping with a mask for the night will alleviate the symptoms. I would like to have a pleasant holiday by suppressing the effects of symptoms and drugs that lower the quality of sleep as much as possible.

Golden Week in May can be said to be the best season of the year. Get a good night’s sleep, enjoy your vacation, refresh your mind and body, and get through the May disease season in good health!