Home >> Health >> Functions of Vitamin D, Is it effective for hay fever and asthma?

Functions of Vitamin D, Is it effective for hay fever and asthma? 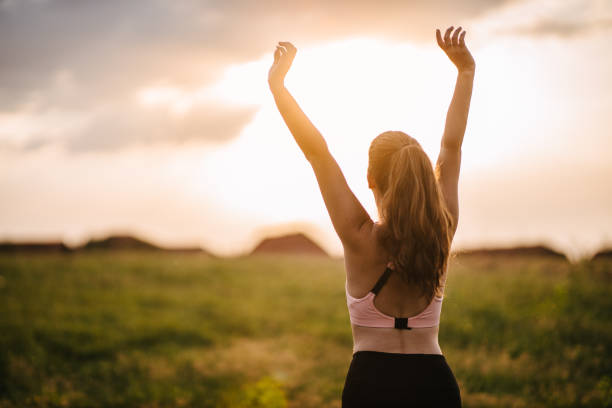 Vitamin D is important for bones and calcium metabolism. It is said to increase immunity and prevent various diseases, and there are reports related to prevention of nerve diseases such as influenza, cancer, Alzheimer’s, and depression, as well as allergy prevention such as hay fever, asthma, and atopy. I have. Introduces the functions and reports of vitamin D.

Features and functions of vitamin D

Vitamin D is a fat-soluble vitamin that dissolves in fat but not in water. Vitamin D2 (ergocalciferol), which is derived from plants, and vitamin D3 (cholecalciferol), which is derived from animals, are largely divided into vitamin D3, which is produced from cholesterol contained in the skin by ultraviolet rays. In other words, vitamin D tends to be deficient due to lack of UV rays and sunlight, and it is also called the “sunshine vitamin” because of the way it is produced.

Both vitamin D2 and D3 are converted into activated vitamin D in the kidneys and have various functions in the body. The amount of vitamin is shown in IU, and 40 IU = 1 μg.

Various functions of vitamin D have been reported.

Vitamin D is best known for bone formation. Various functions other than bone have been reported■ Function of vitamin D

etc. have been reported to be effective. Of all the above, let’s talk about allergies in particular.

Vitamin D has been reported to be useful for allergiesTheoretically, vitamin D is expected to be effective against allergies, but there are various reports on its actual effect.

According to a paper summarizing previous reports on vitamin D and children with asthma, it has been reported that although asthmatic children have less vitamin D than non-asthmatic children, their respiratory function, etc., varied from report to report. . (Jat KR et al.: Lung India. 2017 34:355-363)
It has been reported that high levels of vitamin D in the blood also improve respiratory function in adults (Liu J et al.: Respir Res. 2019: 20(1 ): 161).

Overseas, there is also a report that administering vitamin D to children with hay fever could improve symptoms and reduce the number of therapeutic drugs (Jerzyńska J et al.: Arch Med Sci. 2018:122-131).

In other words, there are various reports, and it is necessary to examine their effects.

Vitamin D ointment has the effect of suppressing the proliferation of epidermal cells in the skin, and is used for keratosis, which is an increase in dead skin cells, and fish scale-like ichthyosis, which is extremely dry skin.

Supplementation with 1600 IU/day of vitamin D has been reported to clinically reduce the severity of atopic dermatitis (Hattangdi-Haridas SR et al.: Nutrients. 2019 11(8): E1854).

Vitamin D is said to have these functions. Are we really enough?

There are results of measuring vitamin D in blood conducted by SOUKEN Co., Ltd. (100 men and women living in Kanto, aged 20 to 69, conducted in September 2012).

September has relatively long hours of sunshine, but half of all people lack vitamin D in their blood. There is a shortage in every age group, and the shocking result is that 1 in 4 women are in a state of deficiency (see chart below).

In September 2012, SOUKEN Co., Ltd. investigated the blood vitamin D concentration (the blood vitamin D concentration is considered necessary and sufficient is 30ng/mL). Approximately 2 out of 3 women are deficient, and 1 out of 4 are deficient.
In particular, vitamin D deficiency was most common in office workers with short hours of exposure to sunlight, and 73% of those with little skin exposure due to clothing were found to be vitamin D deficient. In the coming winter, the hours of sunlight will be short, and people will wear heavy clothes to protect themselves from the cold, so less skin will be exposed, which will accelerate vitamin D deficiency.

In addition, changes in dietary habits are one of the factors that tend to lead to vitamin D deficiency. Are you eating fish or mushrooms? These are rich in vitamin D.

The first is sunlight. Try to go outside for walks as much as possible on sunny days. However, overexposure to UV rays can cause dermatitis, sunburn, blemishes, and skin cancer. While taking care of UV rays, children can enjoy playing outdoors, and adults can enjoy sports. UV protection is less likely to affect vitamin D in the blood than clothing.

The second is active intake of vitamin D. It is mainly found in fish such as salmon and saury, mushrooms such as shimeji, and eggs. There are many Japanese food ingredients.

The amount recommended by the Ministry of Health, Labor and Welfare in Japan is

However, the amount recommended by the U.S. government is

Especially in the upcoming season, when the sunshine is short and people wear thick clothes, they may be short of vitamin D due to UV rays. Therefore, you need to take more vitamin D. If it is difficult to take it from food alone, you can try taking an over-the-counter supplement with the recommended daily dose of 1000 IU as a guideline.

PreviousModerate exercise increases collagen in the body!
NextNutrients that are expected to help remove active oxygen