Home >> Health >> Functions of the hippocampus in the brain: Deeply related to memory and spatial cognition

Functions of the hippocampus in the brain: Deeply related to memory and spatial cognition 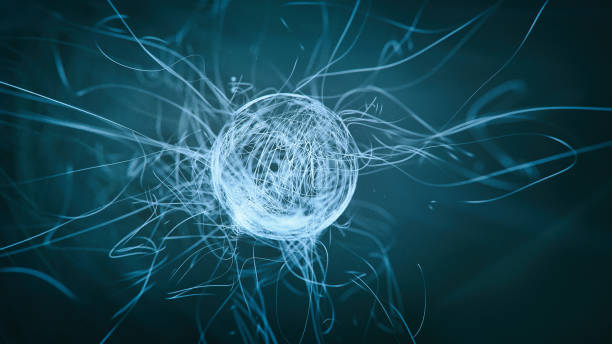 The hippocampus of the brain is the center of memory. We can adapt to the environment and survive strongly because we can remember the events we have experienced. An easy-to-understand explanation of the structure and function of the hippocampus in the brain.

Mammals that aren’t physically strong survived thanks to the ‘limbic system’?

It is estimated that life began on this earth about 3.8 billion years ago. In the beginning, small, single-celled organisms have evolved to become what we are today. Like the dinosaurs, there must have been many animal species that prospered for a period of time but then became extinct. There may be various opinions, but as a neuroscientist, I believe that it is because the limbic system has developed.

Our human brains can be divided into four roughly different roles. . The first is the “brain stem,” which is located in the lower part of the brain and supports the center. It can be said that it is a brain for being. However, we cannot live by just breathing, eating and resting. The weather may change suddenly, or you may be attacked by other animals that are after you. In such a case, it is necessary to adapt to the environment and act to protect yourself from enemies. For that reason, mammals probably developed the limbic system as a second “brain for living robustly.” From a different point of view, it can be said that only those who were able to develop the limbic system survived.

By the way, the word “environment” is rarely used in everyday conversation, so I think many people are unfamiliar with it. If you look it up in a dictionary, it is explained as “periphery” and “edge”. For example, if you have a large piece of cloth, you fold it back and sew it so that it doesn’t fray. Similarly, the part where the edge of the cerebral cortex rolls inward corresponds to the limbic system. As shown in the figure below, the cerebral cortex can be divided into the “neocortex” that was newly created in the process of evolution and the old “old cortex”. It was given the name “limbic system” because the edges of the cerebral cortex are wrapped around inside.

The limbic system is the part where the rim of the cerebral cortex rolls inward (original drawing created by the guide)The limbic system can be further subdivided into several regions, each with a different role. This time, we will take up “Kaiba”. The role of the hippocampus is to create memories. I will explain in detail how the hippocampus is made and how it makes memories.

Read Aslo: Why do people’s likes and dislikes change? The amygdala, which determines the direction of love

First, let’s confirm where the hippocampus is located in our brain. As shown in the figure below, the lower edge of the temporal lobe of the cerebral cortex is formed by turning inward, and there is a pair of left and right hippocampi.

The hippocampus is a pair of hippocampus lying in the back of the temporal lobe, and is named for its resemblance to Hippocampus or the seahorse of Greek mythology (original drawing created by the guide).Hippocampus is the Japanese name for the English hippocampus, which is derived from the sea monster Hippocampus in Greek mythology. This sea monster has the upper body of a horse and the lower body of a fish or snake, and is said to have been named by combining the Greek words hippos (horse) and kampto (bending), meaning “bending horse”. . Also, seahorses that actually exist in the sea are named Hippocampus coronatus because they resemble Hippocampus. Both hippocampos and seahorses are also called sea horses in English, and the kanji character is “Kaiba”.

This brain site was first called the hippocampus by the Italian anatomist Arantius in the 1500s. It is said that when he dissected the human brain and saw this part, he thought that it resembled the sea monster Hippocampus or the seahorse, so he named it this way. Is not …

The primary role of the hippocampus is to create memories

The connection between the hippocampus and memory was first clarified in the 1950s after a case of a patient who underwent surgery to remove the hippocampus was reported. From around the age of 10, this patient had suffered from epilepsy, a disease that causes sudden convulsions and loss of consciousness due to abnormalities in the brain. I took many medicines to suppress epileptic seizures, but the seizures did not subside at all. In 2009, I underwent surgery to remove a large part of the hippocampus on both sides.

The surgery was a success and I no longer have epileptic seizures, but an unexpected symptom appeared. I am suffering from amnesia because I can’t remember what happened after the surgery. I just ate a meal, but I didn’t remember what I ate, and I didn’t even remember eating. I couldn’t even remember the people I saw every day. There is also an anecdote that even if you read a novel once, it will not remain in your memory, so even if you read it over and over again, it will still be fresh and enjoyable. In 1955, two years after the operation, the patient was 29 years old when he was examined, but he still thought he was 27. He had no memory of anything after 1953 when he had the surgery. He described his condition as follows. “It’s always fresh to see what’s happening at this moment. I feel like something happened, but I can’t remember what it was. It’s like waking up from a dream.” , he had no memory of what happened just before, and was always living in the present.

Since then, other cases have been reported, such as those who had their hippocampus surgically removed and those who were born with hippocampal defects, and it became clear that the hippocampus is “necessary for making memories.”

The hippocampus is essential for making memories, but it’s not a memory reservoir

Observation of this patient revealed another important point about the relationship between the hippocampus and memory.

Is Kaiba the command center of memory? Information selection and coding performed by the hippocampus

So, more specifically, what does the hippocampus do to create memories? Although the full picture has not yet been elucidated, the hippocampus is thought to perform “selection and coding of information to be remembered.”

We don’t remember everything we see, hear, or experience. I sometimes use the expression “I forgot”, but the things that didn’t make an impression on me aren’t “forgotten”, but “I don’t remember” in the first place. If everything you see or hear is instantly imprinted in your mind and you keep everything as a memory, your memory storehouse will fill up quickly. If you keep things you don’t need, your house will be overflowing with things. Don’t leave what you don’t need, elimination is also necessary. So our brains don’t keep all the information that comes in, they only keep what they think they’ll need in the future. The hippocampus plays a role in selecting such information to be remembered.

The information that enters our brain is also rewritten into a form suitable for storage as memory, and then transmitted to various parts of the brain, which is the storehouse of memory, and becomes an unforgettable memory. The hippocampus is thought to play this role in memory formation.

The hippocampus has another important role besides making memories. It is “reading the map”.

In order to get to a destination, we must be able to grasp the place and space in which we are currently located and to envision a route in which direction we should go. The technical term for this ability is “spatial awareness”. There is some evidence for a connection between spatial cognition and the hippocampus.

First, the hippocampus has “place cells” that remember specific locations. For example, we insert a thin metal needle into the hippocampus of a mouse and let the mouse walk freely while observing the activity of neurons in the hippocampus. Then, when you go to a specific place, you can observe that a specific nerve cell reacts strongly.

Secondly, Alzheimer’s disease patients with hippocampal disorders may not know where they are or how to get to their destination, and when they go out, they may get lost and be unable to return home.

“Memory” and “spatial cognition” are functions necessary for living vigorously

It seems that many people describe people with good memory as “intelligent”, but that is a misunderstanding. Of course, it can be considered superior to have extraordinary abilities, but in the first place, memory is different from so-called intelligence.

Again, the hippocampus is part of the limbic system. It is a brain that wild animals developed to protect themselves and survive in a harsh environment where the fittest is the strongest. We never forget where we can find the water and food we need to survive, where natural enemies and dangers are lurking, and how we should respond in times of emergency. By remembering this, animals have survived. Memory is an ability developed for such a purpose. Therefore, a person with a good memory should be described as “a person who has the strength to live.”

Spatial awareness is the same.

The hippocampus is the brain for a strong life. The loss of memory and spatial cognition in diseases such as Alzheimer’s disease, which damages the hippocampus, does not mean the loss of intelligence, but rather the loss of the ability to live vigorously. I hope you understand.

PreviousWhy do people’s likes and dislikes change? The amygdala, which determines the direction of love
NextReuse of thirst and urine: Mechanism of the hypothalamus that protects the amount of water in the body