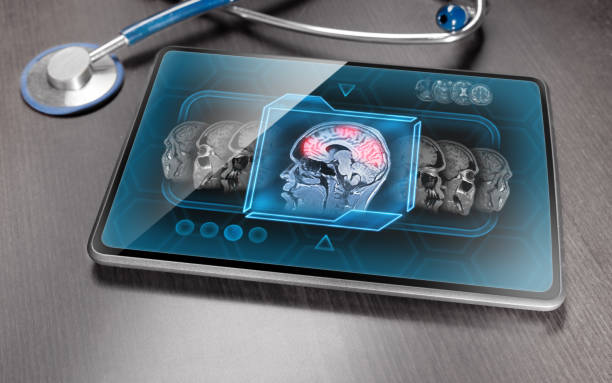 fMRI is the most advanced brain imaging method. Unlike MRI, which can only observe the shape of static tissue, it is possible to know the activity state of the brain. As with the pulse oximeter, the “BOLD effect” is used and analyzed using software called SPM. We will explain what fMRI is, its principle, and what you can understand from it in an easy-to-understand manner.

What is fMRI? Unlike MRI, which only captures still images, imaging technology that reveals even the state of brain activity

When you want to know what’s going on in the brain, it’s difficult to perform surgery and look inside the skull. For that reason, recently, a method has been developed that allows you to see what is going on inside without damaging your body.

Among the brain imaging techniques developed so far, MRI (Magnetic Resonance Imaging) is the most commonly used along with CT (Computed Tomography). , we could only observe the shape of stationary tissue. However, in recent years, it has become possible to know the state of brain activity using MRI. The technology is called functional MRI (fMRI).

fMRI is used not only for diagnosing brain diseases, but also for basic brain research to find out which part of the brain is used when a healthy person is doing something. What is fMRI, which is said to be one of the most advanced methods in brain imaging? I will explain the principle and what can be learned by using this technology in an easy-to-understand manner.

fMRI technology is safer than CT, which uses radiation, and makes it possible to do things that were impossible with MRI

To put it very simply, MRI is a technology that can visualize the shapes of organs in the body by using differences in the behavior of atoms when exposed to electromagnetic waves as clues. ” Technology to see through the brain… What is the difference between CT and MRI ? ” X-rays are applied to the body, and SPECT and PET inject radioactive isotopes into the body, so even if you say that it will be carried out within a safe range, you are still worried. With MRI, which does not use radiation, there is no such concern. Moreover, MRI can be used to observe blood vessels in the brain without using a contrast agent. The inspection takes some time, but recently the technology has advanced significantly, and the inspection time is no longer a concern. After that, if you can see not only still images but also movement, there is nothing to say.

The discovery of a phenomenon called the Blood Oxygenation Level Dependent (BOLD) effect has made it possible to see functional changes in the brain with MRI, which does not use radiation or detect electrical signals.

What is the BOLD effect? ​​Watch blood flow changes with the same mechanism as a pulse oximeter

It turned out that the “degree of oxygenation of hemoglobin”, which is attracting attention with this pulse oximeter, can also be used as a clue to understand changes in blood flow with MRI.

The iron atom in the center of hemoglobin, which is not bound to oxygen, is a divalent cation, so it is paramagnetic (like a little magnet). Therefore, it causes magnetic field disturbance around it, resulting in local reduction of MRI signal. In other words, deoxygenated hemoglobin acts like a “contrast agent” that originally existed in the body, and changes in its distribution can be “visible” on MRI images.

This is the effect of the blood oxygen level on the MRI signal = the BOLD effect.

All MRIs that can simultaneously see morphological and functional changes in brain tissue can be called fMRI, but at present, only BOLD fMRI, which makes use of the BOLD effect, is practically capable of doing so.

BOLD fMRI does not use radiation or contrast media, so it can be measured repeatedly by the same person in a short period of time. So, for example, after one subject underwent an MRI measurement of the brain in a normal state without doing anything, he continued to receive an MRI measurement of the brain in the same way while performing a certain task. Data obtained repeatedly can be compared together.

However, there are some restrictions. The head position must be absolutely stationary during repeated measurements. This is because if there is a shift, the relationship between images measured on different occasions will be unknown. Of course, it’s possible to rearrange the images later so that they fit together, but since it’s a general rule to not move as much as possible, the head is fixed to the pillow with a pad or belt while lying down. It’s hard to stay in that state all the time, so it’s normal to finish the whole measurement within 20 minutes. You have to carefully plan how to proceed in advance and collect data efficiently.

Signals contain a lot of noise, so the raw data doesn’t tell you much. How to analyze the obtained data in order to find the essential phenomena hidden in the noise holds the key to the conclusion. Generally, using software called SPM (Statistical Parametric Mapping), BOLD signals are superimposed on the same brain cross-sectional image as normal MRI, filters are applied to increase sensitivity, and data obtained from a large number of subjects are combined. clustering and statistical detection of significant active sites.

Important factors that influence the value of fMRI

From the explanation so far, you may have easily convinced yourself that BOLD fMRI can be used to see functional changes in the brain, but please wait a moment. In fact, it is necessary to know that there is a major condition that supports this theory.

First, even if changes in the signal measured by BOLD fMRI reflect the degree of cerebral blood flow and oxygenation, they are meaningless. It is nerve cells that ultimately determine the function of the brain, so it is important to know what happens to nerve activity at that time.

It is generally believed that there is a close relationship between the “percentage of oxygenated hemoglobin” and the “activity of nerve cells.” However, it is also known that this is not always the case, and has become a major problem in the field of brain science. It is easy to understand if it is explained as “an image of nerve activity in the brain”, and the pseudo-color display has an impact, so it tends to be touted in various fields. , if you do not carefully judge what the results mean, you risk creating a strange interpretation that can no longer be called scientific. I will discuss this issue in detail in another article.

Second, without functional localization in the cerebrum, there is no point in imaging changes in the measured signals. For example, when our brain tries to process a given task, many neurons are active in different parts of a wide area of ​​the brain that are not particularly spatially divided, and eventually If it works in a network, fMRI would not be able to detect such connections between nerves in distant locations. Conversely, it can be inferred that the data imaged by fMRI is related to a specific brain function because many neurons performing the same function are clustered in a specific area of ​​the brain. This is because of the functional localization of

In brain science in recent years, fMRI technology is often described as having elucidated the functional localization of the cerebrum in more detail, but the opposite is true. Thanks to the efforts of our predecessors, such as those introduced in “ Research on aphasia … What is the cerebral “function localization theory’ ‘ and “ What is a homunculus? Thanks to the fact that the theory of functional localization has come to be accepted to some extent, fMRI can be used to analyze brain function.

I would like you to know well that if either of the two conditions is missing, there is no reason for fMRI to exist.

PreviousCompliments rather than rewards! How to raise a child based on the reaction of the brain
NextWhy is it possible to survive cardiopulmonary arrest? Brainstem function and resuscitation