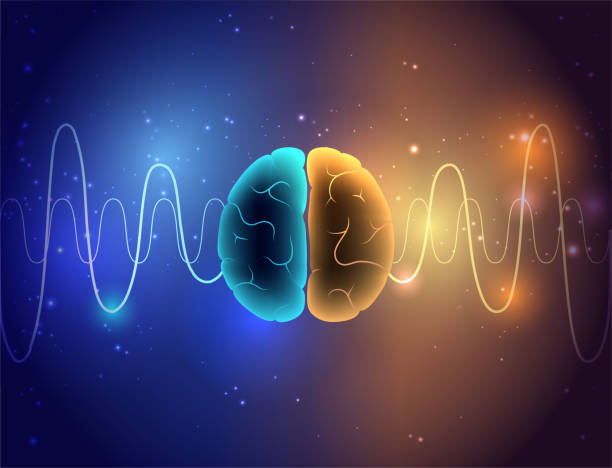 Is the “pain like an electric shock” actually electricity?

The sensation of electric pain and “beep” that we feel. What is it?Neuralgia and strained back pain are often compared to “pain that feels like an electric shock.” The pain is as strong as an electric shock, but when you feel this kind of sharp pain, electricity actually runs through your nerves.

When nerve cells are stimulated and become active, electrical signals are generated, which quickly reach their terminals along long axons. To do. The speed varies depending on the type of nerve, slow ones are about 1m per second, but fast ones can exceed 100m per second. Even if the pain is the same, there may be a pain that you feel slowly and a pain that feels like a stabbing pain. This time, I will explain the mechanism of electrical signals that run through nerves.

Read Also: Is the effect of anesthesia the same as that of pufferfish poisoning? Mechanism that paralyzes electrical signals in the body

The mechanism by which nerves generate electrical signals and transmit them along their axons seems to be similar to the way electricity flows through wires, but strictly speaking, they are not. It was the squid, a marine mollusk, that gave us a clue to clarify this.

You might think that the squid’s “head” is on the top of the body like a three-cornered hat, but it’s actually the stomach. Since it is the part that covers the body like a cloak, it is called the “mantle” in formal anatomical terms. If you open this mantle with scissors or a kitchen knife, you will find internal organs such as the stomach and liver inside. . In the past, people thought these were blood vessels, but in 1936 British zoologist J.Z. Young revealed that they were nerve fibers.

The thickness (diameter) of normal nerve fibers is about 0.1 to 20 μm. Of course you can’t see it with the naked eye. However, the nerve fibers found in the squid’s mantle are nearly 1 mm in diameter and can be picked up directly with forceps. It’s like a thin thread, so people who see it for the first time may think it’s thin, but as a nerve fiber, it’s incomparably thicker than normal nerve fibers. They are called “giant axons” because they correspond to the axons of nerve cells.

And thanks to the giant axons of squid, we began to unravel the mechanisms by which electrical signals are transmitted along the axons of nerve cells, something that had not been possible until then.

Another element that made it possible to elucidate the mechanism of neural excitation was an experimental technique called the microelectrode method invented by British electrophysiologist A.L. Hodgkin. It’s going to be a little technical, but let’s explain the contents of the experiment as easily as possible.

If you apply heat to a hollow glass tube with a diameter of about 1 mm and pull it, you can make a “glass microelectrode” with a very thin tip. The tube of the glass microelectrode is filled with a solution similar in composition to the intracellular fluid. By inserting a sharp tip into a cell, it is possible to measure the potential difference between the inside and outside of the cell. In addition, by inserting multiple glass microelectrodes into the same cell, it became possible to quantitatively measure the current flowing through the cell membrane while maintaining a constant potential.

While working as a researcher at Cambridge University in the late 1930s, Hodgkin met his student A.F. Huxley and moved with him to the Plymouth Oceanographic Laboratory, where he began experimenting with squid nerves. . By inserting a glass microelectrode into the squid’s giant axon, and keeping the potential constant, we patiently recorded slight changes in the current passing through the cell membrane when the nerve was stimulated. As a result, it was found that when nerves are excited and electrical signals are generated, the electrical current is generated mainly by sodium ions (Na⁺) crossing the cell membrane. It is now explained that the reason why Na⁺, which normally cannot pass through the cell membrane, can temporarily pass through is that special proteins called ion channels are prepared in the cell membrane.

Na⁺ is distributed abundantly outside the cell, but only in small amounts inside the cell. There is an ion channel (Na+ channel) in the axonal membrane of the nerve that allows only Na+ to pass. It happens. Moreover, as shown in the figure below, on a long nerve axon, many Na⁺ channels are lined up next to each other. , which stimulates a chain reaction in which neighboring Na+ channels are also opened. This was the mechanism by which electrical signals were transmitted along the nerve axons.

Numerous Na+ channels are lined up on the nerve axons, and these channels react one after another to cause Na+ influx, which is the mechanism by which electrical signals are transmitted (original diagram created by the guide).Hodgkin and Huxley were awarded the Nobel Prize in Physiology or Medicine in 1963. Today, Na⁺ channels are not just a virtual mechanism, but actually exist as proteins, and their structures and functions have been clarified in detail.

When you fall in love, the “Bibi!”

Squid nerves and the human brain may seem quite different, but at least the mechanism of generating and transmitting electrical signals on nerve axons is basically the same. It’s safe to assume that all animals on Earth use the same mechanism.

When you meet a wonderful person and fall in love, you may say, “I’m scared!”, but at that time, nerves in the brain are actually stimulated, and electricity runs along the axons.

It’s kind of strange that the mechanism that worked in the squid’s nerves and our romantic feelings are the same.

PreviousIs the effect of anesthesia the same as that of pufferfish poisoning? Mechanism that paralyzes electrical signals in the body
NextIt’s like the internet in your brain? Nerve cells communicate through synaptic transmission