Home >> Health >> Effective for early detection of stroke! Brain imaging techniques such as CT and MRI

Effective for early detection of stroke! Brain imaging techniques such as CT and MRI 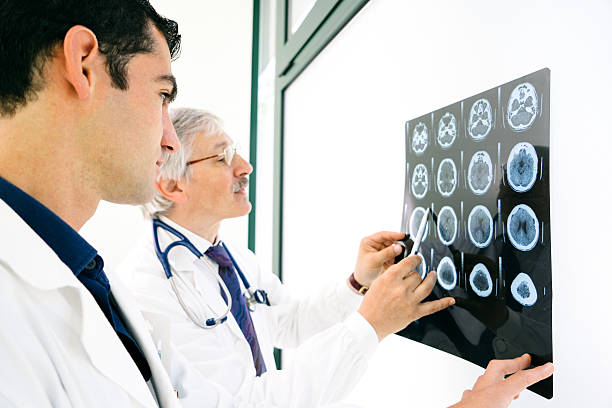 In the past, in order to know the health condition and lesions in the brain, there was no choice but to perform a large-scale surgical operation. Today, however, general medical examinations include screening courses such as “brain docks,” and X-rays, CTs, MRIs, etc., which can be used to easily understand the state of the brain. We will introduce the attractiveness of brain imaging technology that is useful for the early detection of stroke and brain atrophy.

The functional localization of the cerebrum began with research on aphasia patients by Broca and Wernicke in the 1860s and 1870s, and began to be fully elucidated from case studies of various brain injury patients. Also, from around the 1930s, surgical intervention research by Penfield et al. However, collecting cases of brain-injured patients and having to perform large-scale surgical operations is difficult. There are limits to what can be investigated. And above all, the subjects of our research are mainly people who have been ill, so even if we continued this kind of research, we couldn’t really understand what was going on in the brains of healthy people.

The solution to this problem is brain imaging technology, which has made remarkable progress in recent years.

Nowadays, general health checkups include a course called “brain checkups”, so many people may have had CT or MRI examinations. These are useful for early detection of the risk of brain diseases such as stroke and brain atrophy, so if you have not taken it yet, we recommend that you take it once if you have the opportunity.

This time, I will explain the wonders of brain imaging technology, the differences, and the advantages and disadvantages of each.

Read Aslo: What can be learned from MRI of the head: Differences from CT, advantages, and disadvantages

The advantage of CT and MRI is that they do not require general anesthesia like surgery, and of course, they can see through the inside of the brain and examine it without opening the skull and directly looking into the brain. Also, since it can be taken by healthy people, it can be used for fairly basic brain research, such as whether the brain is working when we are doing something.

CT and MRI are well known, but these are not the only brain imaging techniques that have been established so far. These include cerebral angiography (DSA), SPECT, PET, and optical topography. Each has its own characteristics, and there are differences in what can be understood and what cannot be understood, so examination methods will be combined according to the suspected disease.

This time, we will focus on the most basic CT and MRI, and explain the basics of measurement principles and advantages and disadvantages in an easy-to-understand manner.

Why is it possible to shoot through the body in the first place? X-rays discovered by Roentgen

Many imaging tests are now taken for granted, but how is it possible to see through the body without cutting it open? It’s strange when you think about it. As many of you may know, the great discovery that became the origin of this phenomenon was made by German physicist Wilhelm Konrad Roentgen, who won the first Nobel Prize in Physics in 1901.

In 1895, Roentgen accidentally noticed that unknown rays different from cathode rays were emitted from the discharge tube when he was researching “cathode rays” using discharge tubes. And this radiation, which was named “X-ray” in the sense of a mysterious invisible line, had an interesting property. Paper and wood, which are opaque to visible light, can pass through, but human bones and lead did not. As a test, Roentgen placed his wife’s hand on a photographic plate and exposed it to X-rays for 15 minutes, resulting in a photograph showing only the bones of his hand and the metal wedding ring. It was the first “X-ray picture” (roentgen picture) to see through the human body. It is said that Roentgen opened an X-ray photo studio and gained popularity because he could take interesting pictures.

After that, I realized the importance of this epoch-making technology that “can see through things”, and X-rays were applied to medicine. Specifically, there are chest X-rays (X-rays) to detect lung and heart abnormalities, and gastric X-rays to detect abnormalities in the esophagus and stomach by irradiating the abdomen after swallowing barium. inspection was established. I myself am also indebted to the annual medical checkup.

X-rays are also useful in fields other than medicine, such as baggage inspection at airports to find metal and other foreign objects, and analysis of historical heritage such as Tutankhamun’s golden mask.

Whether or not X-rays can pass through an object depends on the size, density, and thickness of the atoms that make up the object. Our bodies are mostly made up of relatively small atoms such as carbon (atomic number 6), hydrogen (1), oxygen (8) and nitrogen (7), whereas bones are made up of calcium (atomic number 20). Because it contains , it is difficult for X-rays to pass through. Barium (56), which is used in stomach examinations, and iron (26), which is a metal, do not easily pass through X-rays, so they appear as shadows in photographs.

Read Also: What can be learned from MRI of the head: Differences from CT, advantages, and disadvantages

X-ray photography technology was revolutionary, but X-ray photography alone is not enough to distinguish fine details. The presence or absence of intracerebral hemorrhage cannot be accurately determined from X-rays alone. Therefore, by accumulating and reconstructing a large amount of image data obtained using X-rays in a computer, a technology that has made it possible to image the state of a “cross section” in the tissue is called “CT (Computed Tomography).” tomography)”.

CT scans can be used to examine the inside of the brain in a very short period of time and without putting a strain on the body. In particular, blood clots called “hematomas” are clearly visible in white, making them ideal for confirming the presence of intracerebral hemorrhage.

However, since the amount of radiation exposure is large, it is better not to perform it frequently, and the examination of the base of the brain is somewhat difficult with head CT, and small lesions cannot be detected.

MRI examination in brain examination: In addition to detecting cancer and cerebral infarction, it is also possible to monitor the progress of cerebral aneurysm

MRI is a method that is completely different from X-rays and CT, and it can see the inside without damaging the body.

Since it does not use radiation, there is no need to worry about its health hazards, and it is possible to detect areas where cells have swelled due to cancer or cerebral infarction. It is possible to see more finely than CT, and it is easy to find cerebral infarctions that are not clearly visible on CT. It can also be used for monitoring the progress of cerebral aneurysms, and it is also attractive because it can examine lesions near the skull, which is difficult for CT.

The examination takes about 10 to 20 minutes, and there are restrictions such as those who have metal in their bodies such as pacemakers cannot undergo the examination, but the technology is advancing day by day.

For people who used to have to open the skull to see inside the brain, this technology is like magic. Today, when we can use such technology, we would like to take advantage of its merits and use it to maintain our health.