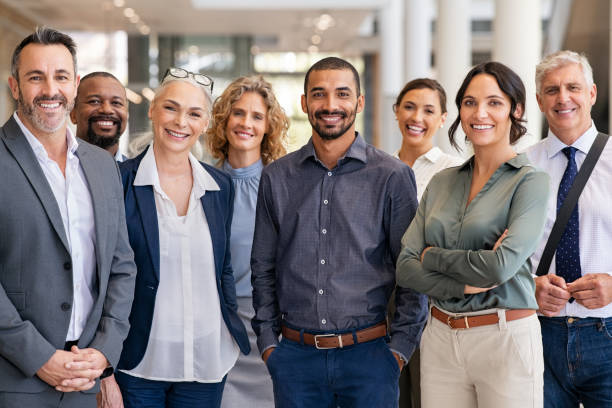 If there are people who do not cooperate or are lazy, those who are working hard will lose money and the productivity of the organization will decrease. We will tell you what you need to do to prevent “hard-working people” from burning out at work, school, circles, home, etc.

What is an organization where people who do not cooperate or who are lazy do not occur?

Managers and team leaders who are entrusted with the role of “leading people” often feel stressed by the movement of members. “Some people don’t cooperate with me”, “I wish they would act more independently”… Those who have taken on the role of a leader must have had more than a few experiences like this. Why is it that when

Read Alos: What is Personal Space?

Why Individuals Tend to Skip in Groups: What is “Social Loafing”?

I used to do everything by myself when I was living alone, but when I moved in with my partner, why did I stop doing everything?When people are in a group, they tend to think, “Even if I’m the only one who is a little lazy, it won’t have much of an impact.” Thus, in a group, individual effort and action is diminished.

You can make a perfect plan for a trip alone, but you leave it to others to plan a trip with your friends… All of this is social loafing.

The results of efforts made in group activities are not necessarily directly linked to one’s own profits. That’s why there will be people who cut corners in the group. Most of the “social loafing” is not malicious and is often done unconsciously.

Nonetheless, if “social laziness” is left unchecked, those who work hard for the sake of the group will lose out, and only those who think only of themselves or who are good at laziness will gain. If it gets worse, it may be overflowing with “free riders” who “free ride” on other people’s achievements . As a result, the productivity of the organization is declining.

Here are a couple of tips to help you avoid social loafing.

How to prevent “social laziness” 1: Decide exactly what you should do

If “work to be done” is decided, you can actively participate without leaving it to othersWhen several people gather, it is to decide exactly what each person should do.

In the situation where “the person who notices should do it” or “everyone should do it”, in the end, the burden will be biased only on those who work hard, and those who cut corners will benefit. It is necessary for each and every one of us to have a “job to do”

, not only at work and school, but also at small private gatherings . For example, when camping with friends, the leader should not be the only one responsible for the work. It would be a good idea to leave the “work to be done” according to the personality and special skills of the person. If there are a lot of people, it would be a good idea to create a number of units, such as two-person pairs, so that all members have the awareness that they are playing a role. However, in order for the leader who acts as the organizer not to be hostile, the leader himself should also inform the members of the content of his work. In particular, it is better for the leader to do the “essential” work such as communication, coordination, and scheduling.

How to prevent “social loafing” 2: Give rewarding with “positive feedback”

If you say, “It was very good,” you can think, “I’ll do my best next time.”It is also important to give “positive feedback” to each job. For example, if someone reserved a place for a drinking party, you should praise them for their work, saying, “You’re good at choosing a place . “

Even if you are left with the feeling that “this store wasn’t good enough,” don’t go out of your way to point it out and lower your motivation next time. It would be a good idea to casually tell them what needs to be improved, such as, “This store was good, but maybe this kind of store would suit our members better.”
A leader’s ability to show off is to make sure that the people who have worked hard are not embarrassed, and to make them feel that they are glad that they were able to help, and that they want to cooperate again. If it is effective, the members will not feel that they are being forced to do something, they will enjoy their assigned roles, and they will come up with various ideas.

Social loafing is a natural phenomenon. Prevention is the key

It’s only natural that when a few people get together, social loafing will occur. That’s why it’s important

to anticipate social loafing in advance and create conditions that make it difficult for it to occur .It may be difficult for the person in the role of the leader at first, but if the cycle works well, the members will become more independent and the leader will feel more comfortable. By all means, please try it in a familiar group such as home, school, workplace, circle.

PreviousWhat is Personal Space?
NextHow can people who have lost their purpose in life overcome their grief? How to Recover from “Object Loss”